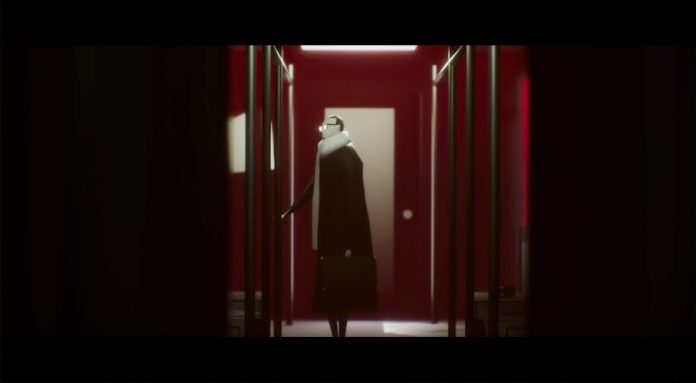 Imagine the worst journey home from work you’ve ever had.

As bad as traffic, public transport delays and inclement weather may be, it’s not a patch on The Plane Effect‘s protagonist’s journey home from work. He’s got alternate realities, deadly drones, crime scenes and sewer-tentacles to deal with. And all just simply trying to get home from the office. Certainly less than ideal.

A surreal adventure about simply trying to make your way home, The Plane Effect has a lot going for it. Its atmosphere is excellent, and as you move from one level to another, the ambience simply grows, creating a world that you don’t quite understand but can’t help but get lost in. It looks fantastic too; a minimal colour palette has been employed to great effect. That helpless dystopian vibe is absolutely nailed here.

Unfortunately, the gameplay is where The Plane Effect lets itself down somewhat. Employing a mixture of puzzles and platforming, there are more moments of frustration than intrigue, which becomes a problem as you fight to progress to the end of the game. Try as you might to get this poor man home, chances are you might just feel like abandoning him halfway. 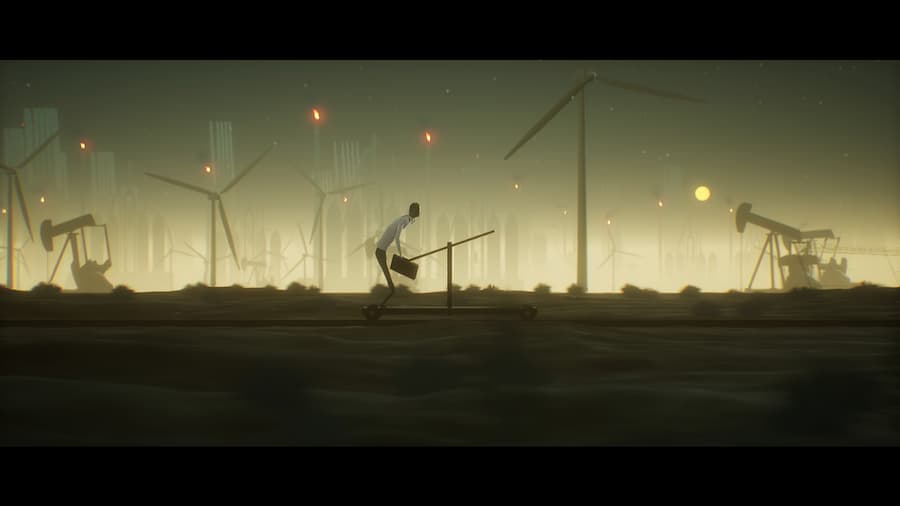 The Plane Effect‘s puzzles are obtuse in a way that’s typical of the point-and-click genre. On your own, you’ll spend a considerable amount of time agonising over each environment, wondering what item you need to pick up before you can move on. Developers Innovina and Studio Kiku are clearly aware of that, however, and have baked a hint system directly into the game. Turn it on, and pressing L1 will point you to exactly where you need to go next. Depending on the nature of the puzzle at hand, you still might have to put some thought into solving it, but it at least takes the frustration out of just finding stuff.

What remains frustrating, however, are The Plane Effect‘s platforming sections. Often, you’re simply moving forward in a straight line, which is fine. Other times, however, you have to move vertically through an environment, perhaps via a spiralling walkway, or a Escher-inspired staircase. Thanks to the fixed camera position, it’s often impossible to accurately control where you’re going, and so falling from great heights several times over might become a regular thing. You won’t take fall damage, but you will have to make the climb all over again, which is more than enough punishment. 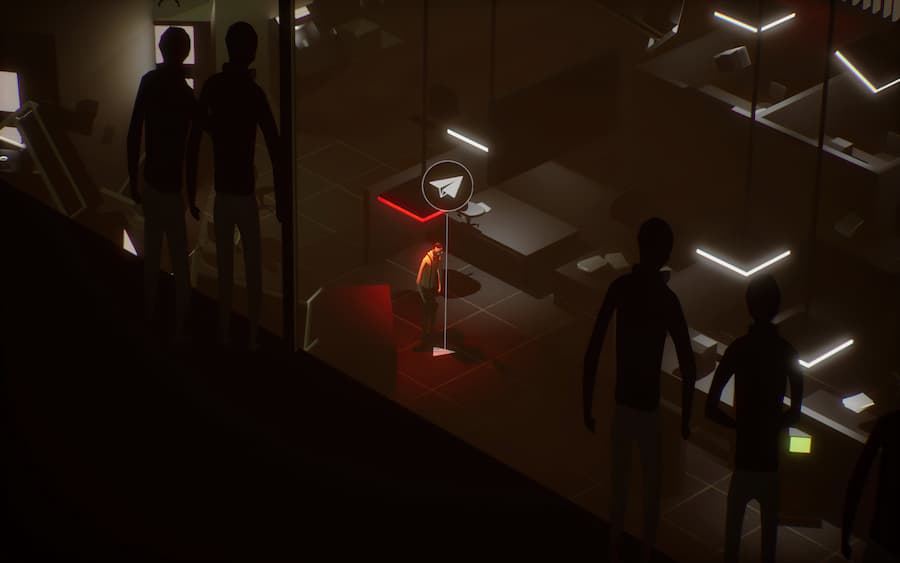 Still, even with its frustrations, there’s something alluring about The Plane Effect. Its art style, its eerie and slightly unsettling soundtrack, its dystopian sci-fi vibe; it all leaves you with questions that you’ll be desperate to get answers for. It’s just a shame that the gameplay you’ll need to endure in an attempt to uncover those answers isn’t as enjoyable as it could be.

This review of The Plane Effect is based on the PS5 version of the game, facilitated by a code provided by the publisher. It’s available on PS5, Xbox Series X, Switch and PC.