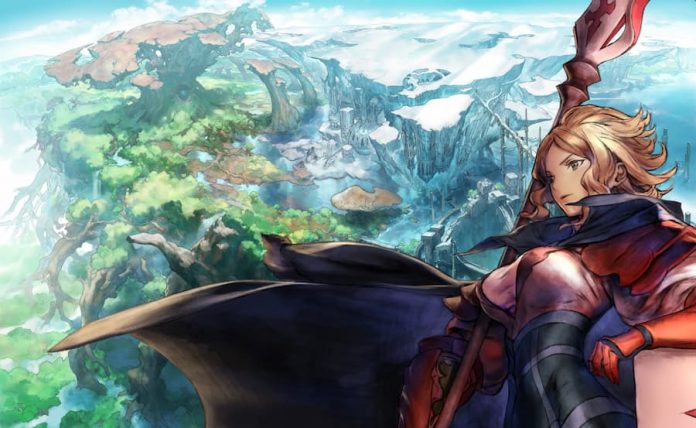 JRPG fans have an upcoming title that really ought to be on their radar: Astria Ascending, coming to PC and console later this month.

I’ve just spent a short amount of time playing a preview build of the game. I say “short”; purposefully so, because I don’t want to spoil much of the game when it comes to full release. But I’ve spent enough time to know that this could well be something special. It looks fantastic, plays wonderfully, and its turn-based combat will be instantly welcoming to anyone who’s played an old-school JRPG before. This has all the trappings of a classic title in the genre – wrapped in a sumptuous, modern package.

Astria Ascending‘s visuals alone sell it for me. Screenshots don’t quite do the game justice. In motion, it’s silky smooth, and you feel like you’re running through watercolour paintings; screen after screen of beautifully-crafted environments. The characters, too, all pack in plenty of style – and there’s enough of them. Your main character, Ulan, is joined by a large party of eight. Each one of them belongs to a different class, all boasting their own abilities and skills.

There’s a key difference between Astria Ascending and a typical JRPG; it plays on a 2D plane. There’s no exploring 3D environments here, although there may be doors or pathways in the background that you can interact with. Although it’s not an altogether unique mechanic – Dragon’s Crown does it, too – it makes it stand out from the majority of the pack. It also allows you to soak in those sumptuous backgrounds without ever getting lost within them. 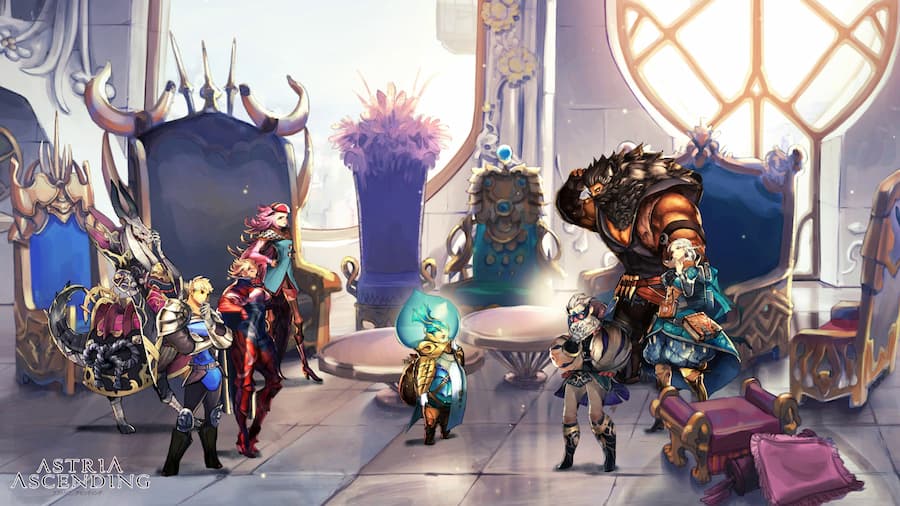 Combat is your standard turn-based affair. Each character has a standard weapon attack and a number of magic spells up their sleeves, with more to be learned and unlocked as you progress through the story. You’ll need to exploit enemies’ weaknesses to truly turn the tide of battle; simply swinging your weapon and hoping for the best won’t get you very far for long. You’ll often be facing against multiple enemies at once and so you’ll need to keep your wits about you.

Exploration and combat isn’t all there is to do in Astria Ascending; there’s plenty of stuff I have yet to get a taste of myself. Of course, like any JRPG you’ll acquire new equipment as you play, allowing your party to get tougher. Your party members also have jobs and “Ascension Trees”, allowing them to grow in various ways as you progress. And along with the game’s main combat, there’s also an in-game boardgame known as J-Ster which players can master. 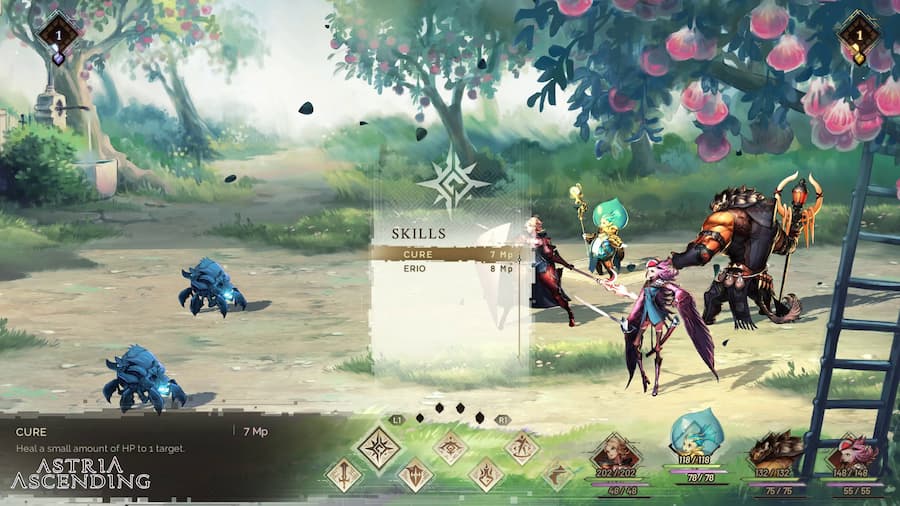 Needless to say, then, there’s a lot to look forward to in Astria Ascending. Yes, its dialogue seems a little cheesy but that’s a small price to pay for an RPG that looks this stunning. I can’t wait to play more.

Astria Ascending is coming to PlayStation, Xbox, Switch and PC on 30th September. You can see some gameplay in action in the video below. We’ll have more on the game closer to release.