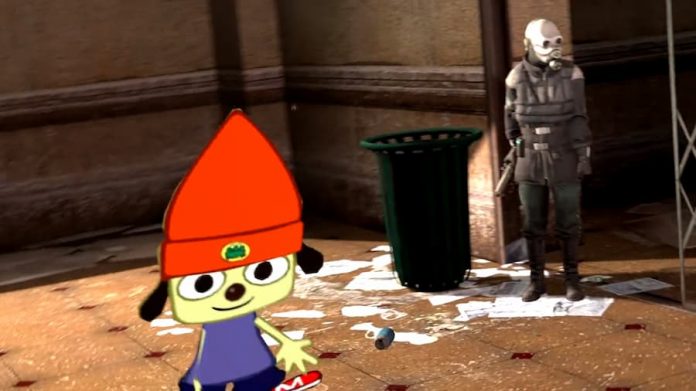 Could we be getting a new Parappa the Rapper game? No. But we’re still glad to see him back, albeit briefly.

Parappa the Rapper is the two-dimensional, paper-thin star of two Playstation 1 music games, Parappa the Rapper and Parappa the Rapper 2. He also had a brief cameo in Um Lammy Jammer, also developed by NanaOn-Sha, and even got his own anime series. Why? Because he’s an adorable, well-meaning, buffoon, that’s why. Plus he’s a rapping dog, which definitely helps.

His latest appearances sprung from a bizarre edit of a Batman/Teenage Mutant Ninja Turtles crossover comic. The comic originally had Batman standing next to Ninja Turtle Raphael, uttering the words “This is where I watched my parents die, Raphael.” At some point, Raphael was swapped for Parappa who, operating on autopilot, rappeds Batman’s solemn utterance right back to him.

This went viral, but it didn’t stop there. One Twitter user, bradois, voiced the panel, delivering Batman’s lines in a suitably gravelly voice. They also added Parappa’s which, it would seem, have been taken from one of the original games. The result was impressive but then another talented individual turned it into a proper Parappa-style animation and.. well, we’ll let you watch the glorious, glorious result for yourself.

this is where i watched my parents die parappa#ParappatheRapper #Batman pic.twitter.com/wTzI4Ft1vg

But it doesn’t stop there. The gags have continued and, and Parappa has been dropped into other comics, movies and games. He recently paid a visit to Half-Life 2’s City 17, getting into a fracas with the Combine. Parappa’s popularity will, presumably, wane at some point but right now we can’t get enough of these. 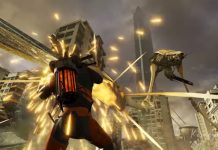