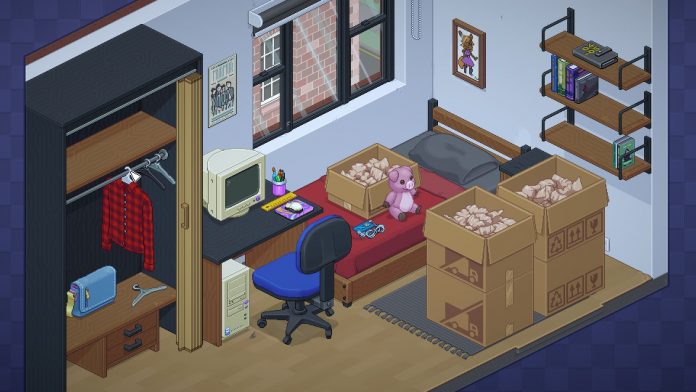 Unpacking, a puzzle game that challenges you to put your stuff back after a move, now has a November release date.

Let’s face it, no matter how much Marie Kondo goes on about “sparking joy”, when you move house you’re lucky if you throw a single thing out. Sometimes you end up with more stuff than you originally had, as if someone had sneaked into the moving van and shoved another couple of boxes in there.

That’s where Unpacking comes in. This gorgeous pixel-styled “zen” puzzler challenges you to unpack a host of virtual moving boxes and put the items neatly around your house. And by “neatly” we mean somewhere other than under the bed or into that cupboard you never dare look in.

There’s shades of Tetris here, though Unpacking looks to be much, much more relaxing than that frenetic block game. That said, we’re faintly disturbed by that stuffed pig that keeps turning up in different rooms in the trailer. We’re hoping this isn’t going to turn out to be some Doki Doki Literature Club style switcheroo where the pig will murder you if it’s not happy with the way you’ve arranged you possessions.

You can wishlist Unpacked on Steam right now and pick it up this November 2nd when it’s released on PC, Xbox One, Switch, Linux and MacOS.