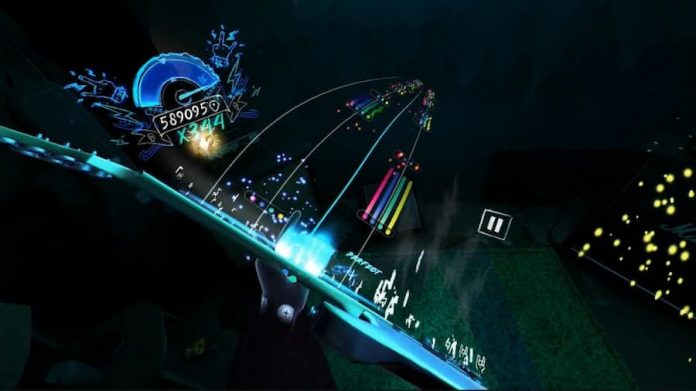 Unplugged Air Guitar, hitting Oculus Quest next month, sees you rocking the hell out with the assistance of Steel Panther’s Satchel.

This is a lot less chaotic than it sounds because, despite the name, you’re not just flailing around grappling with an invisible guitar. It might look that way to outside observers but inside the headset you’ll have a virtual instrument, visible only to you, with chords that you need to strum by placing your fingers in the right place.

Aside from Satchel egging you on, you’ll also get to fill your ears with a wealth of rock tracks. Vertigo Games have revealed a few of the songs on the tracklist which are as follows:

There are more to come; we’re hoping for a little Alice Cooper in there and, while we’d like some Lordi, we’re not sure Hard Rock Hallelujah will fit in with the tone of the game.

What’s particularly interesting about Unplugged Air Guitar is that it’ll use finger tracking, not the Oculus Quest controllers. We’ve dabbled with finger tracking, holding your hands in the Quest’s field of view, and while it’s been okay we’re not sure if could handle fast riffs and so forth.

We’ll find out if Unplugged Air Guitar can bring the noise when it hits the Oculus Quest and Oculus Quest 2 this October 21st. A PC VR release is set to follow.