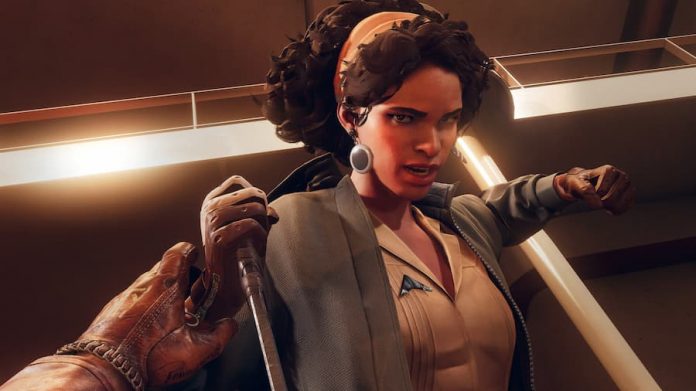 With a name like Deathloop, you’d expect both dying and looping pay a big part in the game. You’d be right. But what exactly happens when you die in Deathloop?

When you die in Deathloop, no matter what time of day it is, you’ll wake up in the morning, of the same day. You see, the island of Blackreef is stuck in a time loop. The same day plays over and over again. Your character, Colt, is determined to break the loop – but it’s not an easy task. And he’s going to die, a lot, while he tries to do it.

But what happens when you die? What items will you lose, and how much progress will you lose? Well, that depends how far you got before you died. The answer, most likely, is you won’t lose anything massively important.

Many of Deathloop’s missions are about finding information. You may have to go to a specific location, and find a note that has a key piece of intel on it, for example. Maybe it’s a code to access a door; maybe it’s some vital clue to a person’s whereabouts. But once Colt has found that information, it’s his forever. Even if you die seconds after finding it, you won’t have to find it again. It’s locked in.

What you will lose when you die, however, is any Residuum you’d gathered, and any pieces of equipment you picked up that you haven’t yet Infused. As such, make sure you spend any Residuum between each part of the day so you always minimise what you might lose.

Remember, thanks to Colt’s ‘Reprise’ ability, he can die twice and come back, without losing any progress. When this happens, Colt’s body will remain in the environment for you to harvest your Residuum from. If you don’t collect it, you’ll lose it forever (and if you die a third time, you’ll lose it forever).