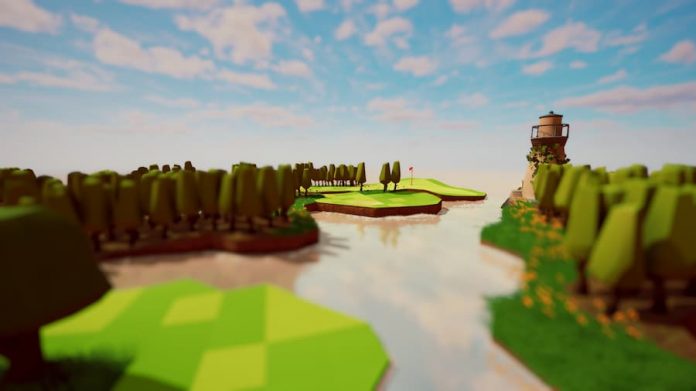 Don’t dismiss A Little Golf Journey just because you’re not a fan of golf. This beautiful little puzzler is way more than a round on the fairway.

It’s hard not to be instantly charmed by A Little Golf Journey‘s wonderful art style. It’s like a world in miniature; everything is superbly presented, which makes working your way through the game’s 100-plus levels a visual treat. Even better, playing the game is a lot of fun, too.

This both is and isn’t a golfing game. There are golfing sensibilities here – your goal is to putt the ball in as few moves as possible, after all. But you’ll never hear the words ‘par’, ‘bogey’ or ‘eagle’ being thrown around. And rather than sticking to the fairway, you’ll want to look for shortcuts, getting to the green in as few moves as possible.

For each level in A Little Golf Journey, accessed via an overworld map, there’s a number of stars up for grabs. The better you perform, the more stars you’ll earn. And getting stars is important, because as you progress you’ll regularly come across gates that only let you pass if you’ve garnered the requisite amount of stars. They’re not usually too difficult, but you’ll not be able to sail through the game if you’re only getting one star on each level. 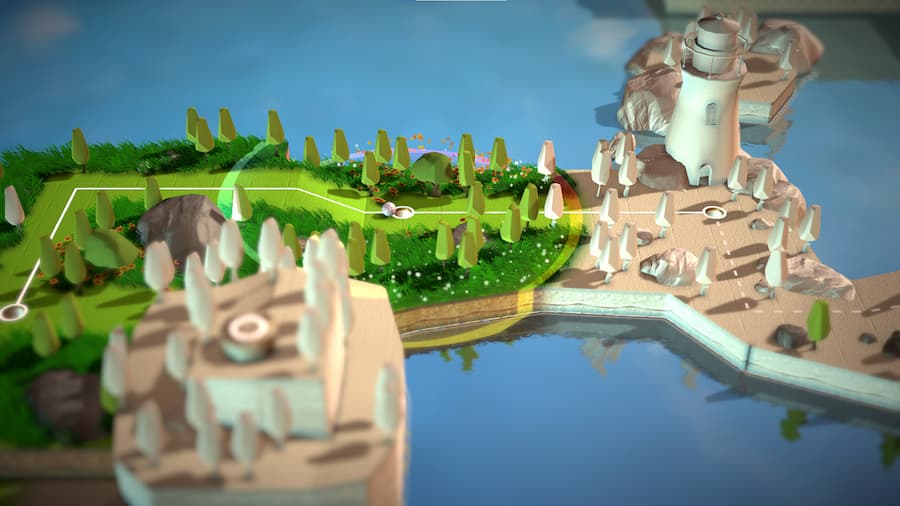 Achieving the best score, then, means panning around each level, scoping out any secrets – because there are some of those to be found, too – and looking for possible shortcuts. Sometimes, the name of the level itself may give you a clue as to what you need to do – cut across a lake, or swing over the trees. It’s never easy, however. Even the earliest levels will likely take a few attempts until you find the optimum route. And until you fully learn the tricks that A Little Golf Journey has up its sleeve, getting full marks on a later level may seem absolutely impossible.

Thankfully, you do have a good amount of control over where the ball goes. You can adjust the distance, and use the ‘boost’ button if you want to go as far as possible. Holding down another button will allow you to make your shot extra-accurate, too. Time your press just right, and that sometimes means getting a hole-in-one from a great distance. It’s always a thrill when that happens. 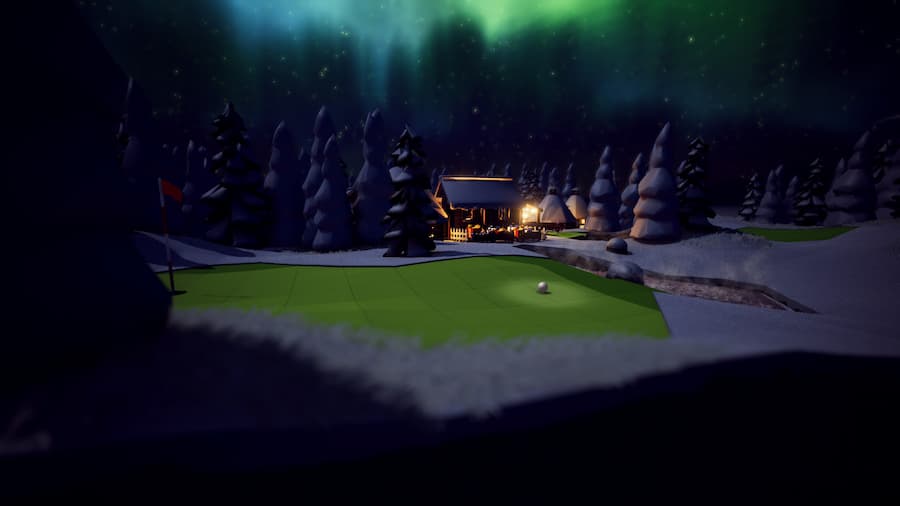 Because solving each level in A Little Golf Journey is a bit of a puzzle, it means that simply pelting your ball as far as it goes is rarely the best course of action. Sometimes, a small, considered tap is all you need to end up in the right place. Other times you might need to move in what seems like the wrong direction in order to access an all-important shortcut. Finding the right route may take a few attempts, but nailing a level feels like a true accomplishment.

The ‘secrets’ hidden in some of A Little Golf Journey‘s levels are particularly delightful. These come in a couple of different forms: sometimes, there’s a hidden hole to reach other than the main hole on the green; and, on some levels, you’ll notice a sparkling tile. Hit the sparkling tile, and you’ll be given a timed challenge – follow the path that appears on screen with your ball, or hit a number of sparkling targets as they appear. Manage to succeed in the challenge, or put the ball into a hidden hole, and outside of the level you’ll gain access to a secret area of the map. That secret area may instantly give you access to a number of stars, or it may lead the way to yet more levels. 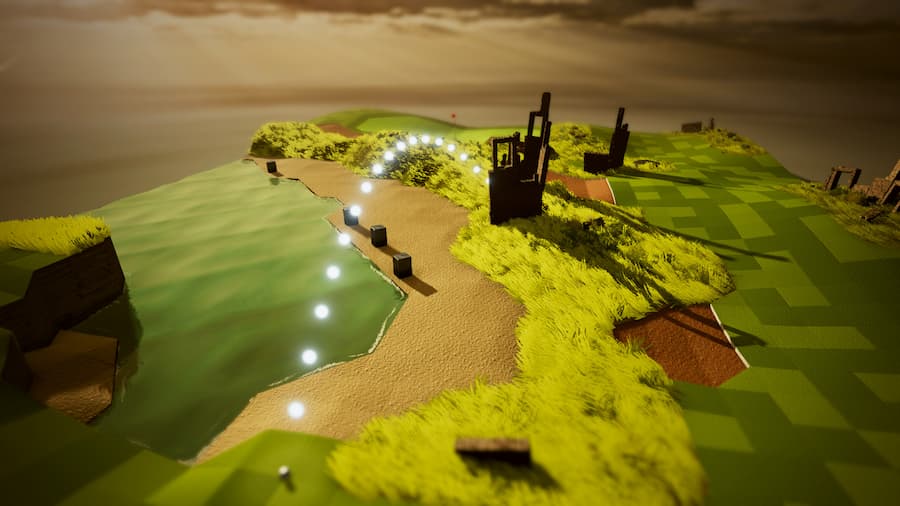 On Switch, A Little Golf Journey feels like the perfect game to pick up in short bursts, playing a few levels at a time. That’s not to say you won’t get sucked into the joy of its gameplay loop, however; it’s all too easy to keep saying ‘just one more level’ and before you know it, two hours have gone and you’re having a lot of fun collecting as many stars as you can. Going back to previous levels to try and beat your last performance is tempting, too, which means there’s plenty of replayability here. It also helps that on the Switch’s handheld screen, A Little Golf Journey looks fantastic. Its visuals are crisp and its gorgeous colour palette jumps off the screen.

Don’t write A Little Golf Journey off if you’re not a golfer. This gorgeous little game is more about solving puzzles than the sport, and it blends the two perfectly. Presented in a wonderful level-based package, finding the best way to putt the ball in each level provides a simple but effective gameplay loop that will keep you coming back for more. This is a game that’ll test your thinking skills, but you’ll also have a lot of fun at the same time.

This review of A Little Golf Journey is based on the Switch version, via a code provided by the publisher. It’s available on Switch and PC.

A Little Golf Journey is Out Now on Switch and PC