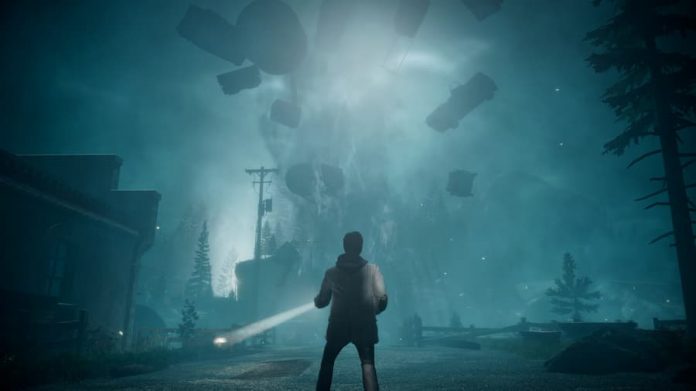 Released exclusively on Xbox 360 back in 2010, Alan Wake‘s reception was disheartening.

While it received generally positive reviews, sales were slow. Even worse, it caught the attention of pirates, being downloaded illegally more than 1.14 million times. Alan Wake has gained cult status over time though, helped by a PC port in 2012. And so here we are over ten years after its original release with Alan Wake Remastered, notably bringing the game to PlayStation formats for the first time.

As a remaster Alan Wake Remastered is everything you’d expect it to be. It bundles up the original game with its two bonus episodes previously released as DLC content, presenting players with a total of eight episodes to make their way though. And anyone that loves a good story is sure to do so, as long as they’re not easily scared. The visuals have had a decent upgrade too, of course. There are still some signs that this is an old game given a bit of a touch up – the character models and animations aren’t the best, for example – but on the whole it’s still very nice to look at.

Alan Wake finds the titular writer taking a break with his wife, Alice – they’ve booked a cabin in the picturesque town of Bright Falls. Unbeknownst to him, however, Alice has ulterior motives; he’s had writer’s block for some time now, and she hopes the change of scenery might stir something within him. In the end the break doesn’t turn out how either expected, with Alice seemingly being dragged into a nearby lake, and Alan doing his best to save her while being pursued by a dark presence. 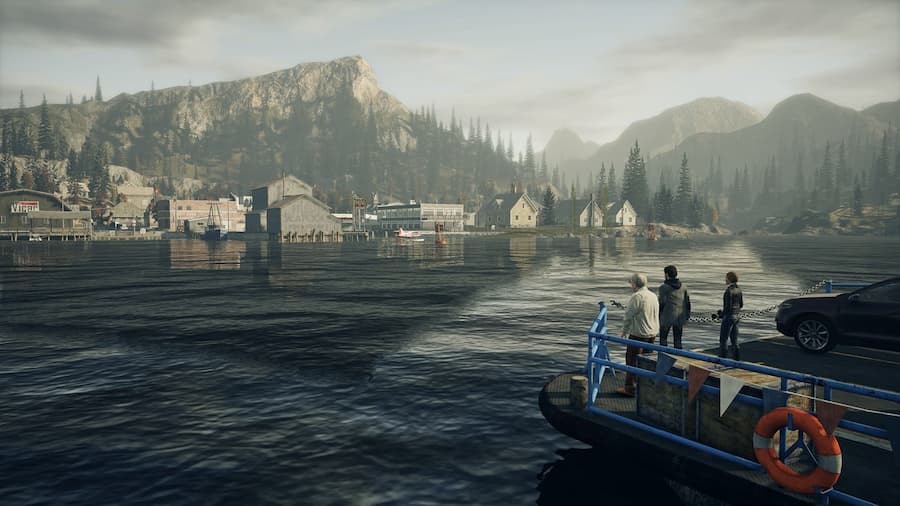 While it’s the story that will compel you to make your way through Alan Wake once it has you in its grasp, its unique blend of action and adventure will make nearly every minute of playing it a delight. Each episode throws up its own locations for you to explore, and while you progress in a linear fashion, they do offer a welcome amount of freedom at times. You’ll want to go off the beaten path in order to find collectibles such as manuscript pages which flesh out the story, and other media such as Night Springs TV episodes and radio shows.

It’s the combat of Alan Wake that’s perhaps the most exciting though, being a little more involved than just pointing a gun a gun at an enemy and shooting. You see, with enemies possessed by some sort of dark entity, you first need to dispel the darkness that protects them before pumping them full of lead. Your torch, then, is just as valuable for your protection as your gun. Though there are other light sources you can make use of too, such as flares.

With multiple enemy types on offer, combat is a perilous dance where you need to be aware of what’s around you, and be ready to focus your torch on any attacker that gets a little too close for comfort. But focusing your torch also drains its batteries, and with them in limited supply, your use has to be measured. It gets particularly troublesome to find the balance later in the game, when even inanimate objects get possessed by darkness and are flung at you with force.

At times, your best option is to flee rather than fight – but being a writer, you’ll find that Alan isn’t very fit. He’s famously out of shape, leading him to quickly get out of breath and all too easy for his dark pursuers to catch up with him. There’s always safety in the light though, so if you can just make it from one light spot to another, you should be fine. Alan can also dodge enemy attacks if you can get the timing just right, but it’s often easier said than done. Activated via the same button used to run, he also has an awkward habit of dodging when he’s not in immediate danger but you want a burst of speed. 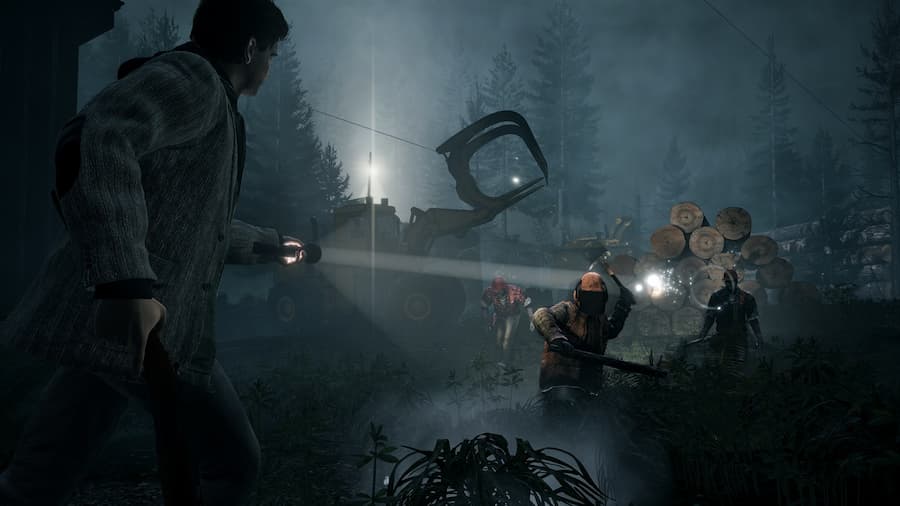 Dodging issues aside, the combat found in Alan Wake Remastered is just as exhilarating now as it was all those years ago. Tension grows as hulking lumberjacks move menacingly closer, your torch wearing away at their protective darkness just in time for you to empty a couple of shotguns shells in their face. Though not much compares to the feeling of glee as you wipe out a small group of lesser enemies with a perfectly-thrown flashbang grenade. Throw in some outlandish battles against heavy machinery, and you have a game that always entertains and quite often surprises.

If you’ve never played Alan Wake before and love spooky games with strong stories and plenty of action, consider this remaster a must-have. Thanks to its upgraded visuals, ardent Alan Wake fans are likely to want to pick it up, too, and they won’t be disappointed. This is a game that has stood the test of time, and now being available on more formats than ever before, it’s time for it to step into the light and truly be seen.

This review of Alan Wake Remastered is based on the PS5 version, with a code provided by the game’s publisher. It’s available on PS4, PS5, Xbox One, Xbox Series X/S and PC.