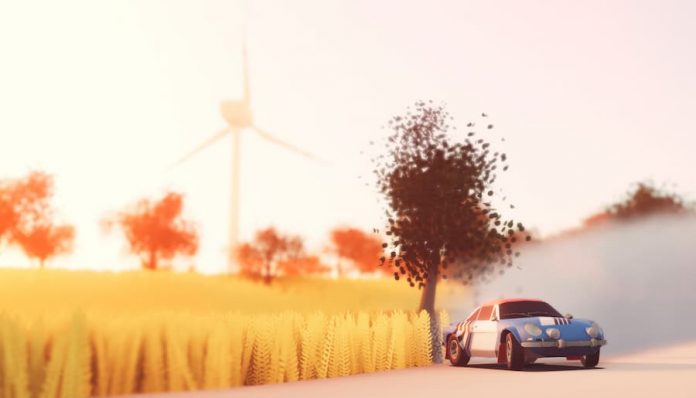 Art of Rally wants to take you back to what many consider to be the golden age of rallying.

In the world of Art of Rally, Group B was never discontinued. And so, those who are up to the task can still race in these monsters, truly testing their skills. Group B isn’t all that Art of Rally has to offer though. In fact, jump into the game’s career and you’ll have to earn the right to race in Group B, starting at Group 2 and progressing upwards. And then there’s Group A and S beyond.

Art of Rally, then, is a true rally game, despite what its minimalistic visuals and pulled-back camera may suggest. It may look somewhat cute and arcadey, but the cars here demand nearly just as much skill to drive as they do in other rally games such Dirt Rally 2.0 and WRC 10. The vehicles aren’t licensed though, unfortunately, so while they may look familiar, they all have silly names.

Career mode is the main event of Art of Rally, challenging players to start in Group 2 and work their way up by completing rallies. There are multiple championships to complete for each group, and while they initially just task you with completing just one rally with a couple of stages, they get more and more demanding as you progress. Ultimately, they can draw from six rallies, each with six stages and reverse variants. 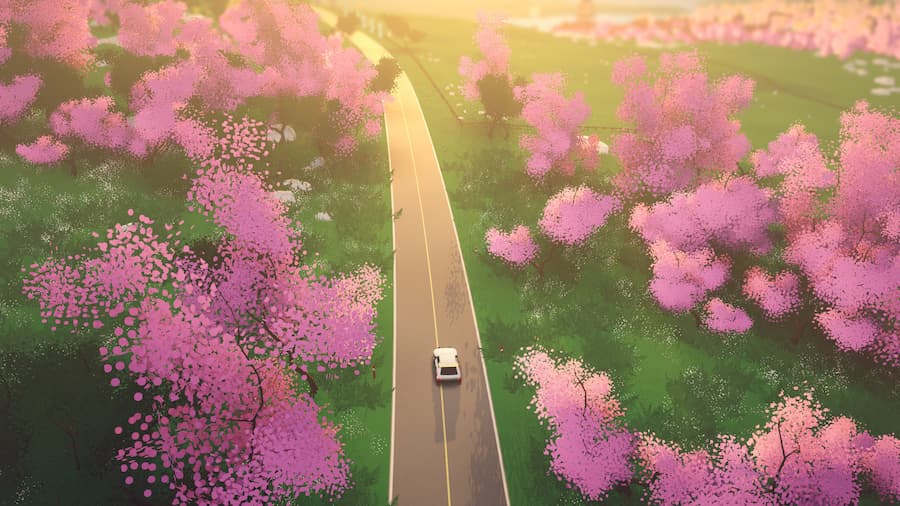 Perform well in career mode and you unlock new classes, as well as new cars and liveries. Perform not so well, and you’ll find yourself at an impasse, forced to either lower the difficulty of the AI, turn up the assists or simply get better. Art of Rally is challenging, but certainly not in a way that’s frustrating or feels unfair. The handling model is solid, and so all it takes is a bit of practice to improve your skills, and the results are rewarding.

One of the most notable aspects of Art of Rally is that, thanks to the camera being pulled back, almost as if it’s attached to a drone high up in the sky, there’s no need for a co-driver to shout pace notes at you. It leads to a more relaxed experience. As you can actually see the severity of the corners coming up it’s less stressful, and you can concentrate more on driving than listening to your co-driver shouting things at you. 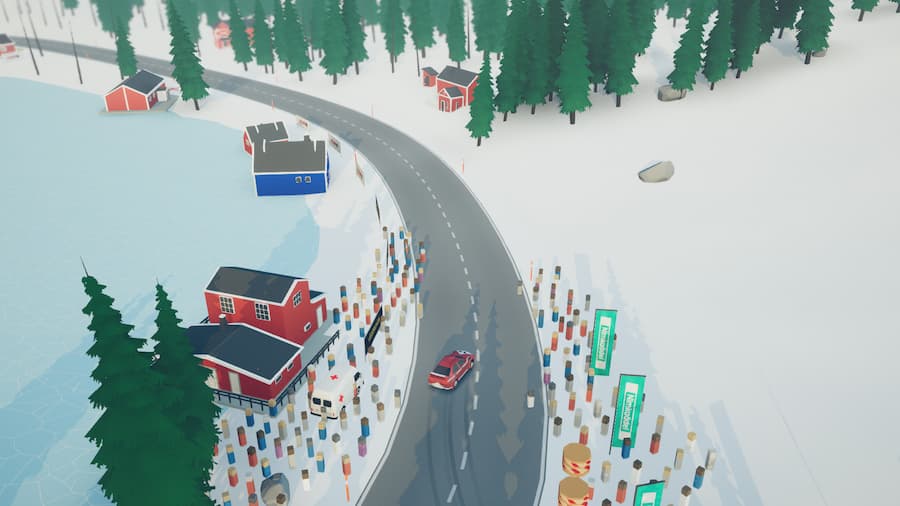 Outsider of career mode, there’s the obligatory custom rally option, allowing you to set up your own events, as well as time attack where you can try to post the best times you possibly can. There are online events, too, in the form of daily and weekly challenges with leaderboards. It’s free roam that’s perhaps the most interesting though, allowing you to explore six environments at your leisure. And of course, there are collectibles to find in them.

Art of Rally is one of the most unique rally games ever made, and it’s all the better for it. It defies your expectations by being a pretty serious game at its heart, despite being fun and light-hearted on its exterior. And yet while it is challenging, it’s also relaxing at times, with its mix of minimalistic visuals, disarming music and lower-stress rally action almost putting you into a trance when everything aligns. Whether you’re a fan of rallying or just like racing games in general, Art of Rally deserves your attention.

This review of Art of Rally is based on the PS5 version, with a code provided by the game’s publisher. It’s available on PS4, PS5, Xbox One, Xbox Series X/S, Switch and PC.