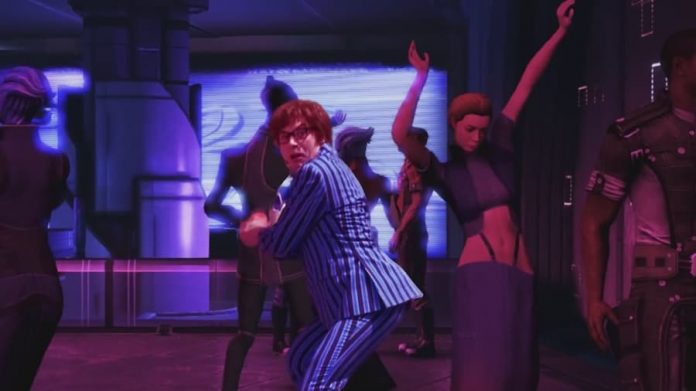 A: One is an oversexed, barely competent clown who spends half the time thinking about who he can shag and the other’s Austin Powers. Thank you, we’ll be here all week. So, with those glaring similarities, it’s not surprising that Mike Myers’ buffoonish super-spy has made his way into Mass Effect.

Sadly, we’re not talking about a fully-blown mod but this mash-up video, “Austin Powers in Mass Effect”, is the next best thing. Even without the comedy factor, it’s an astonishing technical accomplishment. Why? Because creator “eli_handle_b․wav” hasn’t just taken scenes from the sci-fi game trilogy and slapped them together with moments from the Austin Powers movies, as some video creators might.

Instead, they’ve removed Austin himself from the films and placed him seamlessly(ish) into the game. The result is absolutely magnificent, with Austin taking ineffectual pot shots at a Reaper, wrecking the Mako while Garrus and co. look on in horror and.. well, we won’t spoil the big surprise but it’s a choice we sorely wish Mass Effect 3 had offered.

Check the video out above – you won’t be disappointed. Now if only we could get a follow-up with Dr. Evil as Harbinger…