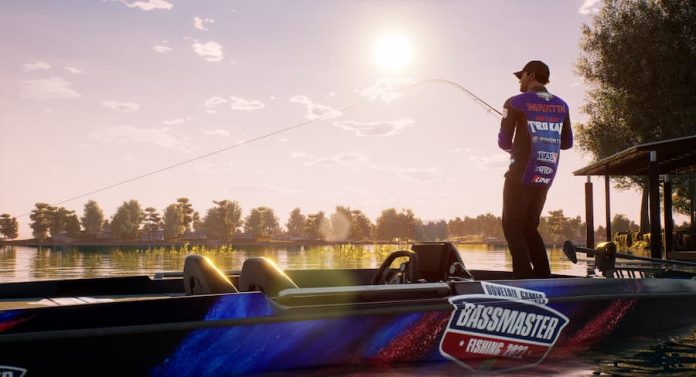 Before Charlie Brooker became a TV critic, before he penned Black Mirror, he ran a parody website called TV Go Home. We loved it and would get a huge kick out of the bizarre TV shows he’d make up, like “Inspector Bumhat” and “Daily Mail Island”. But Brooker stopped updating the site when it was clear TV was becoming as ridiculous as anything he could make up. Touch The Truck, a real-life show that actively rewarded sleep deprivation, was apparently the final nail in TV Go Home’s coffin.

That’s how we feel about fishing sim Bassmaster 2022’s battle royale mode. You can close down Hard Drive, Point and Clickbait and any other site that dabbles in videogame satire, because making it up lost its edge. Yes, Bassmaster 2022 will have a mode that sees you competing against an ever dwindling group of fellow fisherman, a chunk of competitors being ejected if they fail to catch a suitably sizeable fish.

“Bassmaster Royale” (though we would have gone for Bassle Royale) supports at least twenty-five players, though developers Dovetail games have yet to disclose the precise number in each match. The winner is the last fisherman standing and, ultimately, the person who’s caught the largest fish. No exploding collars are involved, unfortunately.

Will this mode have legs? Our gut feeling is this has been thrown in there as a gag but you never know, it might find its audience and, as part of Bassmaster 2022, it’s not costing players a penny extra – assuming Dovetail doesn’t start throwing microtransactions in there, that is.

Bassmaster 2022 is released this October 28th on PlayStation 5, PlayStation 4, Xbox Series X|S, Xbox One and PC via Steam.