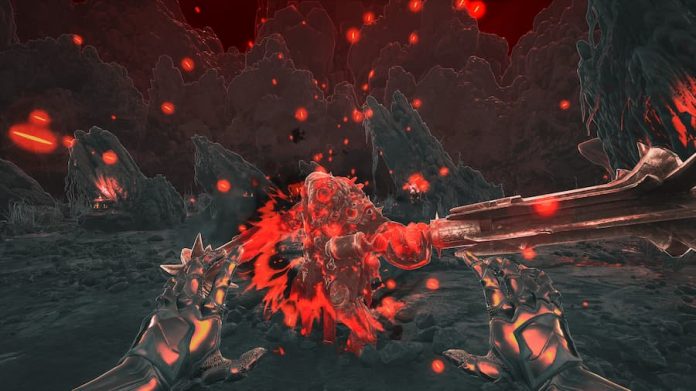 You’ll have never played anything quite like BPM: Bullets Per Minute before.

Released last year on PC to critical acclaim – our very own Chris McMullen awarded it a mighty 9/10 – BPM: Bullets Per Minute is a first-person shooter with numerous twists. One of them isn’t that unusual – it’s a roguelike, meaning that as you progress you gain a range of power ups and perks that give you more of a fighting chance as you face ever gargantuan challenges. But if you die they’re all lost, and you have to start back at the beginning of the game again.

What’s more unique and engaging about BPM: Bullets Per Minute is that it has a rhythm game element. Each stage comes with its own heavy metal music track, and you need to play along to the beat to be successful. In fact, you can only shoot to the beat. So, if you’ve got no timing or rhythm, you might find playing the game even more difficult. Get into the groove, however, and you’ll find yourself absorbed into both the music and the action, moving and shooting as if you’re conducting a violent performance.

Since the game’s PC launch its content has been bolstered, so that means console players can eventually have access to ten playable characters should they perform well enough to unlock them. There are also an additional three weapons, as well as a new area and two more difficulty levels. One of those is Practice, which is a good way for newcomers to learn the ropes. It’s just a shame that it prohibits you from playing the full game – if you want to see everything that BPM: Bullets Per Minute has to offer, you’re simply going to have to get good. 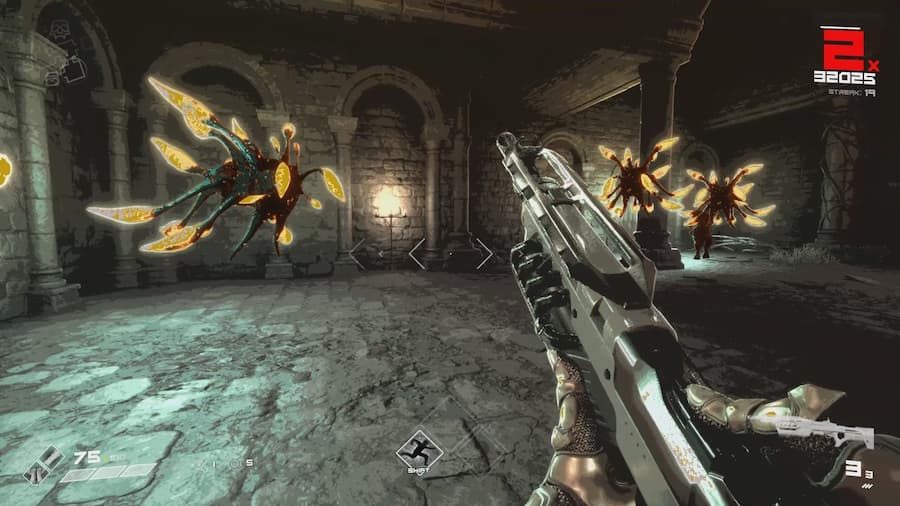 BPM: Bullets Per Minute is one of those games that even when it’s kicking your ass it’s enjoyable, though. The action is fast-paced, and thanks to the random nature of the levels and upgrades to be found within them, you never fully know what to expect. On one run you might acquire a shotgun that demands you fire in a different rhythm to your standard pistol, as well as an upgrade that makes your rounds explosive and a special ability that enables you to negate one hit. On the next you could find yourself equipped with an assault rifle instead, as well as boots that enable you to run faster. There are so many variables that you’re unlikely to grow tired of playing BPM: Bullets Per Minute even after ten hours or so of play.

Like most roguelikes, progress is made by making your way through numerous rooms before locating and conquering a boss. Some might consider heading straight into battle with the boss once found, but it does pay to explore. Upon defeating all enemies in a room, for example, a chest is awarded, containing useful goodies such as health potions, pieces of equipment and gold coins. Those gold coins can then be used at vendors in other rooms to purchase new weapons, or placed in bowls to gain upgrades. Power yourself up just a little, and a troublesome boss fight can be made much easier. 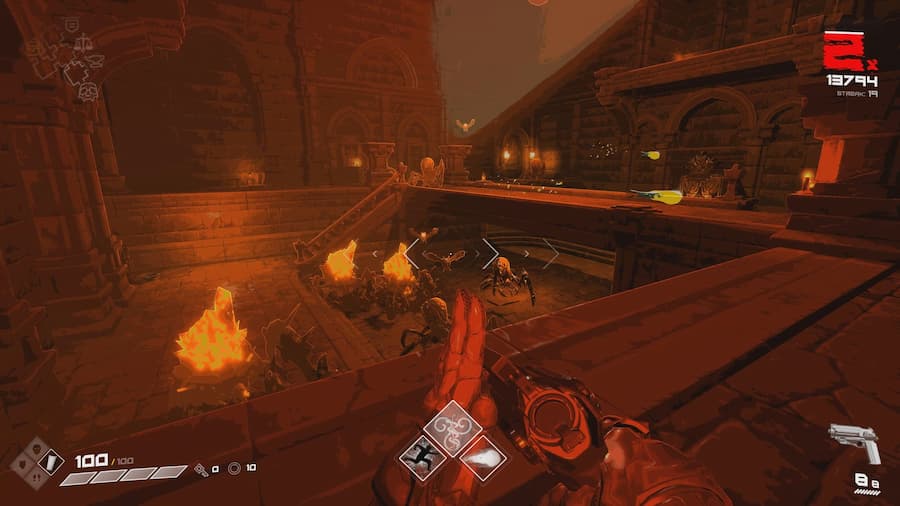 The only thing that’s not particularly impressive about BPM: Bullets Per Minute are its visuals. They’re just a bit bland overall, with rooms that offer little that’s unique. Even when you move from one area to another, there’s not a great deal that’s different other than everything having a new hue. It does allow the framerate to remain consistent though, and while there isn’t a native next-gen version, playing on PS5 or Xbox Series X/S allows for up to 4K resolution at 60fps.

Needless to say, if first-person shooters, roguelikes or rhythm games are your thing, you might want to check BPM: Bullets Per Minute out. Especially if you also like heavy metal music. And if you like all of those things, well, BPM: Bullets Per Minute might well just be your dream game. With addictive gameplay, bucket-loads of content and numerous settings to make it a little more forgiving if you need it to be, this is one of the most unique and rewarding games available right now.

This review of BPM: Bullets Per Minute is based on the PS4 version (played on PS5), via a code provided by the publisher. It’s available on PS4, Xbox One, and PC.

BPM Bullets Per Minute Will Rock Consoles Later This Year