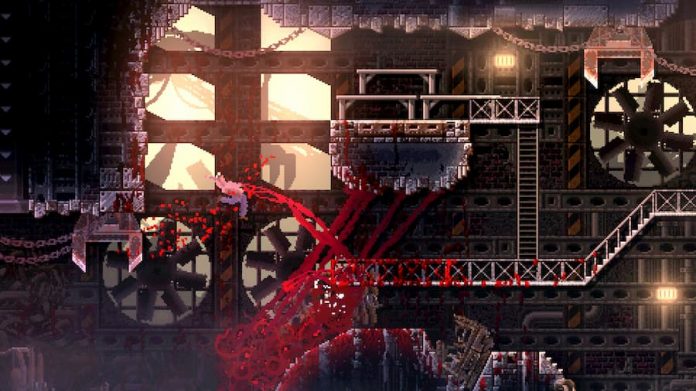 “Keep calm and carry on” reads the informational sign.

I chuckle, because there certainly wasn’t any calm in the room when I was ransacking it just a moment ago with my amorphous, tentacled monster. Also, the game’s name is Carrion. You can’t go wrong with a bit of word play.

Released last year on Xbox One, Switch and PC, Carrion is described as a “reverse-horror game”. As you can probably guess, that means that you are the monster. Breaking out of a containment unit at the start of the game, your natural instinct is to break free of the research facility you’ve found yourself in. And are you going to play nice after you’ve been contained and probably experimented on for so long? Of course not.

Now available on PS4, Carrion puts you in a position of power. As a tentacled monster, you can move pretty much anywhere at great speed, using your many arms to grab onto surfaces and squeezing through tight gaps. But you’re not all arms – you’ve also got sharp teeth. Any humans you meet while moving around the facility can be killed rather easily by picking them up and then either bashing them against objects or throwing them. Even better, you can draw them to your mouth to eat them all up. Yum. 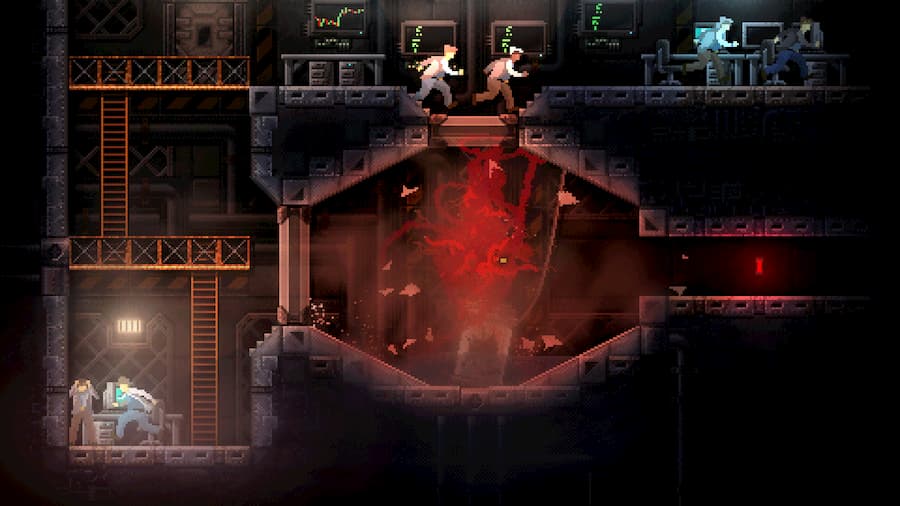 In your bid to escape, you’ll move from one area from the facility to another, causing havoc every slither of the way. It’s almost like you’re corrupting it from the inside. You’ll grow stronger, too, thanks to research canisters that you can squeeze yourself into to learn new abilities and evolve. There are both offensive and defensive abilities available, though their use can depend on your mass. When you’re big, for example, you can bash certain barriers to break them. Whereas when you’re small, you can fling a gooey web to trap enemies or pull levers located behind certain surfaces.

Your mass actually adds a puzzle element to Carrion – sometimes you’ll need to manually adjust it to make use of certain skills. Though when you’re smaller, you’re more vulnerable. While you are always a force to be reckoned with, security guards equipped with advanced weaponry and robots can pose a threat. Should they hit you, your health will be depleted, and with it your mass. Eating any humans you come across on your travels is one way to restore it, otherwise you’ll have to locate what is essentially a save point – you create them as you go, in cracks in the facilities walls. They’re like fleshy, teethy, rest points. 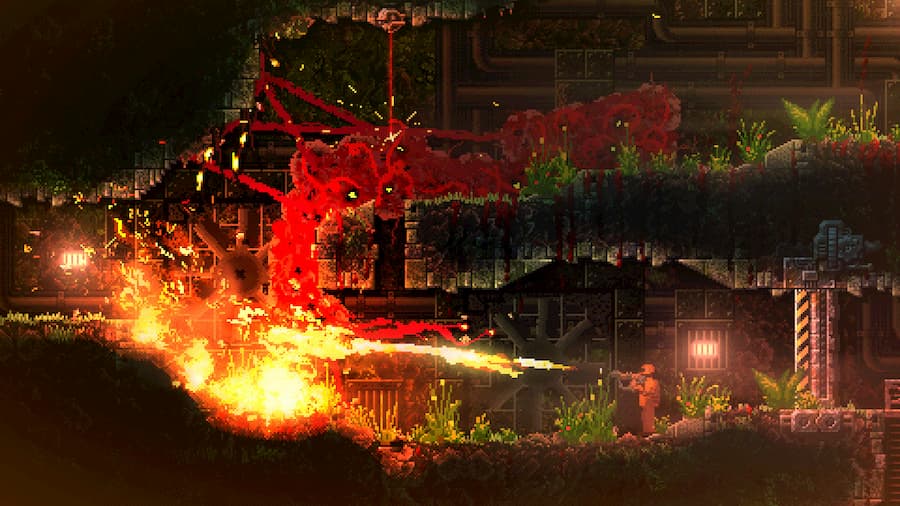 You may be the monster in Carrion, terrorising those who come in to contact with you, but the game still has an eerie atmosphere to it. The blood-curdling screams of your victims might also make you an little uneasy. It’s a dark game where there are no heroes or villains – you’ll no doubt root for the red monstrosity you’re in control of, but does everyone in the facility really deserve to meet such a monstrous death? That’s for you to decide. Finding the flashback scenes that put you in control of a human might help you with that.

If you fancy a horror game that’s probably totally different from everything else you’ve played, you’d be wise to give Carrion a go. It’s suitable to play at Christmas, too, thanks to the inclusion of free DLC. In our review, Chris stated “It’s a real treat for horror fans and one of the most original games I’ve come across.” That sentiment still stands. So, if you have a PlayStation console and haven’t played this great game yet, there’s no better time. 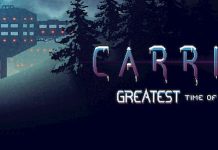