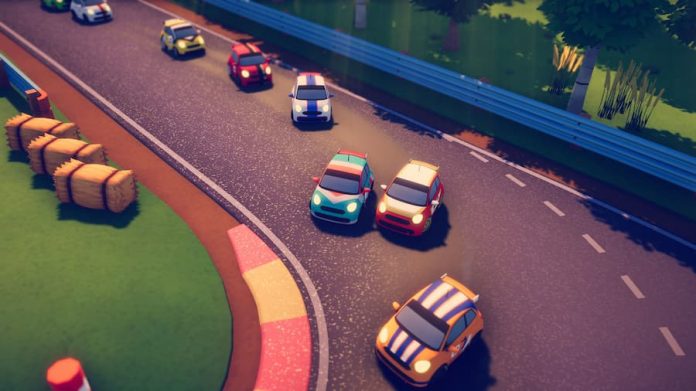 Don’t be fooled by how Circuit Superstars looks. Underneath its colourful and cartoonish exterior is a pretty serious racing game.

A top-down racer in a similar vein to Micro Machines or the more recent Motorstorm RC, Circuit Superstars just exudes fun. It’s only when you begin playing, however, that you realise it blends sim sensibilities with a disarming art style and a more casual presentation.

The action may be viewed from up above, and the vehicles you’re driving might be rather cute, but to emerge victorious in any given race you need to find the right braking points and hit the apexes of corners. But push too hard, and chances are you’ll be penalised for exceeding the limits of the track and riding the barrier. So, you need to strike a balance between speed and control, and handle your vehicle with skill and finesse.

In some races you’ll even need to consider the damage to your vehicle, as well as fuel consumption and tire wear. In long races, it’s those with the best pit strategies that will have the edge over their competitors.

Grand Prix mode will be the main attraction of Circuit Superstars for many. It offers 12 Grand Prix for players to work their way through; one for each car class in the game, ranging from superlights to Euro trucks. Each Grand Prix consists of four races, so can be easily completed in one sitting. There are multiple difficulty levels, too, from Amateur, all the way up to Superstar. But don’t expect the game to go easy on you on – even the easiest setting. 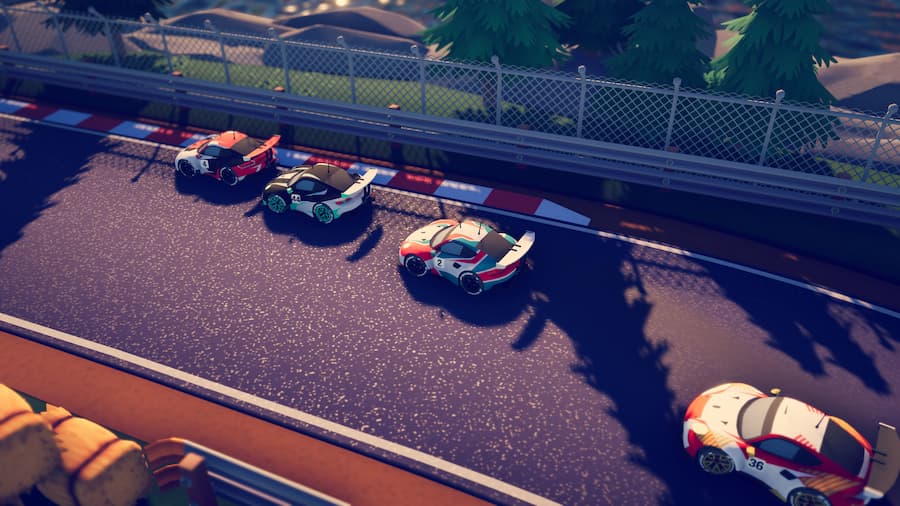 The fun doesn’t have to end once all Grand Prix have been completed though. Weekly time trial events challenge players to set times on multiple car and track variations, with leaderboards really creating a sense of competition. Though it’s those willing to engage in some multiplayer action that will get the most out of Circuit Superstars.

Local split-screen for up to four players will really make Circuit Superstars a hit with racing fans who like to compete with friends and family while hunched around a TV. It’s just a shame that while the included free play mode that lets you set up your own events allows you to tweak things like tire wear and collisions, it doesn’t allow you to turn off penalties for more easy-going fun.

Of course, you can take the action online as well. Searching for races is as easy as can be, and you can also create a private lobby if you wish, creating a safe space to play with friends. It’s just a shame that when playing alone and using the matchmaking option, you don’t get much control of the events available. Putting your vote forward for the three events offered to you is the best you’re going to get. Still, at least it’s fairly easy to find a race – that’s perhaps thanks to the fact that Circuit Superstars has crossplay between Xbox and PC. 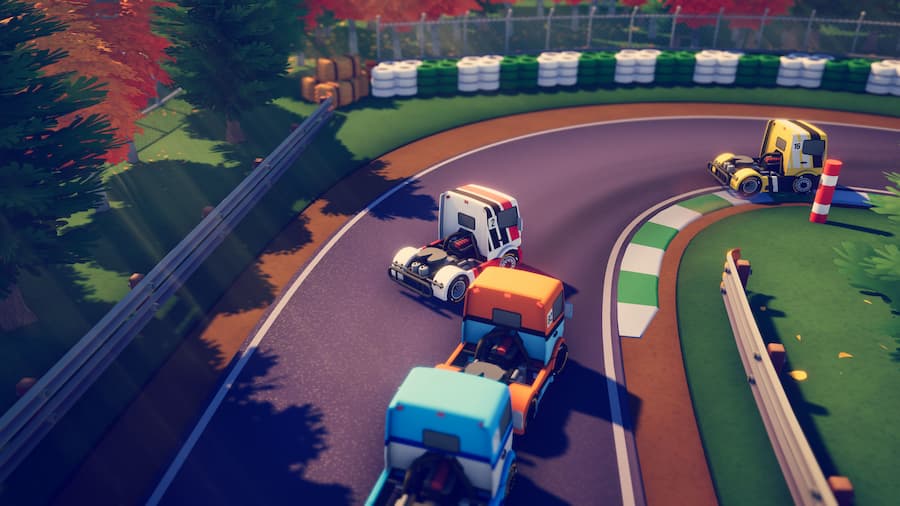 The final facet of Circuit Superstars to consider is customisation. In the Garage you can change the appearance of both the game’s cars and your driver, adding a personal touch to the proceedings. You’ll unlock new liveries as you play the game, too, allowing you to make your cars even more snazzy.

Circuit Superstars is a very nice surprise. It’s accessible and has a delightful visual style. Yet it also has a high skill bar, allowing those who put in the time to master its handling model to run rings around those less skilled. It has plenty of content and modes, too. It’s just a shame that it’s missing some options and features we’d expect to find in some of its multiplayer options. But even then, there’s more than enough here to provide hours upon hours of fun for those who like to race against others.

This review of Circuit Superstars is based on the Xbox One version, played on Xbox Series S. It’s available on Xbox One and PC, and ‘coming soon’ to PS4 and Switch.