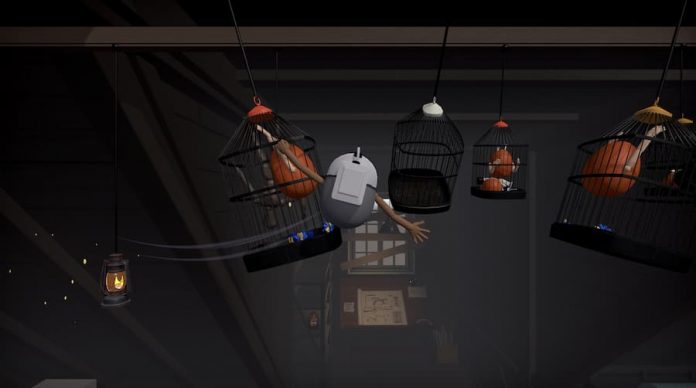 Yolked is entering Steam Early Access this month and it looks like it could be fun, providing we can forgive it for not being Dizzy.

Because, for one glorious moment, we thought we were getting a new Dizzy game. But no, your protagonist in Yolked may have arms but they’re lacking feet, a face or even a pair of boxing gloves. Still, swinging across an entire house, trying to not smash our hero’s fragile shell, definitely has its appeal.

Developers HardBoiled Studios (yes, we know) haven’t specified how you’re going to control your oval hero, but we suspect you’ll have to control each arm individually, getting into the right kind of rhythm to avoid shattering on the floor far below or ending up a fried egg.

Yolked definitely gives us Getting Over It with Bennet Foddy vibes, though hopefully it won’t be quite as frustrating as the latter. And if it is? Well, there are a million YouTubers out there willing to subject themselves to such horrifying torments so Yolked will still sell.

YOLKED: The excruciating journey of an egg with human arms!🥚

Avoid enemies and overcome obstacles!
Collect all the costumes!
Watch out for the attic…
Most importantly, don't crack!

You can go to work on an egg when Yolked hits Steam Early Access this October 28th. Now if you’ll excuse us, we’re going to shove omelettes through the Oliver Twins’ letterbox and we’re not stopping till we get Dizzy HD.