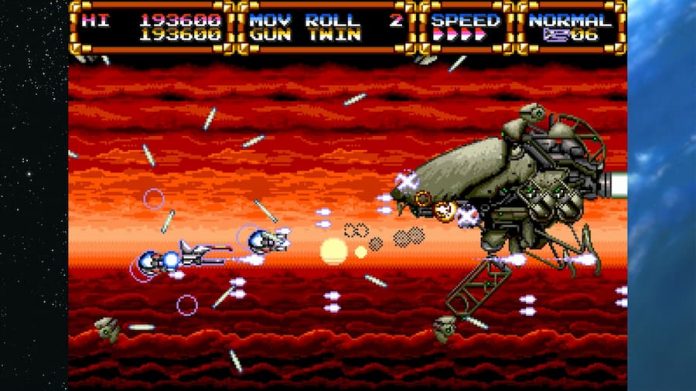 The SEGA Mega Drive was home to many great shoot ’em ups. Though lots of them, like Gleylancer, weren’t made available outside of Japan.

But Gleylancer is thankfully a title that has made its way to the West since. First it was released on the Wii Virtual Console in 2008, and now it’s made its way to PS4, PS5, Xbox One, Xbox Series X/S and Switch.

At the heart of Gleylancer lies a story of a young girl wanting to rescue her father. He’s been captured by the enemy in deep space, ship and all, and she’s not prepared to just sit idly by and risk him being killed. So, she steals a prototype ship and sets off after him.

Just one mode is on offer, taking you through eleven stages of side-scrolling shooting action. And while that action is simple by today’s standards, it’s still rather entertaining. Despite being a Mega Drive game ported with little no visual enhancements, it’s not all that bad-looking, either. There are some interesting boss designs here in particular, as well as some impressive backdrops. Add in a enjoyable retro soundtrack, and you have a game that stood the test of time fairly well.

What makes Gleylancer stand out from the crowd a little when it comes to gameplay is its Mover system. You start the game as just a simple ship, but by shooting open certain pods upgrades can be collected. Your first upgrade will be a Mover, which accompanies your ship and provides additional fire. Your second upgrade will be another. And then upgrades after that will change their fire type rather than adding additional Movers to your collection. 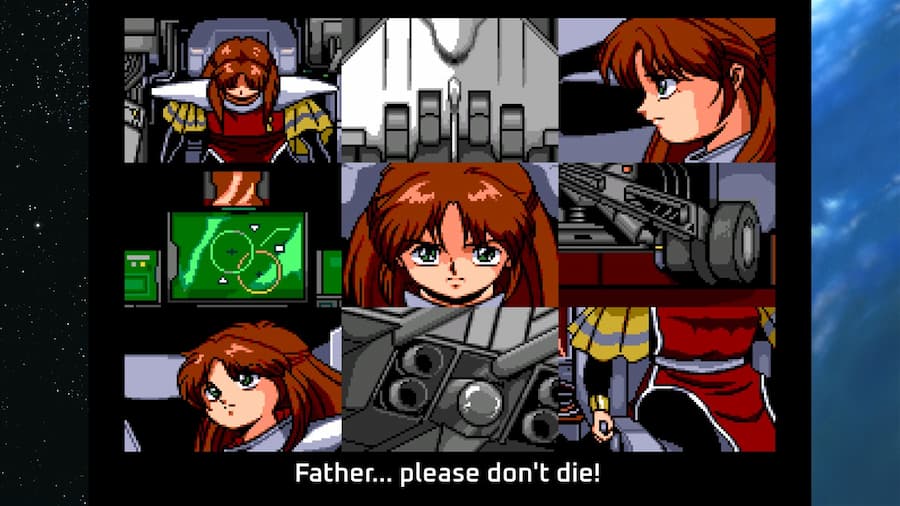 Everything from lasers to short-range sabres are available, all particularly useful in certain situations. Savvy players, then, will memorise the icons for each fire type and pick them up when it’s ideal. There’s another aspect of the Mover system to consider as well; the behaviour of the Movers themselves.

There are seven behaviour options for your Movers, selectable at the start of the game. You can have it so that they fire in the direction you’re moving, for example, or constantly rotating around you. Needless to say, each behaviour type affects how you play. Adding further complication is the inclusion of a Lock button, that will either lock the position of your Movers or change their how they act depending on the behaviour selected.

That’s about as complicated as Gleylancer gets, though, leaving you to mostly just concentrate on blasting your enemies out of the sky while avoiding their attacks and other environmental hazards. It’s tough, too – this is a game in which just one hit result in your ship being taken down, forcing you to go back to your last checkpoint.

There are some very useful quality of life features in this port, however. For a start there are save states, allowing you to save and load your progress at any time. There’s a rewind function as well, allowing you to quickly undo any silly mistakes. And while you can play the game as it was originally made, two new modes make it more fun and accessible.

Play in Modern Mode, for example, and you’ll find that you can switch between the seven Mover behaviour presets on the fly with just a simple press of a button. You can also aim the fire of your Movers with the right analogue stick, and the speed of your ship can be more easily adjusted. 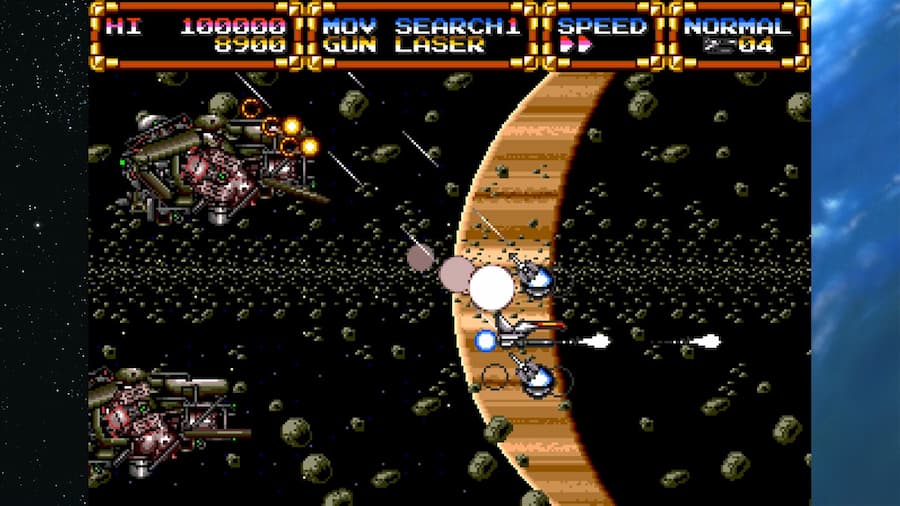 Then, if you want to play Gleylancer entirely stress-free, there’s Cheater Mode. Not only does it give you access to a debug menu, it also has an invincibility toggle. That’s right; you can make your way through all eleven stages blasting away without ever having to worry about being shot down.

The only real complaint I’ve got a about Gleylancer is that if you select the full screen option in screen settings, it makes certain bits of dialogue not fit the screen correctly. Still, it’s not as if you’ll care all that much for the story anyway, and it’ll likely be fixed by a patch.

There may not be much to keep you going back to Gleylancer once you’ve completed it, but that shouldn’t be much of an issue considering its budget price. And while the action it provides is rather basic compared to some other shoot ’em ups, it doesn’t stop it from being entertaining from beginning to end. In fact, it can feel quite refreshing. This is just simple, classic, retro fun.

This review of Gleylancer is based on the PS5 version, with a code provided by the game’s publisher. It’s available on PS4, PS5, Xbox One, Xbox Series X/S, and Switch.