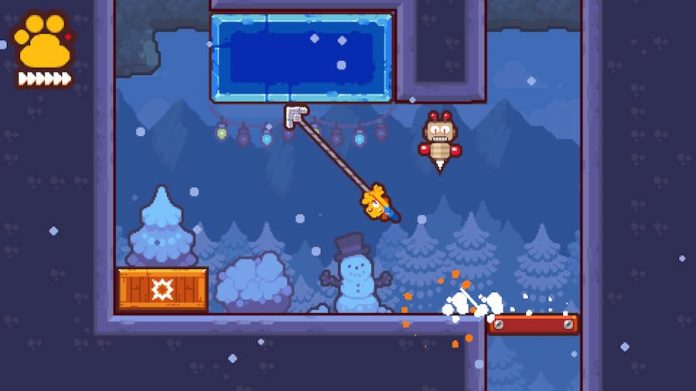 That’s not to say Grapple Dog designer Joseph Gribbin was working for Capcom, way, way back. But I got so excited reading about Bionic Commando‘s swinging shenanigans in CVG that when I was able to get my trembling hands on the original arcade machine, I was just crushed by horrifically clunky it was.

Grapple Dog, on the other hand, is just exhilarating, even if you’re not trying to beat the demo’s speed run record. It seamlessly blends grappling, platform hopping and monster squishing into one glorious package. It’s reminiscent of 90s style platformers, sporting elements from Super Mario Bros 3 and Sonic the Hedgehog but it has a character all of its own.

Grapple Dog himself is utterly adorable, small enough to give you space to manoeuvre around the levels but not so tiny you’re left squinting. He’s ludicrously athletic too; you can only attach your grapple to certain blocks and points so the rest of the time you’re just bounding around, hopping from wall to wall and marvelling at how much fun traversing each level is. 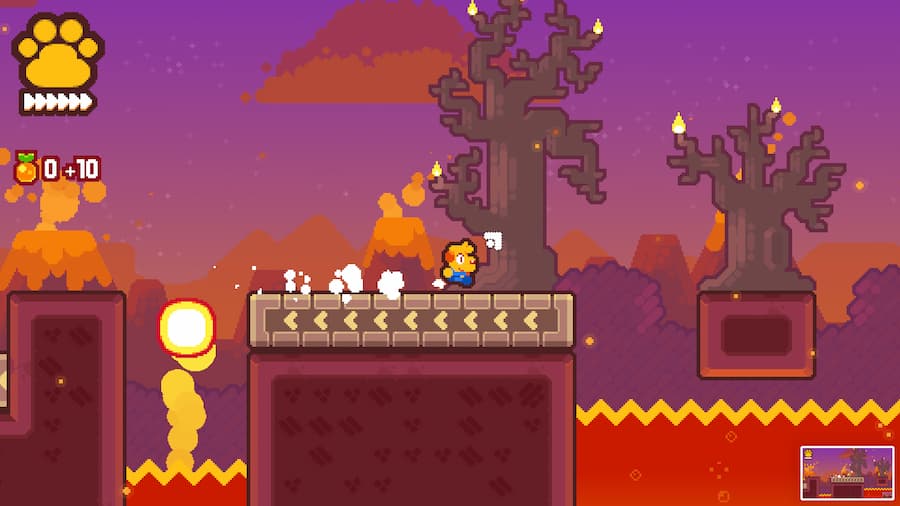 There’s a wonderful sense of momentum here, more so than in Sonic or Mario. Unlike Doom, you don’t lose out if you stay in one place, but the levels are arranged in such a way they beg you to keep moving. You’ll hop from enemy to enemy, smashing through platforms and launching yourself from non-copyright infringing cannons, grinning all the while.

On top of that, Grapple Dog sports an amazing 90s-style soundtrack, complete with record scratches and scraps of rap. And yet, for all its retro-aesthetic, it’s a beautifully animated, butter smooth experience, with not a judder in sight; it’s what 90s platformers should have been like if it wasn’t for the then-limits of the technology.

Grapple Dog doesn’t have a release date other than some time this year, but the demo is available until October 7th and you can wishlist it on Steam. It’s certainly replaced (the non-existent) Sonic Mania 2 as my next must-have platformer. Short as it is, Grapple Dog’s demo is sheer joy. 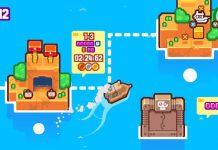