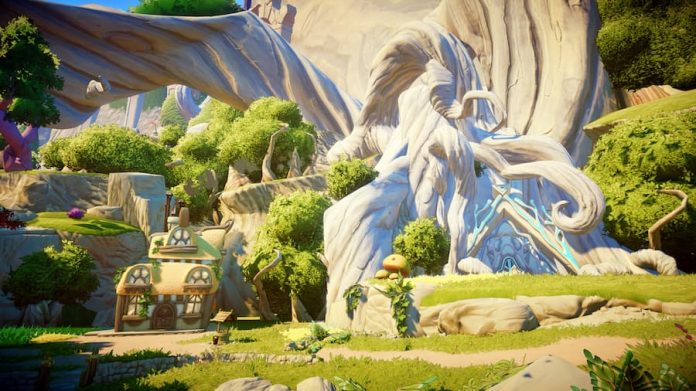 I don’t normally like describing a game as ‘cosy’, but when it comes to Grow: Song of the Evertree, I can’t think of a word that fits better.

This is a game all about fixing the world, restoring its beauty, and helping its creatures thrive and survive. Set against a vibrant backdrop with no combat in sight – unless you count bashing a rock with a mallet – this really is the type of game that you simply sink into, like a warm, cosy blanket. I’ve only spent a couple of hours with a preview build, but I can’t wait to see more of what Grow: Song of the Evertree has in store for me.

Grow is in development from Prideful Sloth, a studio you may be familiar with if you played its last release, Yonder: The Cloud Catcher Chronicles, a game I personally waxed lyrical about when it released back in 2017. It’s clear a lot of that game’s DNA has made it into Grow; they are similar games with similar mechanics. But it’s as if Yonder was simply a practice run, and Prideful Sloth has applied everything it has learned into making Grow. It’s clear that this is a game bigger, better and more accomplished in every way.

In Grow: Song of the Evertree, you take on the role of a young apprentice alchemist tasked with restoring the worlds of Alaria. You see, the Evertree, which once provided life to each and every world, has stopped growing. The worlds it supported are no more, and it’s down to you – with the help of a talking book and a talking cauldron – to nurture new worlds on the branches of the Evertree.

Doing that means a whole lot of weeding, planting seeds, watering them, and removing rubble in order to allow a world to flourish. It sounds like busywork, but changing between tools is seamless and each action is so swift that it never feels like a chore. Instead, the reward for seeing a world begin to blossom is more than worth the time you put in. Your apprentice also has a special power hidden within them: they know the lost song of the Evertree, and so by singing to the flora you’ve just planted, you can help it blossom much more quickly. 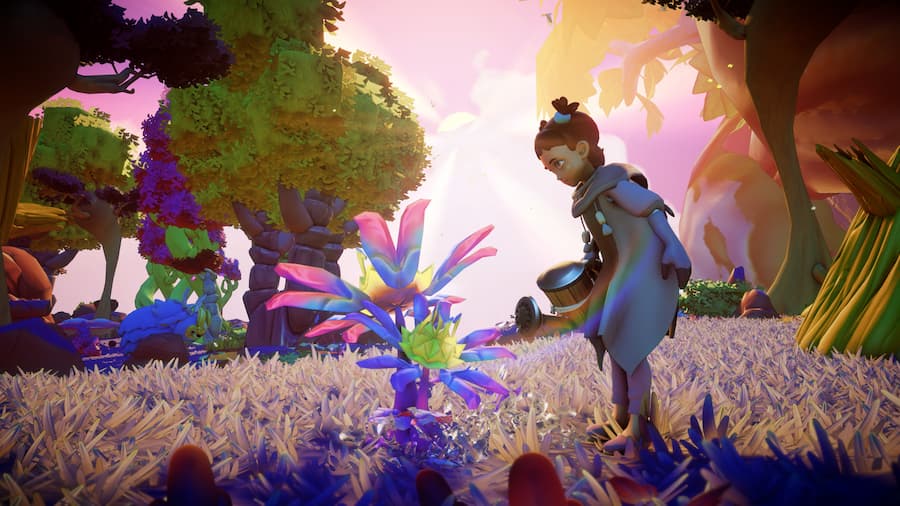 I’ve only brought one world to bloom in Grow: Song of the Evertree just yet, but over the course of the game you’ll have many different worlds to uncover and help thrive. This isn’t just a farming simulator though; there’s much more to Grow. The game’s world is rich and vibrant, filled with people and characters who all want to meet you. You’ll meet new communities and offer them help in a variety of ways. Completing quests will earn you rewards, which can be used to further grow your worlds or simply decorate your home hover you see fit.

There’s a healthy mission structure at the heart of Grow, so you’ll never be stuck as for what to do next. That talking book contains everything you need to know about your progress, including a list of ongoing missions and tasks to complete. Every time you tick something off, opening up the book will net you a reward. There’s a constant feedback loop, and being continually rewarded for everything you do is an excellent incentive to keep playing. 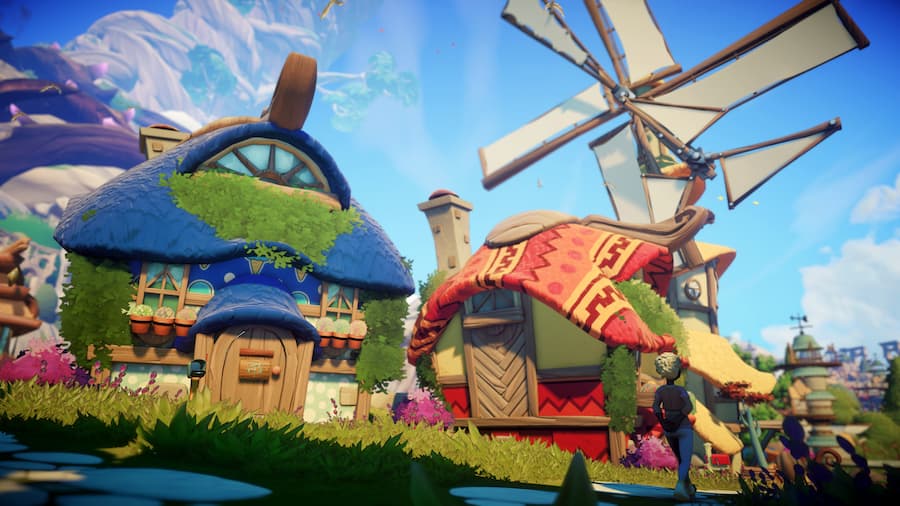 Perhaps the biggest incentive, though, is seeing the worlds of Grow: Song of the Evertree flourish. Watching a world spring up from a once-barren wasteland is hugely rewarding, and I’ve only witnessed it once so far. I can’t wait to bring more worlds to life and discover what secrets await later in the game, but one thing is for sure: if you enjoyed Prideful Sloth’s last game, and if you revel in games like Animal Crossing and My Time at Portia, this is one well worth keeping on your radar.

There’s an even cooler reason to support the game, too. In the run-up to Grow‘s launch, Prideful Sloth is running a campaign to plant trees based on how many people add the game to their Steam wishlist. If it’s added to 25,000 wishlists, it will plant 505 trees, going all the way up to 10,000 trees with 500,000 wishlists. Go add Grow: Song of the Evertree to your wishlist, support the developer and help the world become a greener place.

Grow: Song of the Evertree is set to release on 16th November. It’s coming to PS4, Xbox One, Switch and PC. 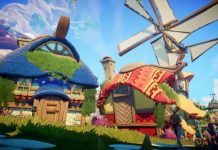