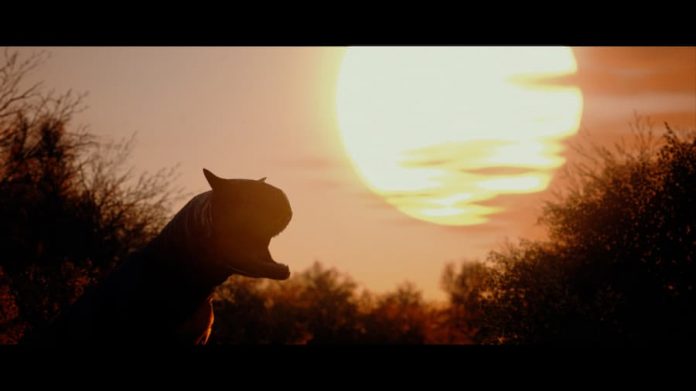 Instinction is.. quite a way off, still. But, to whet your appetite, this upcoming dino-horror FPS has a new trailer that shows off some of the beasts you’ll have to deal with.

We were going to kick off with a “Jurassic Lark” gag but the tone of this trailer is pretty grim. It features a female character who, as far as we can make out, heads to Instinction’s saurian ream to plunder some long lost treasure and concludes with her meeting a sticky Velociraptor-assisted end. “Ooh, nasty”, as Knightmare’s Hugo Myatt would say.

A large portion of the trailer appears to be pre-rendered footage but it does reveal that you won’t just be dealing with dinosaurs. And yes, we know that a pterosaur is not technically a dinosaur, but you’ll also have to deal with sabre-toothed tigers, just to mix things up even more. You may be armed but we suspect Instinction will see you doing an awful lot of running.

What’s caught our attention, apart from the fact that Instinction is partly designed to be a next-gen Dino Crisis, is that developers Hashbane have been soliciting requests for dinosaurs that should be included in the game, either the initial release or future DLC. You can read the tweet and its replies here; we’d have offered our own suggestions but just spamming MEGALODON again and again might not have gone down well.

Instinction is set for a September 2022 release, clawing its way onto PC (via Steam), PlayStation 4, PlayStation 4, Xbox One, Xbox Series X|S, Stadia and Nintendo Switch.

Get Your First Proper Look at Dino Game Instinction This Sunday