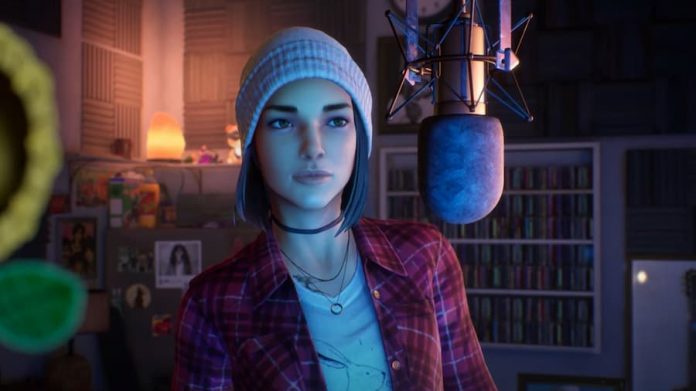 Life is Strange: True Colors‘ bonus chapter, Wavelengths, available now as DLC, sees players take on the role of Steph, a character we first met in Life is Strange: Before the Storm.

Steph Gringrich, then, started out life in Arcadia Bay. She was friends with Chloe Price and Rachel Amber, and she lived through everything that happened in the events of Life is Strange and Before the Storm. And although she wasn’t at the forefront of players’ experiences in either of those two games, she’s been deeply affected by them. Life is Strange: True Colors doesn’t have much to do with those previous two games – it’s very much its own story – but Steph’s inclusion ties the games into the same universe. And this Wavelengths DLC acts as the perfect bridge to bring the series together. (Sorry, Life is Strange 2; there’s no room for you here.)

Some time before the events of Life is Strange: True Colors, Steph moved to Haven Springs, Colorado. Even she’s not exactly sure what drew her to the small, sleepy town; in a text message to a friend she explains it to be a sort of ‘safe room’ before she’s ready to go out into the real world again. Leaving behind her previous life and quitting the band she was a part of, Steph gets a job working in Haven Springs’ record store. It’s a busy role: not only is she manning the shop, she’s also the host of the town’s local radio station.

Throughout Wavelength‘s two-to-three-hour run time, you’ll accompany Steph through four work days, one set in each season. You’ll have a series of tasks to complete in the record store, along with some on-air tasks, too. That means reading out adverts of sponsors, choosing which tracks to play and taking some calls. It’s low-key, but enjoyable – mostly thanks to Steph’s excellent characterisation. There’s a reason she’s the favourite character of many, and it’s almost a shame it’s only during a short piece of DLC that she’s getting her own moment in the limelight.

Between the busywork that Wavelengths has you carrying out, you’ll learn more about Steph. Mostly, this comes through interacting with her mobile phone – you can read text messages she’s sent to friends past and present, as well as poke through her dating profile, swiping left and right on a number of potential girlfriends. Depending on who you match with, you’ll experience Steph’s dating life in passing, again through a series of text messages. 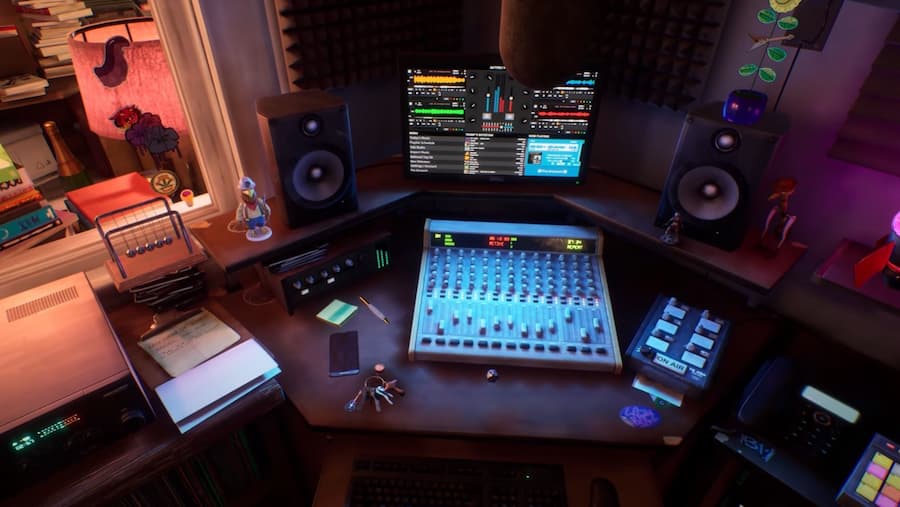 Over the course of the four seasons of Wavelengths, Steph will develop as a character and slowly reveal more about herself. You’ll see her try to cope with the events of Arcadia Bay, which still hang over her when the anniversary comes up. Exactly how this plays out depends on what ending you chose for your time with Life is Strange; before starting Wavelengths, you’ll be asked if you played, and whether or not you chose to save Arcadia Bay. If you didn’t play, you’ll be assigned a random choice. But if you didn’t play, you won’t get much out of this DLC at all.

Although it’s packaged with Life is Strange: True Colors, the Wavelengths DLC definitely feels like more of an extension to Life is Strange and Before the Storm. If you haven’t experienced those stories, you’ll struggle to fully understand Steph’s frame of mind, and many references she makes will be lost upon you. Of course, familiar characters from True Colors make an appearance – there are many references to, and conversations with, the likes of Gabe, Charlotte, Eleanor, Duckie and Ethan to enjoy. But there are just as many references to Chloe and Mikey that you’ll only understand if you’ve played the previous games. 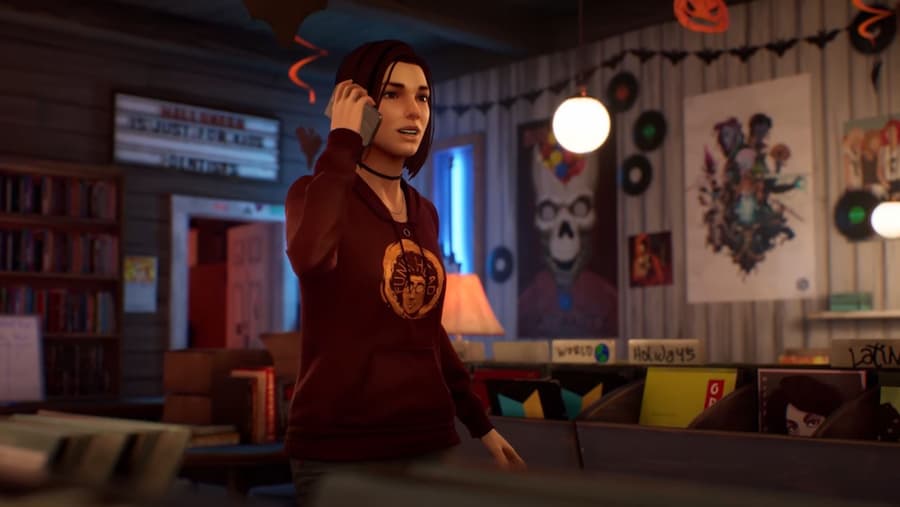 Many of those references are subtle and come in the form of Steph’s thoughts that players are privy to. There’s a purposeful lack of mention of Arcadia Bay in any of Steph’s text messages or conversations – it’s clearly something she’s not comfortable talking about. But over the course of Wavelengths she’ll begin to come to terms with that – and Mikey, her best friend from Before the Storm, plays a pivotal role in making that happen. It also adds some much-needed closure for us as players, too. The choices we made at the end of Life is Strange were drastic, and seeing first-hand how those events affected people adds important context.

Wavelengths is an interesting piece of content, and one that’s worth playing for anyone that’s been invested into the Life is Strange universe for the long term. But it’ll also likely leave you wanting more. Steph’s character is so well-written and perfectly formed that she deserves more exploration. Reading in passing about the dates she’s been on and seeing mementos from them is a nice touch, sure, but it’s not quite the same as living through them. The chances of a full Life is Strange game with Steph at the helm at this point are slim to none however, so it’s certainly better than nothing.