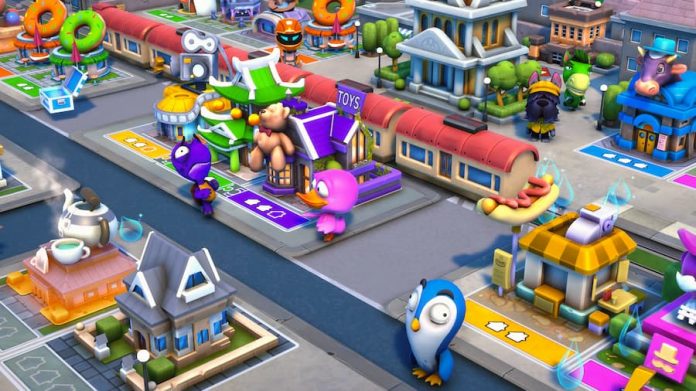 I am VERY EXCITED to announce that a new Monopoly game is coming to PC and consoles in December.

No, I’m not even being sarcastic. I unironically love Monopoly, and the fact there hasn’t been a new console videogame of the classic board game since 2014 has long been a bone of contention for me. In fact, Monopoly Family Fun Pack was one of the very first games I ever reviewed here on GameSpew. (And one, in hindsight, I was perhaps a little harsh to.) But finally, finally, a new Monopoly game is on the way. It’s called Monopoly Madness and it’s out on 9th December.

Based on its description and the trailer, however, Monopoly Madness is rather different from the classic Monopoly experience. Six players will face off against each other in a real-time race around the streets of Monopoly City; there’s no game board in sight. As you make your way around the city, you’ll collect money and resources to buy and upgrade your properties. But amongst the things you can collect are bulldozers and jackhammers that you can use to tear down your opponents’ properties – and they can do the same to you.

It looks like it could be good fun, whether or not you’re a fan of the original board game. And with four unique city environments to choose from, each with a number of different levels and layouts, it seems like there’ll be plenty of replayability.

Give the trailer a watch below. Monopoly Madness is coming to PS4, PS5, Xbox One, Xbox Series X/S, Switch, PC and Stadia on 9th December. You can read more about it on the official website by clicking here.