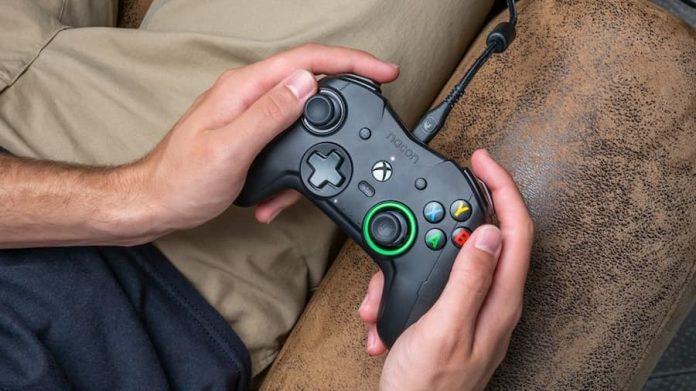 If you want more features than a standard Xbox controller offers, but don’t fancy the price tag of an Xbox Elite Controller, Nacon’s newest release might be for you.

Nacon has just revealed that the Revolution X Pro will be coming to Europe on 13th October. Priced at £99.99, it’s still not exactly cheap, but it’s a huge saving on Microsoft’s Elite Controller, which carries a price tag of £160. And with a similar suite of features, it’s well worth considering.

The Revolution X Pro promises “professional ergonomics”, a suite of customisation options, and it also includes an activation for Dolby Atmos for Headphones. It comes with interchangeable thumbsticks, weights that can be added to suit your preference, and fully-programmable button mapping, including additional buttons on the rear of the controller.

Pretty much everything you’ll find in the Elite Controller, then, but at just over 60% of the price. The only downside here is that the Revolution X Pro Controller isn’t wireless; you’ll need to connect it to you console via USB to use. But with a three-metre braided USB cable included, it shouldn’t be a problem for most people.

You can see the controller in action in the video below. (Yes, even controllers have trailers now.) If it sounds like something you’re interested in, pre-orders are open now from Nacon’s official website. Pre-ordering will get you three-day early delivery, a free copy of WRC 10 for Xbox Series X/S, and your choice of a Nacon-published game for PC. Not bad perks if we do say so our selves.