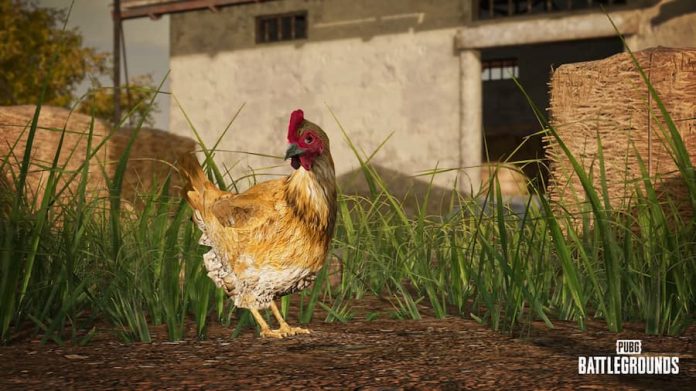 Chickens have entered PlayerUnknown’s Battlegrounds. It’s the news you’ve all been waiting for.

Okay, maybe not. But these feathered friends can now be found in and around PUBG’s Taego map, offering an amusing distraction to players. By default, they’re calm. But scare them and they’ll flap for their lives. And yes, you can kill them if you hit them, you terrible, terrible people. No chicken dinner for you, though.

Chickens are just one of many changes coming to PlayerUnknown’s Battlegrounds‘ latest update, patch 14.2. It also brings new weapons, the the ability to swim while in down-but-not-out, new areas for custom matches, and various other improvements and bug fixes. Let’s jump into it, shall we?

The two new weapons you’ll find in PUBG update 14.2 are the Mortar and M79. The Mortar is a heavy-hitting launcher, but to achieve accurate results it requires a lot of practice. You’ll need to calculate the distance to the target and anticipate the movement path, so getting the trajectory just right may take numerous attempts. It can also only be deployed on flat surfaces.

The M79, on the other hand, is a much smaller weapon, though one that launches smoke grenades. It’s the perfect tool to provide yourself with quick smoke cover if you need to make a swift getaway.

Perhaps more interestingly is the addition of down-but-not-out swimming into PUBG. Previously, if you took critical damage while in water you’d instantly die rather than enter down-but-not-out mode (DBNO), which gives you a chance to be revived by teammates. Now, you can enter DBNO while swimming, allowing you to swim to shore and hopefully get help. Your teammates can also revive you while in the water.

For Team Deathmatch players, five new areas of Taego have been added. You can now create custom matches in Palace, Field, Market, Mountain and Shipyard.

You can see the full list of patch notes by clicking here, and the video below provides a visual overview of the latest update. 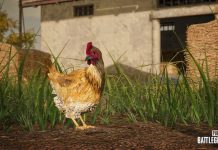