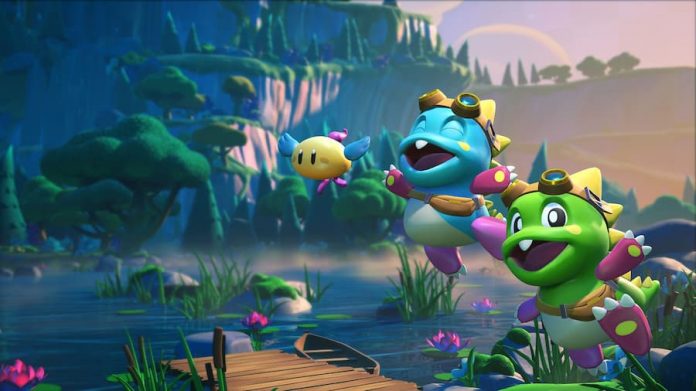 Originally released as a VR game, Puzzle Bobble 3D: Vacation Odyssey has now made its way to PS4 and PS5 – and for fans of the classic bubble-popping series, it’s a throwback worth jumping into.

You’ll undoubtedly remember Puzzle Bobble – or Bust-a-Move, as it’s also known – from its 90s heyday. What started out as an arcade game got ported to a variety of consoles in various different packages, but the core gameplay remained the same: pop bubbles by firing a bubble of the same colour at them. It’s simple but effective – and I certainly remember putting many hours into Bust-a-Move 2 on the original PlayStation back in the day.

Puzzle Bobble 3D: Vacation Odyssey attempts to recapture the magic of the age-old formula while also bringing it into the modern day. Rather than being on a 2D plane, the bubbles you need to pop are part of a 3D structure. Firing a bubble at it will see it rotate around, allowing you to access new angles. But ultimately, your goal is the same: pop all the bubbles.

On PS5, Puzzle Bobble 3D: Vacation Odyssey looks absolutely fantastic. The reptilian mascots, Bub and Bob, are back, and look more adorable than ever. As the ‘Vacation’ part of the title may suggest, the game is set amongst a series of beautiful holiday-inspired backdrops. In the game’s main campaign mode you’ll find 100 levels, all grouped into themes. From a tropical beach to a Pyramid-laden desert, there’s plenty of eye-candy here, each one sharp and beautiful.

Campaign mode levels all have their own objective. Perhaps you’ll need to pop all bubbles in a certain time, or within a set number of moves. Only when you’ve completed a level can you move onto the next, and if you’re a bit rusty at Puzzle Bobble it may take you a little while to get into the swing of things. But even at your best, it’ll still take a considerable amount of time to work through all 100 levels. Considering the game’s asking price – £15.99 or $19.99 – it’s a surprising amount of content. That’s not even counting the additional ‘infinite’ mode, which challenges you to keep popping as long as you can, and the duel mode, which lets you take on other players online. 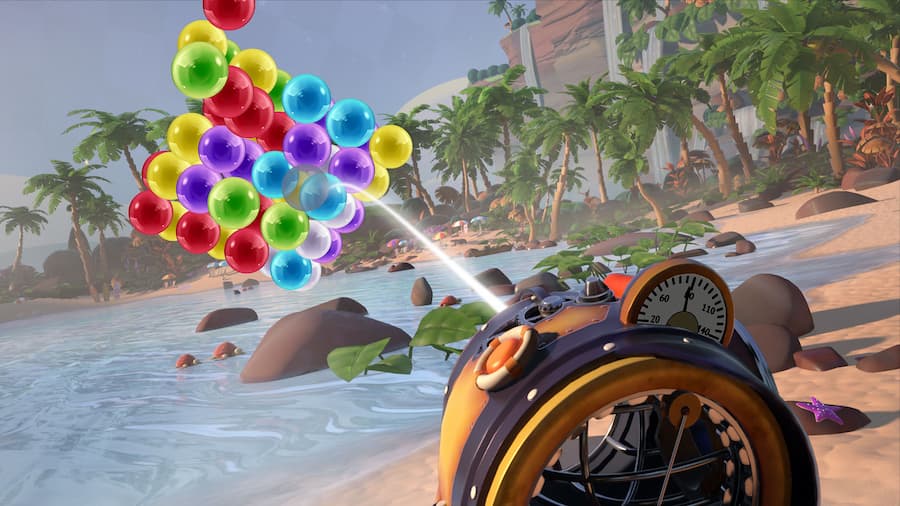 It’s excellent value, then, but is it actually fun to play? Well, yes and no. Playing a game of Puzzle Bobble is very much like returning to visit an old friend; that oh-so familiar gameplay is warm and inviting, and it’s easy to lose an hour or two simply trying to get three stars on every level. But it’s hard to look past the 3D element of the game. Puzzle Bobble 3D: Vacation Odyssey clearly wants to feel modern, but it just doesn’t work quite as well as the good old-fashioned 2D versions of the game.

Shooting a bubble can be a bit fiddly, for instance. It’s easy to end up shooting into the distance, or if you’re trying to aim for a bubble that isn’t right in front, it’s easy to misjudge where it is, and you’ll end up shooting in completely the wrong place. It works, and it’s fun enough, but it’s just not quite as fun as it used to be. 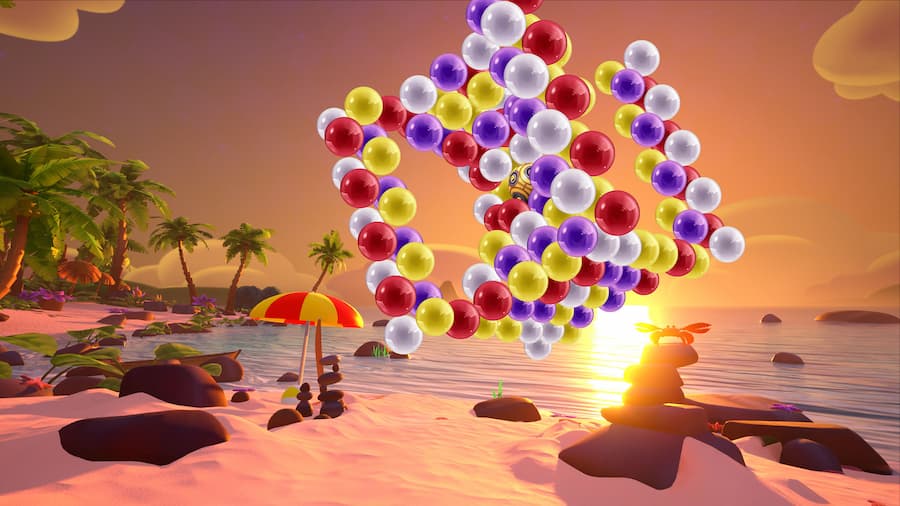 There are some wonderful touches in the PS5 version of the game, however. DualSense implementation here is excellent; you’ll feel resistance in the trigger as you pull back to fire your bubble, and the haptic feedback is used to great effect, with your controller rumbling just the right amount as you shoot and make contact with bubbles. Along with the oh-so-shiny visuals, it does feel right at home on PS5.

If you have fond memories of early Puzzle Bobble games, you’ll get a sweet nostalgia kick out of Puzzle Bobble 3D: Vacation Odyssey. It looks fantastic, and with 100 campaign levels alongside an infinite and duel mode, there’s a generous amount of content for its modest asking price. There’s a lot of fun to be had, no doubt – but you’ll not be able to shake the nagging feeling that it’s just not quite as enjoyable as its 2D counterparts.

This review of Puzzle Bobble 3D: Vacation Odyssey is based on the PS5 version of the game, via a code provided by the publisher. It’s available on PS4 and PS5. 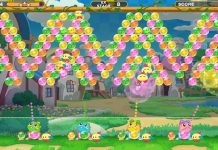