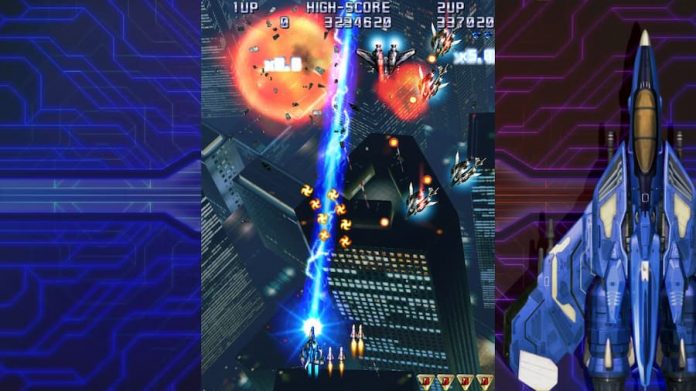 It’s been available for a decent length of time elsewhere, but Raiden IV x MIKADO Remix is finally available in Europe. And good things come to those who wait.

Since its arcade debut in 2007, vertical scrolling shoot ’em up Raiden IV has been ported to consoles numerous times. This Switch release is essentially a port of Raiden IV: Overkill, an updated version of the game made for PS3. But there’s one big difference: it has a soundtrack remixed by Game Centre Mikado. To some that will probably mean nothing. But to others, it’s an assurance that their ears are in for a treat.

The gameplay of Raiden IV x MIKADO Remix remains the same as pretty much all other Raiden games. Taking control of a ship, you move from stage to stage, shooting down enemies as the screen scrolls ever upwards. Along the way, there are power ups to collect that enhance your primary attack and secondary attacks, and some pickups will even change your primary attack from a being a simple cannon to a laser or suchlike. At the end of each stage, a powerful boss lies in wait, truly challenging your skills.

Like most shoot ’em ups, Raiden IV x MIKADO Remix is hard as nails. Just one hit is enough to take your own ship down, which makes the large number of enemy forces thrown your way rather menacing, especially when some of them take quite a pounding. Thankfully though, there are numerous difficulties on offer, making it suitable for all skill levels. You can even tweak how many lives you start with and the number of screen-clearing bombs. 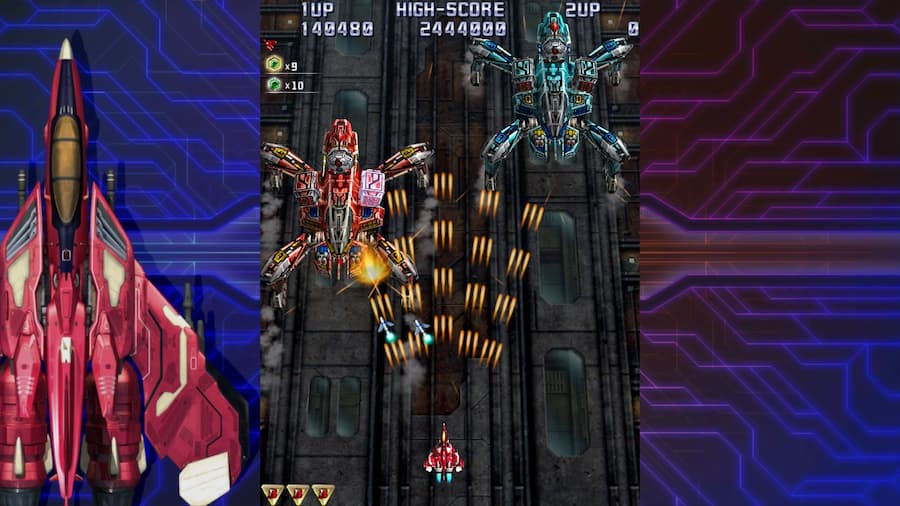 Being based on the Overkill version of Raiden IV, there are a pleasing number of game modes available. You can play the game as it was created for the arcade if you wish, or you can jump into Additional mode, which features new stages. Many will be more interested in Overkill mode, however, thanks to its revamped scoring system that further rewards skilful play. Along with global leaderboards, it allows players to engage in heated competition. There are other modes to engage with, too.

One of the benefits of Raiden IV x MIKADO Remix being on Switch is that it makes playing in TATE mode rather easy. It’s just a shame that it smooshes the menus into the centre of the screen, making them harder to read outside of gameplay. The Switch, with its detachable Joy-Cons, also makes it easy to play in co-op. You can both play on the same patch of screen if you wish, or have two verticals side-by-side. It’s a very nice touch. 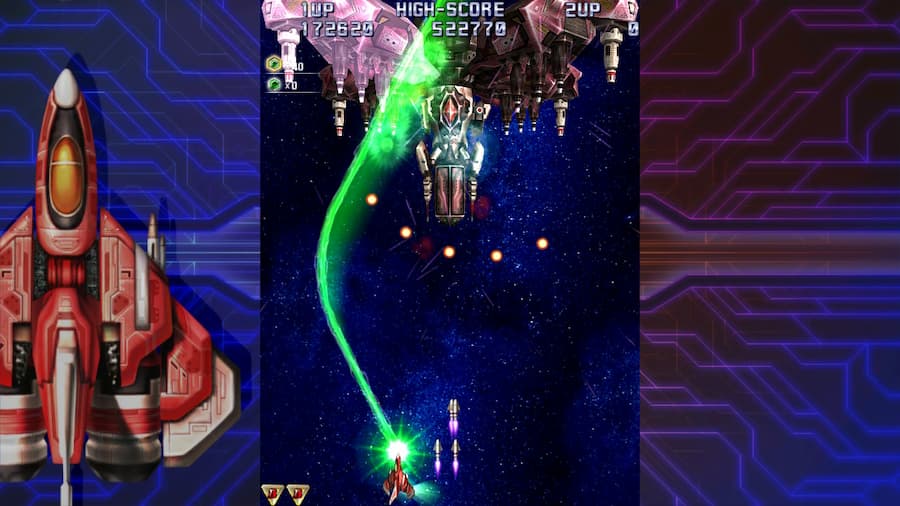 Raiden IV x MIKADO Remix looks great on Switch, too, especially if you have an OLED model. The bright colours here pop off the screen, with explosions being particularly impressive. The only problem is, playing in Overkill mode, the screen can perhaps be a little too hectic at times, obscuring enemy projectiles.

For shoot ’em up fans, the decision whether to purchase Raiden IV x MIKADO Remix or not on Switch should be a no-brainer. Not only is this one of the best shoot ’em ups around, but here it’s enhanced with additional modes, global leaderboards and a brilliant remixed soundtrack. Throw in co-op, an abundance of options to fiddle with, and TATE mode, and you have a game that will keep fans of the genre entertained long into the future.

This review of Raiden IV x MIKADO Remix was facilitated by a code provided by the game’s publisher. It’s available exclusively on Nintendo Switch.