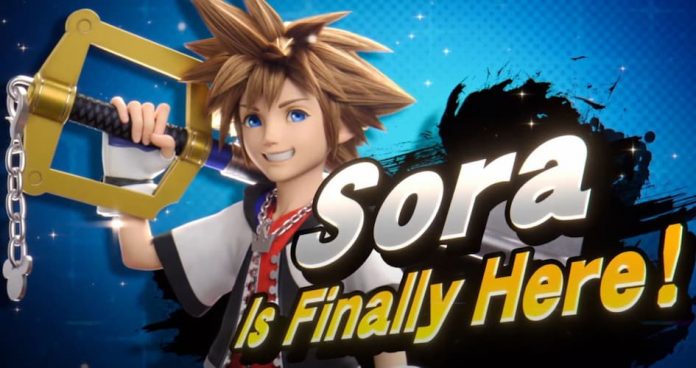 Sora’s the young protagonist who has been at the helm of the Kingdom Hearts series since it launched on PlayStation 2 back in 2002. Wielding a Keyblade, he’s a nifty fighter – but he rarely acts alone. In the Kingdom Hearts games he’s accompanied by Donald and Goofy, and often by other Disney characters. But it seems in Super Smash Bros. Ultimate, he’ll be by himself.

Sora will be available as part of the Challenger Pack 11 DLC, which releases on 18th October, completing a huge roster of characters which have been rolling out for the last three years. Challenger Pack 11 also includes a selection of Kingdom Hearts music tracks and a new stage.

If you have Super Smash Bros. Ultimate Fighters Pass Vol. 2, you’ll be able to download Sora and his accompaniments as part of that. The pass retails for $29.99 or your local equivalent. Sora’s DLC can be purchased alone for $5.99.

You can watch Sora’s announcement, along with the rest of Smash Bros. stream in the video below.