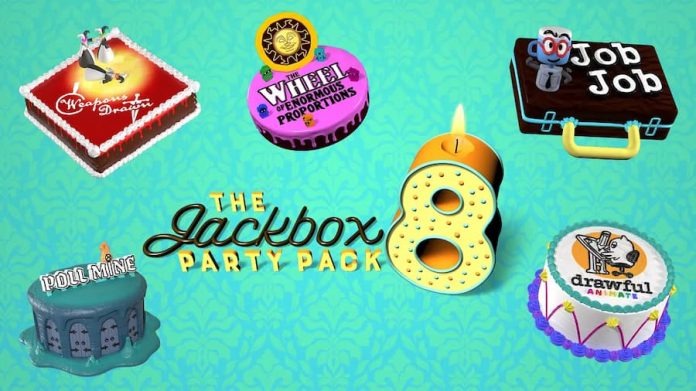 The Jackbox Party Pack 8 is out now, bringing with it more multiplayer party shenanigans.

Despite the title, The Jackbox Party Pack 8 is entirely stand-alone, so you can leap into it whether or not you’ve played or own any of the previous packs. It sports five daft multiplayer quiz games, which may or may not get funnier with the introduction of alcohol; this time around, the titles on offer are Drawful Animate (a sequel to the original Drawful), Job Job, The Poll Mine, Weapons Drawn and The Wheel of Enormous Proportions.

We reviewed The Jackbox Party Pack 7 when it arrived last year, but we weren’t too impressed. We concluded that “with three of the games here being complete duds, this is probably the poorest Party Pack yet.” We were, on the other hand, more enthusiastic about Party Pack 6, so this year’s offerings could go either way.

Over at the PlayStation Blog, you can learn about how some of this year’s mini-games came to be. Of the five titles on offer, potentially the most interesting is Weapons Drawn, which is a social deduction game where you try to use doodles to get away with murder. Each game supports a different number of people – the player numbers are:

The coolest thing about The Jackbox Party Packs as a whole is that you don’t need to take turns on the console or PC, or mess around with multiple joypads, you use your mobile phone to participate. Get a few Android or iPhone owning friends round and you’re good to go. 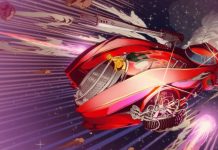