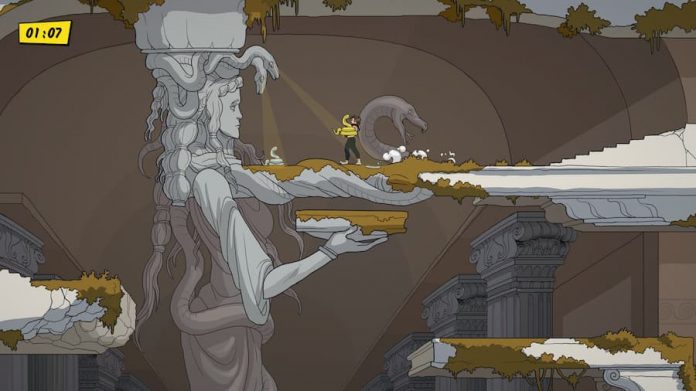 Treasures of the Aegean, arriving this November, invites you to solve the mystery of a dead civilization.

And by “solve the mystery” we mean steal anything that isn’t nailed down. This comic book style platformer’s Steam banner shows the game’s heroine, Marie Taylor, doing a runner with a gold artefact under her arm, while some angry people in body armour point and her. But they have no right to plunder such treasures, while Marie.. er, never mind.

Treasures of the Aegean reminds us of Prince of Persia, mashed up with the 2D Gameboy Colour incarnation of Tomb Raider. Marie’s a parkour expert so you, as her, will be doing an awful lot of bounding around. There’s also a degree of actual mystery solving, plus the game draws upon the history of the Minoan Civilization.

There’s a time-loop involved too, which we assume is why the game isn’t permanently over when you horrible misjudge a jump and send Marie to her bonecrunching death. We’re remembering just how many times Lara came a cropper in Tomb Raider so we could be looking at a Groundhog Day fatality level.

Treasures of the Aegean is released this November 11th, stealing its way onto PlayStation 4, PlayStation 5, Xbox Series X|S, Xbox One, PC (via Steam( and Nintendo Switch. A physical release will follow the day after. 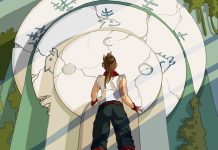 Treasures of the Aegean Review