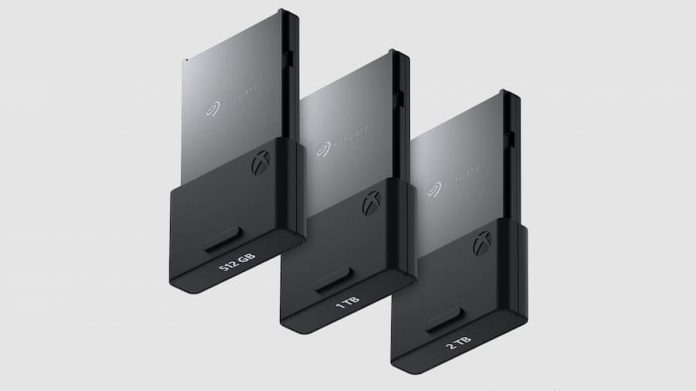 But before the end of the year, there’ll be more options available. You’ll also be able to purchase a 512GB card and a 2TB card. But, as you’d expect, that 2TB storage expansion card comes with a very hefty price tag.

Unlike PS5’s storage, which can be expanded with any brand of M.2 SSD, as long as it’s fast enough, Xbox Series X/S can only be expanded by using a Xbox-branded Seagate expansion cards. The 1TB card launched last year alongside the consoles, costing £220/$220. That is very pricey; to put it in context, it’s only £30 less than you’d pay for an Xbox Series S console. But if you want more storage for your next-gen games on Series X or S, it’s so far been the only option you have.

But now, if you’d like more (or less) storage, more options are coming. For 2TB of storage though, you’ll need to stump up $399.99 – almost the price of an Xbox Series X console all over again. The 512GB expansion card will cost $139.99, which is slightly more palatable. Regional pricing has yet to be announced, but since the GBP price of the 1TB expansion card is like-for-like with the USD price, we’d imagine these to cost £399.99 and £139.99 in the UK.

The 512GB card will launch in mid-November, and if you’re in the US, you can pre-order one today from Walmart. The 2TB car will follow in December, with pre-orders coming next month.

As much as we’d like 2TB of extra space for our games, we’re not quite sure we want to pay that much for the privilege. But it’s likely the prices of them won’t go down any time soon.

You can read more about them on the Xbox Wire website by clicking here.