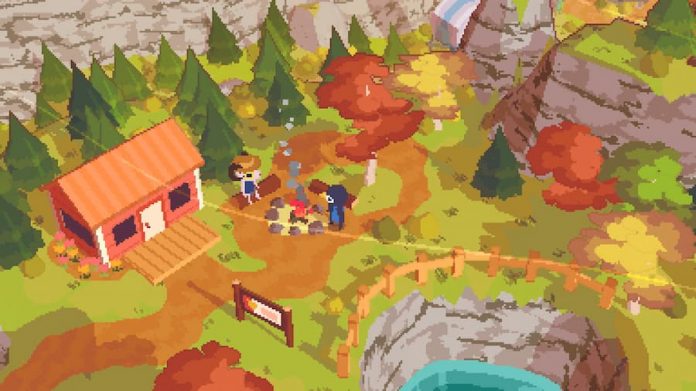 First released on PC back in 2019 and last year on Switch, A Short Hike is now available on PlayStation and Xbox consoles. If you’re jumping in for the first time, you’re in for a treat.

The clue is in the name: A Short Hike is a short game, literally about a hike up to the peak of a mountain. You take on the role of Claire, a bird who must reach the summit in order to make a phone call. For some reason, there’s no signal anywhere else. But getting to the top of the mountain isn’t so easy; first, Claire needs to collect golden feathers which will allow her to jump and climb higher.

Each feather that you collect allows Claire to jump one more time. So, with one golden feather, Claire can double-jump. But get ten feathers, and Claire can jump in the air ten times. Very handy when it comes to climbing up a mountain, you’ll agree.

As such, your time with A Short Hike will primarily be spent collecting enough feathers to climb the mountain. You’re told that seven are required, though the more feathers you find, the easier your climb will be. Your first feather comes easily; it’s being sold at the visitor centre for a humble amount of coins, which are quickly collected from around the world. The rest, however, are a little trickier. There are some to be found by exploring, but most you’ll need to buy from a scalper. Yes, someone’s bought the rest of the visitor centre’s feathers and is charging 100 coins a pop for them. Better get searching for money, then.

It’s a good job that A Short Hike‘s world is such a pleasure to explore. It’s surprisingly big; I’d already completed the game before I discovered a whole new side to the island. You’ll come across other characters, either enjoying the surroundings or also trying to hike up the mountain. Some will have quests for you to do; others simply want to chat. It’s worth engaging in their quests; you’ll often be rewarded with something useful. Sure, you don’t need to do to much side content to reach the ‘end’ of the game, but you’d be missing out on so much of A Short Hike‘s experience if you simply reach the top then call it quits. 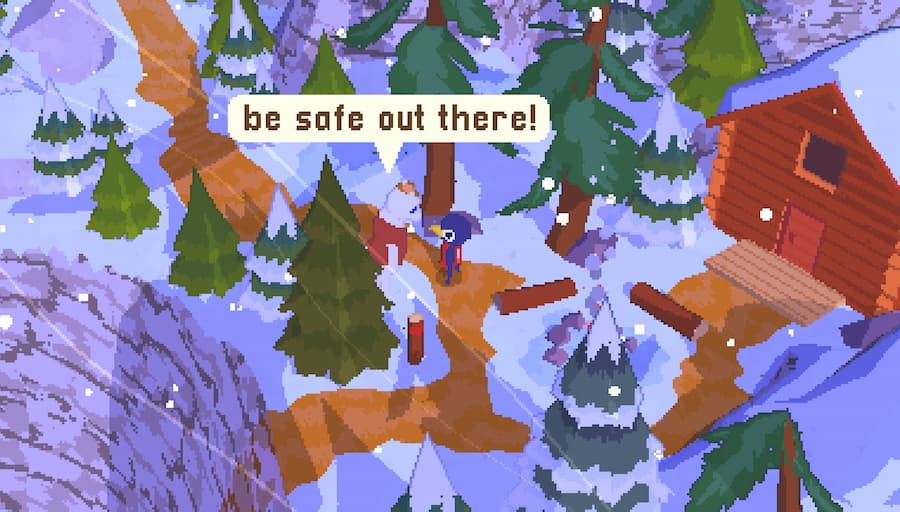 Getting to the peak of A Short Hike‘s mountain will take less than two hours. Maybe even less than one, if you know what you’re doing. Once you’re at the top and have glided back down to go rest in your house (climbing a mountain is tiring), the credits roll. But that shouldn’t be game over; hit ‘Continue’ and you can jump straight back in. With so much to see and do in the game’s world, you’d be remiss not to.

You can compete in races, challenging a NPC to race from one point to another. Or you can simply explore, unlock shortcuts, discover secrets and help out other characters with a few quests. You’ll want to help the runner who has lost her red sweatband, for example. Bring it back to her and she’ll gift you a pair of running shoes – key if you want to win in those races. Then there’s the beach-goer who wants you to bring them 15 seashells, or the child who wants you to take him on a wild boat ride. None of these things are key to finishing A Short Hike, but they’re the beating heart of the game. 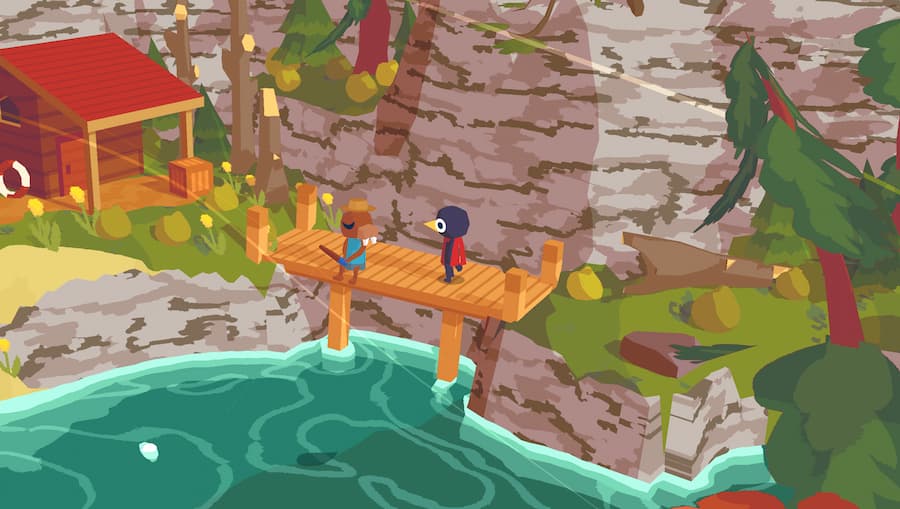 One unusual thing about A Short Hike is that you get to choose its art style. It’s true; a slider in the options lets you adjust the size of the pixels. By default, it’s set to huge, crunchy pixels to give the game a rough, retro vibe. But turn the slider all the way down to microscopic pixels and you’re left with a gorgeous, smooth aesthetic that – in my opinion at least – is much more befitting to the game. Of course, your preferences may differ, and I suppose that’s entirely the point of why the slider exists in the first place. It’s just unusual (but rather neat) to see a developer leave that choice in the hands of the player.

If you enjoy casual adventuring and games that you can take at your own pace, A Short Hike is not to be missed. It may be short in name and in nature, but every moment you spend with it will warm your soul. Don’t rush to the finish line – enjoy the journey and make the most of what you discover along the way. It’s a life lesson we should all take to heart.

This review of A Short Hike is based on the PS4 version (played on PS5), via a code provided by the publisher. It’s available on PS4, Xbox One, Switch and PC.