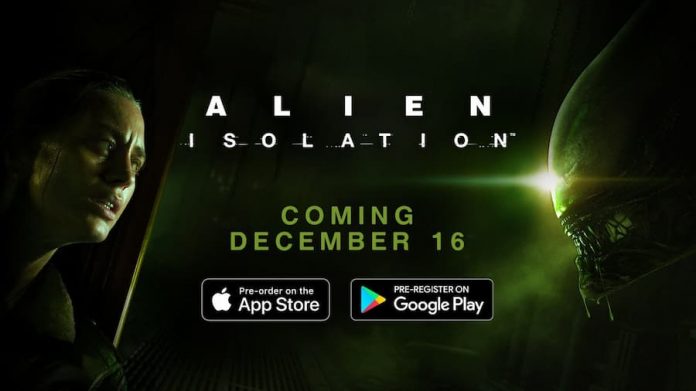 Stealth survival horror Alien: Isolation is coming to mobiles. No, we promise we’re not making this up.

We’re not doubting that current mobile devices have the power to run Alien: Isolation, it’s just that this is a game where survival can hinge on how fast you are to duck behind a table. On top of that, its save system requires you to interact with an in-world save point then wait for it to complete, hoping the Xenomorph doesn’t ventilate your face.

According to the announcement, “Tailored for touchscreen play and using a bespoke, fully customisable interface, Alien: Isolation allows players to fine tune the game to their own playing style.” In other words, using a touchscreen shouldn’t make you alien fodder any more than a gamepad does. Yes, you’re still going to die, a lot, but the interface shouldn’t be responsible for your mortality problems.

As we noted when including it in our list of best Xbox stealth games, Alien: Isolation was released before GameSpew existed, but it’s very much stood the test of time. It casts you as Amanda Ripley, the daughter of franchise protagonist Ellen Ripley who, in trying to track down her missing mother, ends up being stalked by a Xenomorph.

What makes Alien: Isolation so outstanding is that it mirrors the cat and mouse aspect of the original Alien. There’s no shooting the Alien in the face with a pulse rifle, any escape is temporary at best. It’s a crying shame that, having landed on the PC, PlayStation 4, Xbox One and later, the Nintendo Switch, it never got a sequel.