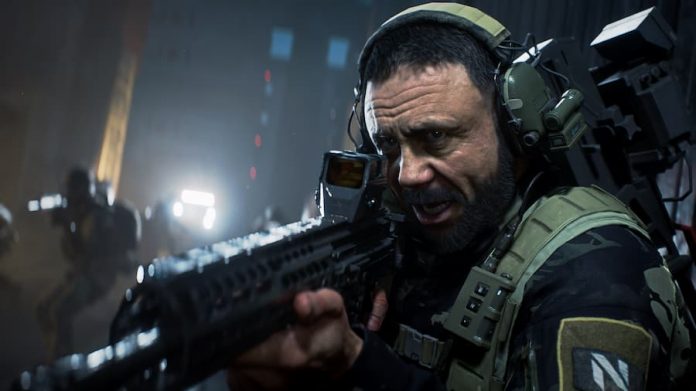 After a short delay, Battlefield 2042 is finally here. And it perhaps isn’t quite the game that series fans hoped it would be.

Changes to the tried-and-tested formula are always hit and miss, and Battlefield 2042 takes such pretty big risks. The introduction of Specialists, for example, hasn’t gone down well with many, adding a ‘Hero Shooter’ element to the game that just doesn’t quite fit. You get over it eventually though. Meanwhile, other changes such as dropping voice chat and the end-of-match scoreboard are just baffling. The negative feedback on these means there’s no doubt they’ll be added at a later date.

There’s one issue at the heart of Battlefield 2042 that won’t be so easy to fix, however: the ill-conceived notion that bigger is better. Now allowing up to 128 players to engage in all-out warfare rather than ‘just’ 64, the maps have been made larger to accommodate those players. Though they’ve perhaps been made too big. The result is that when the majority of players all find themselves battling over a single objective on the map it’s absolute mayhem. But when they spread out, it can feel very lonely.

More dynamic than ever before, the maps in Battlefield 2042 are an accomplishment on a technical level. They have a great deal of verticality, making them fairly interesting to explore and look at. With Earth in the midst of a climate crisis, the weather is prone to change mid-fight, too, resulting in huge storms which limit visibility, and sometimes cause a fair amount of destruction. But none of that alleviates the fact that each of the maps on offer also feel overwhelmingly barren in places.

Battlefield 2042’s oversized maps result in vast open spaces, and they have quite a large impact on how the game plays. If you like playing assault, for example, you’ll often find yourself in more danger than ever from snipers or those equipped with marksman rifles. If you die quite often, you could also find yourself spending a lot of time running considerable distances, which just isn’t fun at all. Thankfully you can call vehicles in fairly regularly. 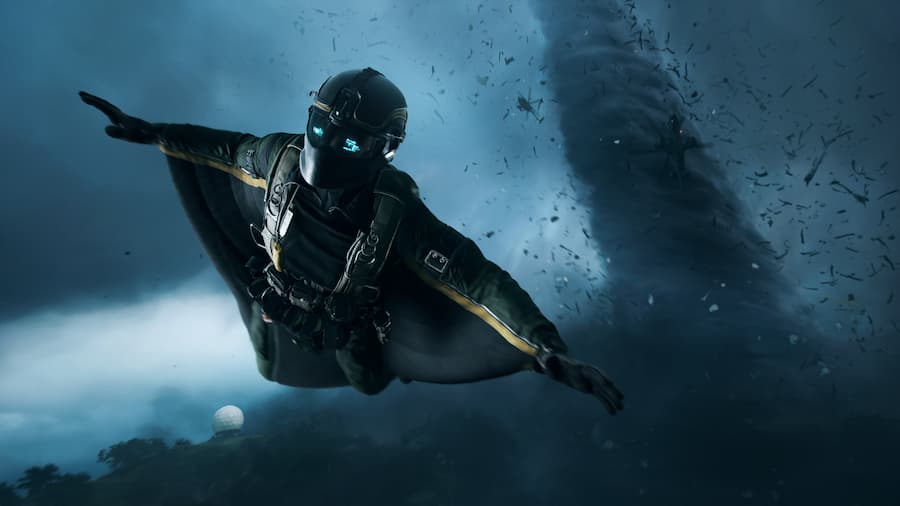 When playing Conquest, which challenges you to capture points so that you can control sectors, the larger maps also require you to have eyes at the back of your head at times. It’s easier than ever for the opposing team to get around your forces, and maybe even set up camp somewhere in relative safety. Death can now truly come from any direction, making for an experience that’s undoubtedly more tense, but not any more enjoyable or rewarding.

Ultimately though, it’s the combination of the issues already mentioned, and more, that makes Battlefield 2042 a disappointment so far. You can learn to be more cautious of your surroundings, and you can try and cut down on long distance journeys by foot, but neither make Battlefield 2042 more enjoyable to play than previous efforts. Meanwhile, bugs such as textures not loading are out of your control and drag the experience down even more. 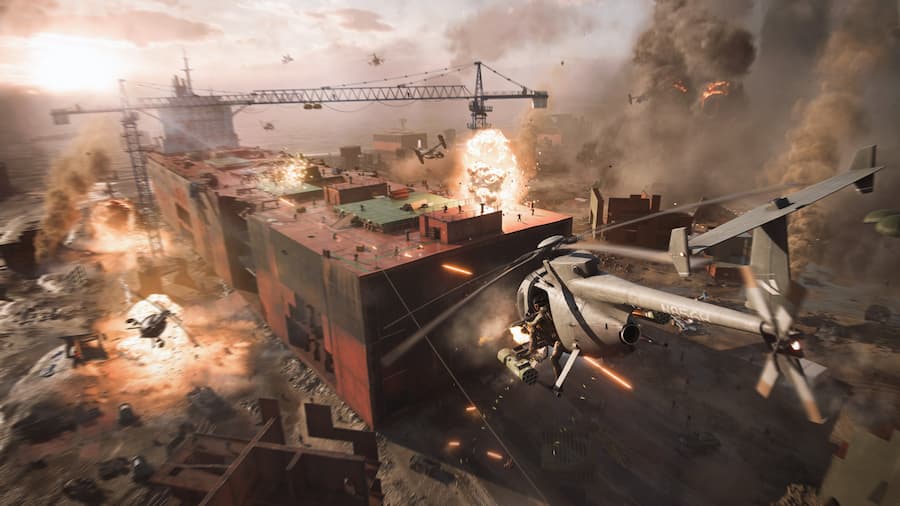 Still, there are some highlights. Breakthrough mode is enjoyable, thanks to how it concentrates the efforts of both forces on specific areas of the map. There’s some fun to be had in Portal, too, with featured modes allowing you to take a trip back to World War II, and some interesting creations being cooked up by the community. On the flip side, the new Hazard Zone mode which tasks a squad of players with recovering data drives and extracting them is a swing and a miss. It’s simply confusing to start, and only really viable if you have a team you can truly communicate with.

We’re still working on our Battlefield 2042 review. Things are still in flux, and there are some pretty major changes coming in the days and weeks ahead, which you can read about here. We’d be lying if we said that we hadn’t had any fun with the game; when things come together, it really is exhilarating and fun. But it’s uneven. One minute you can be having the time of your life, battling to maintain control of a sector. The next, you’re running across a barren field for a few minutes before being sniped out of nowhere, trying to muster up the enthusiasm for yet another sprint in a world that feels strangely empty at times.