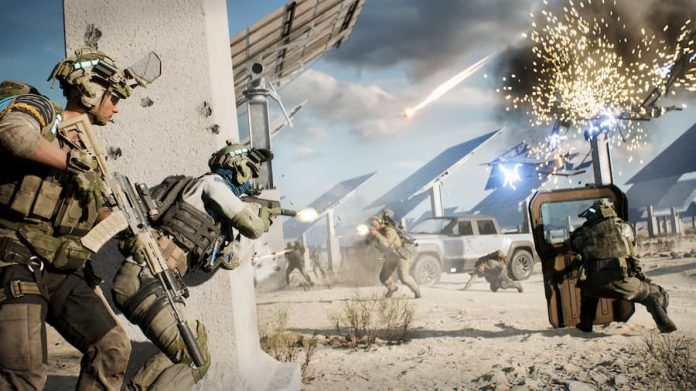 There’s nothing like running across a flat field for what feels like an eternity, only to see the objective point you’re heading to change from red to blue as you approach, rendering your journey pointless.

It’s something that might happen to you a lot in Battlefield 2042. And it’s the result of developer DICE creating maps that are bigger than ever before. The reason? Battlefield 2042 supports a whopping 128 players rather than ‘just’ 64. The result is that when a zone becomes hotly contested, the action is sensationally intense. But when forces are spread across a map, everything can feel oddly quiet for a Battlefield game.

At launch, Battlefield 2042 has seven maps. They all look great – you can really tell that DICE has put some real effort into their creation – but it’s as if no-one though about how their more open design would affect the core game experience. Instead, with the crux of the game’s story focusing on climate change, more thought has apparently been put into storms that frequently take place. They are indeed phenomenal, causing widespread chaos and destruction, but they can’t make up for a variety of gameplay issues.

It’s Conquest mode where Battlefield 2042‘s oversized maps perhaps have the most negative impact. Challenging each team of 64 players to capture control points, take control of sectors and ultimately kill enough enemy players to seize victory, each match is an unpredictable affair. With so many control points to vie for, it can be hard to keep track of the status of them all, leading to matches than often feel messy. 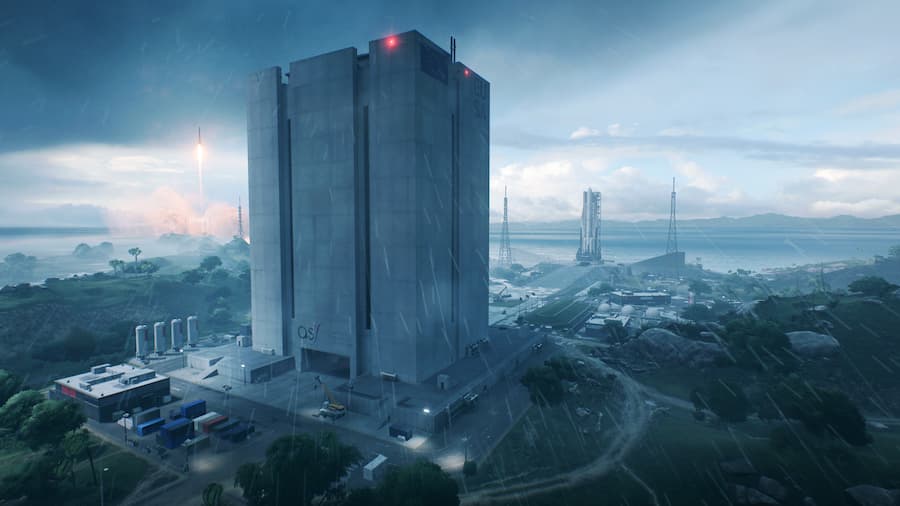 With players grouped into squads of four, fighting for control of sectors can ultimately feel a bit pointless. You might battle to take control of one, only for all squads to then leave and pursue a new target. A minute later, your hard work is possibly undone by the enemy laying claim to it again. Sometimes, having control over most sectors of the map doesn’t seem to have any real benefit, either, with your tickets still depleting faster than your enemy’s.

What really takes the fun out of Conquest though, is the amount of legwork you often find yourself doing. With control points spread so far apart, unless you manage to grab or spawn into a vehicle, there’s a large amount of on-foot travel involved. And the large, generally flat, expanses between buildings and other points of interest create another problem: this is very much a game for snipers.

Shotguns are pretty much pointless in Battlefield 2042; there’s hardly ever an opportunity to use them. Assault rifles rifles are more useful, but when you’re running from one control point to another you’re pretty much a sitting duck. Perched high on buildings or other structures, snipers will do their best to pick you off. And there’s not a damned thing you can do about it. If you’re lucky, you might make it to the next control point alive and actually engage in some warfare again. If not, it’s time to redeploy and do some more running.

Switch over to Breakthrough matches rather than Conquest and more fun can be had. Challenging the attacking team to take control of two control points in order to push the defenders back, there are multiple sectors to be won before they can call themselves victorious. The gigantic maps still cause some issues, but with all players focused on just one or two control points, the action is faster-paced and more chaotic. It feels more like all-out war. 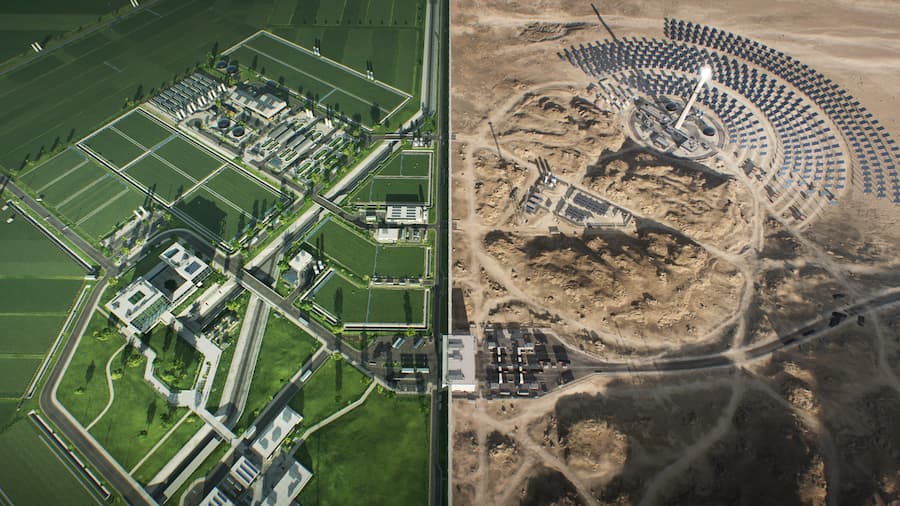 Battlefield 2042 has a mode that’s entirely new, too, but it’s hard to know how much life it has in it. Hazard Zone drops your squad of four into a map and tasks you with recovering Data Drives. First you’ll need to locate drop pods that house them. Then, once they’re in your possession, you need to extract. The more drives you extract the greater the rewards, but with enemy forces out to cut your time short, plus a seriously nasty storm on the way, you need to think and act fast.

The problem with Hazard Zone is that it requires a hell of a lot of team work. So, unless you have a group of communicative friends to play it with, it’s not very enjoyable at all. Also, it just doesn’t feel like Battlefield. It feels more like an experience you’d find in a Tom Clancy game by Ubisoft.

Portal mode is perhaps the most exciting thing about Battlefield 2042, allowing players to create their own modes. Content from Battlefield 1942, Battlefield: Bad Company 2 and Battlefield 3 is included, allowing for experiences very different to Battlefield 2042‘s core modes. But outside of what’s featured in any given period, you might be disappointed with what’s available. Like all user-generated content, when it’s good it can be very good, and when it’s bad, it can be horrid.

Outside of Battlefield 2042‘s map woes, there are some other issues, too. Some might not take well to the introduction of Specialists, for example. Replacing classes, each Specialist comes with their own unique gadget or tool, such as grappling hook or wingsuit. Surprisingly though, they’re not locked out of equipping any of the weapons available in the game. So, you’re free to create any loadout you wish despite of who you choose. What’s perhaps most irritating about them is the quips they spout at the end of each match, making Battlefield 2042 feel uncomfortably like a hero shooter. 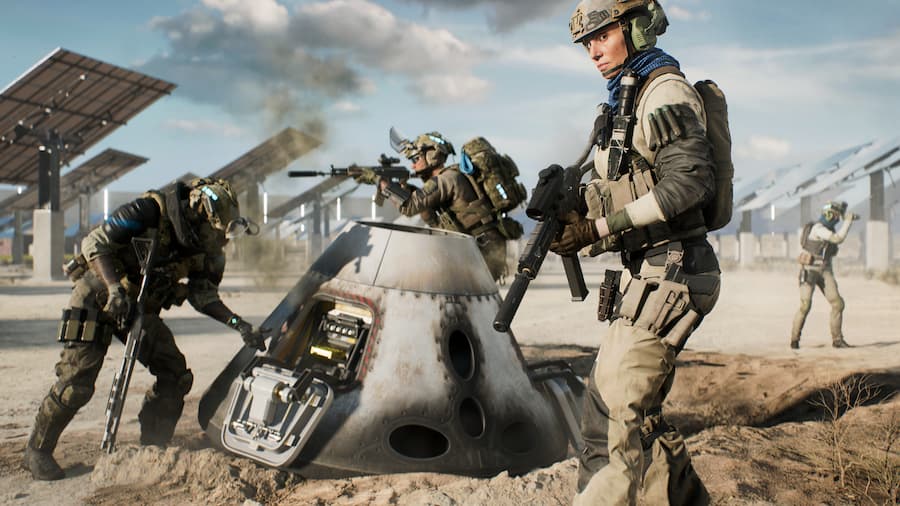 More problematic, however, are the various bugs and glitches you might encounter while playing, such as textures not loading, or not being able to redeploy upon dying. And then there are strange omissions such as a lack of leaderboards and voice chat. Everything adds up to make Battlefield 2042 not the leap forward it should be.

Disappointing is the best way to describe Battlefield 2042. It can be fun at times, but also frustrating and downright dull. Its maps are impressive in scale, with weather effects that are a sight to behold. But they’re just too big, filled with vast open spaces that don’t do the game any favours. Mix in a variety of bugs and unfortunate design decisions, and you have the weakest Battlefield game in years. Can it be turned around? Possibly. But whether you’re a fan of the series or not, you’re definitely better off waiting for it to receive some more updates before you jump in.

This review of Battlefield 2042 is based on the PS5 version, with a code provided by the game’s publisher. It’s available on PS4, PS5, Xbox One, Xbox Series X/S and PC.