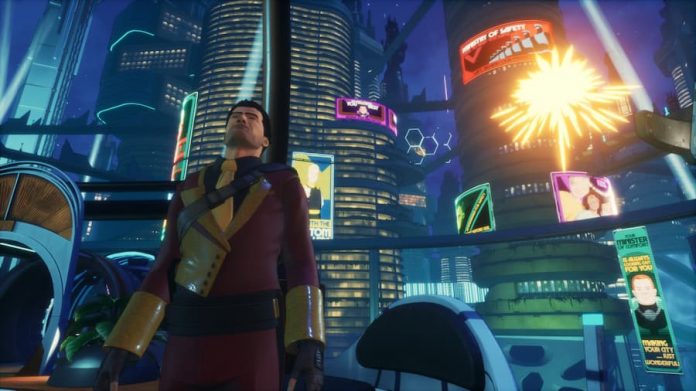 It’s been nearly 30 years since Beneath a Steel Sky released, and here I am playing its sequel. Time is a funny old thing.

I’ve never played Beneath a Steel Sky, partly due to the fact that I was merely six years old when it first released. And jumping into Beyond a Steel Sky, the direct sequel released last year on Apple Arcade and PC and today making its way to console, I’m slightly disappointed that I haven’t played its predecessor. Sure, Beyond a Steel Sky does a great job in making you feel welcome, regardless of whether you’re already familiar with its world and its characters. But there are a lot of sly nods, references and Easter eggs that leave me feeling excluded from the joke.

I am a fan of Revolution Software’s other works though, and seeing a handful of Broken Sword references slip their way in – and also discovering that some Broken Sword characters may have actually been references to Beneath a Steel Sky in the first place – left me with a grin on my face. Yes, Revolution likes to please its fans. Not so much that it would rush to make us Broken Sword 6, of course. But enough that it would sneak in a museum exhibit that looks uncannily like George and Nico under our noses.

But Beyond a Steel Sky is much more than a bunch of in-jokes. It tells a mature and engaging story about a dystopian city in an undisclosed future; a future where robots live and work alongside humans and, if you’re not ‘lucky’ enough to be a citizen of Union City, you’re out on your ass in the desert wasteland. Your protagonist, the dully-named Robert Foster, comes from the wasteland – or The Gap, as it’s referred to in the game. But after a child gets taken from his village, transported to Union City in a huge dog-like vehicle, he takes it upon himself to track him down. 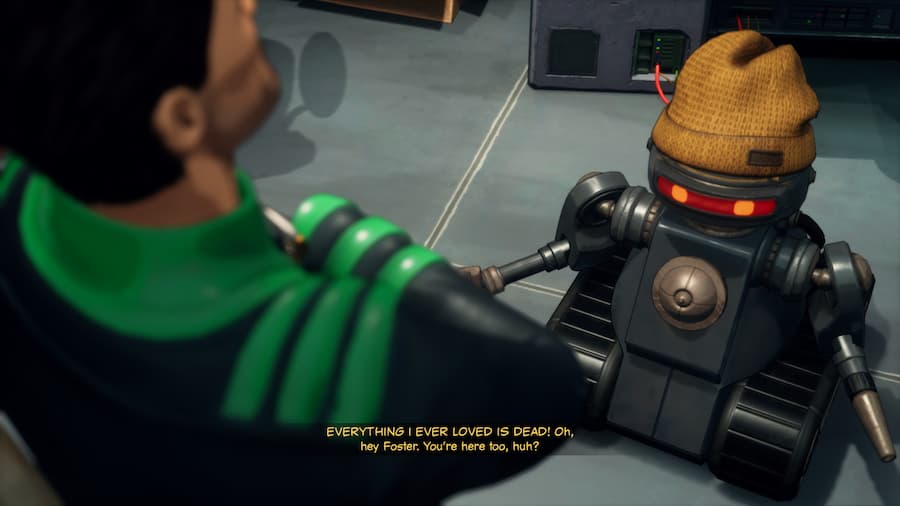 This isn’t just a story about kidnapping, though. In fact, that main plot point often takes a back seat as you, as Foster, make your way around Union City and engage with its residents. There aren’t too many environments to poke around in, but you certainly get a sense of the city’s scale thanks to the gorgeous visual design on show here. Beyond a Steel Sky looks fantastic; unimaginable that a game from 1994 could have a sequel that looks so wonderful. There’s a mix between realistic and comic book which works to great effect. Characters and locations are simply oozing with detail – it’s almost a shame that this isn’t an open world we can poke around in.

You’ll be glad of the small-ish areas when it comes to solving the puzzles of Beyond a Steel Sky, though. This is, of course, a classic point-and-click adventure game dressed up in modern clothing. And so, you’ll need to pick up random items, interact with parts of the environment, and figure out what can be combined with what as you feel your way through the story. There’s nothing too obscure, but a built-in hint system means you can never get stuck for too long. And hey, it’s not 1994 anymore. Help is just a Google search away if you need it. 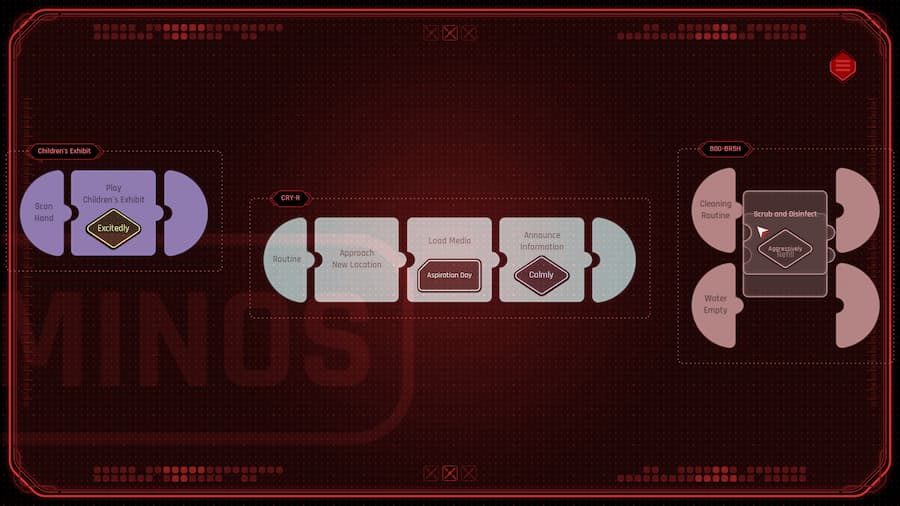 What does make Beyond a Steel Sky stand out from other adventure games is the hacking system. With a tool that Foster inherits early on into the game, you can hack into digital devices, changing their programming process. For instance – a bridge that only opens for registered personnel? You can hack it so instead of declining people with incorrect credentials, it’ll let them right through. As you can imagine, it’s a very handy tool, and something that you’ll need to use to solve many of Beyond a Steel Sky‘s puzzles. You’ll often need to switch directives between multiple pieces of technology though, and so standing in just the right spot to have everything in range can be a bit finickity, especially if you’re not quite sure what you’re supposed to be doing.

It does mean, however, there’s plenty of fun and mischief to be had. Programming a drinks machine to trigger an alarm when someone just wants a can of fizz wields humorous results – as does taking someone’s personal poem from their e-reader and making an announcement bot recite it to the whole city. It’s worth taking some time away from progressing the narrative just to mess around once in a while, and there are a few opportunities to do so.

When you do progress Beyond a Steel Sky‘s narrative, you’ll likely find yourself invested in its tale of a sinister, futuristic city. It claims its residents are the happiest people in the world – but something just isn’t quite right. You’ll get to the bottom of it eventually – though sadly the climax of the story is perhaps the weakest part of the game. The ending feels rather rushed, and while it answers most questions, it left me feeling rather underwhelmed. Regardless, the journey there was still worth it.

Whether or not you played its years-old predecessor, Beyond a Steel Sky is well worth your time. It’s well-written, funny and engaging – and despite a somewhat disappointing final act, it still shows that Revolution Software is leading the pack when it comes to crafting timeless adventure games. Robert Foster may have a forgettable name, but his journey is one that you’ll remember.

This review of Beyond a Steel Sky is based on the PS4 version of the game (played on PS5), via a code provided by the publisher. It’s available on PS4, PS5, Xbox One, Xbox Series X/S, Switch and PC.