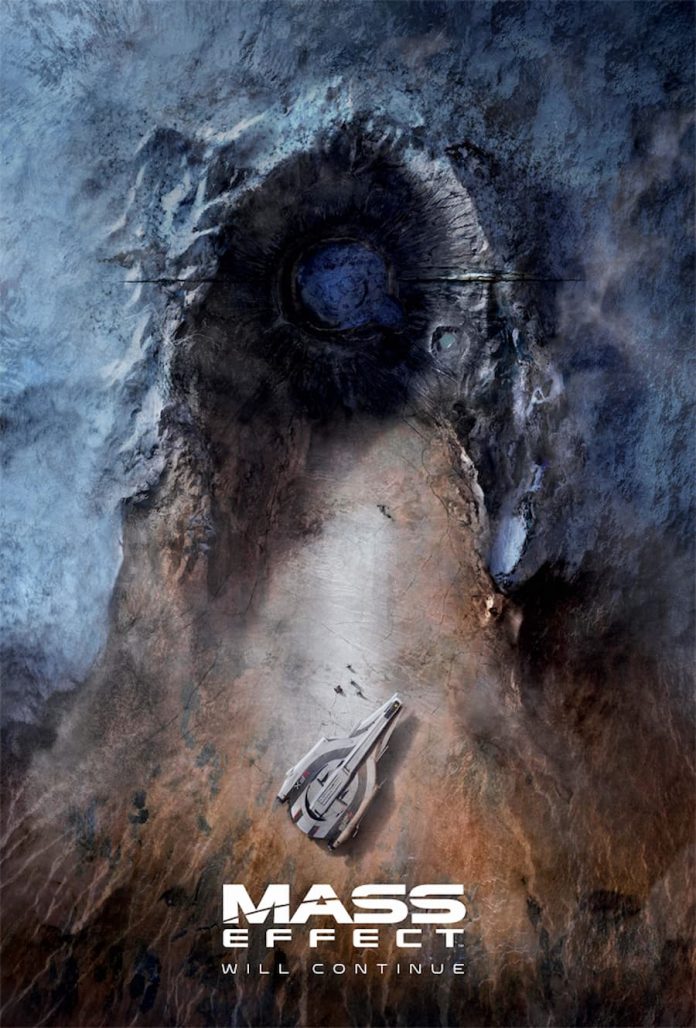 BioWare have teased the next Mass Effect game with a cryptic crater image.

Most Mass Effect days have passed without any grand revelations; Mass Effect Andromeda wasn’t the smash publishers EA and developers BioWare expected it to be and, for quite a while, the series looked to be dead in the water. Now, after last year’s very vague teaser, BioWare have released another teaser; this time it’s a static image, tweeted out on November 7th.

What can we learn from this mysterious image (other than the fact that “Mass Effect will continue) ? Not a lot, if we’re honest. As one sharp-eyed Twitter user noted, the crater vaguely resembles the head of a Geth, one of the original game’s robotic foes. The image also features a starship and four unknown individuals, walking across the crater. And, while it’s probably not story relevant, it’s also been pointed out that SFX, the word on each side of the starship, was also the code word Mass Effect was originally given.

Like the trailer, this image mostly serves to remind people that Mass Effect isn’t dead, though it’s doubtful we’ll get a Mass Effect sequel next year. Maybe a trailer or two but our money’s on Mass Effect 4, or whatever it ends up being called, arriving in 2023. In the mean time, why not dive into Mass Effect Legendary Edition which collects and remasters the first three games?