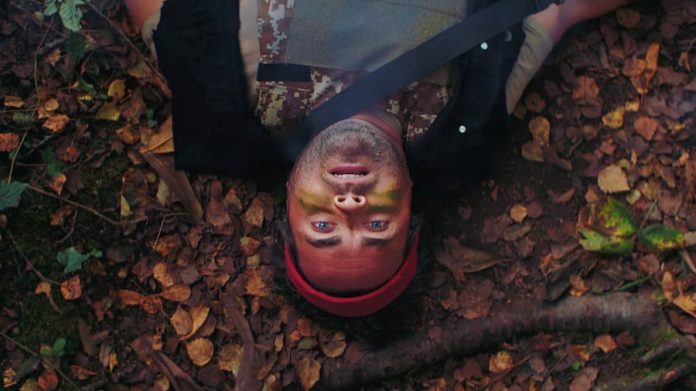 If you were an influencer, would you risk your life – and potentially take others – for ultimate fame and glory?

In the world of Bloodshore you would. The latest FMV game from Good Gate Media and Wales Interactive sees the top influencers from around the world come together for one ultimate contest: a fight to the death. A battle royale, but for real. There can only be one winner, and it’s whoever is left standing at the end.

Called Kill/Stream, the event is a global phenomenon, with millions of fans tuning in to potentially see their favourite internet celebrity shot dead live on air. And so, Bloodshore intermittently cuts between focusing on its characters and showing scenes of Kill/Stream’s presenters and viewers. The result is a messy, dystopian take on celebrity obsession; one that makes for very uncomfortable viewing.

Like a real-life PlayerUnknown’s Battlegrounds, Bloodshore starts with a group of streamers parachuting onto an unknown island. They’ve got an evening to set up camp and prepare themselves before the ‘game’ starts. Of course, everyone knows why they’re there. It’s an opportunity to gather some media attention – and the ability to drop out at any time means many of the contestants aren’t really taking it seriously. But once the next morning rolls around and the new rules are laid out, things quickly take a turn for the dark.

Bloodshore can’t quite decide what it wants to be. There’s a disparity between its jokes and its propensity to poke fun at streamers and influencers, and the joy it takes in seeing them shot dead. This is rather brutal at times, so if you’re not a fan of violent horror, you’re going to find this a hard sell. Even as someone who thrives on watching horror films I found Bloodshore hard to stomach at times. The push-and-pull between comedy and thriller/horror never really lands, making much of Bloodshore‘s story feel like an incoherent mess. 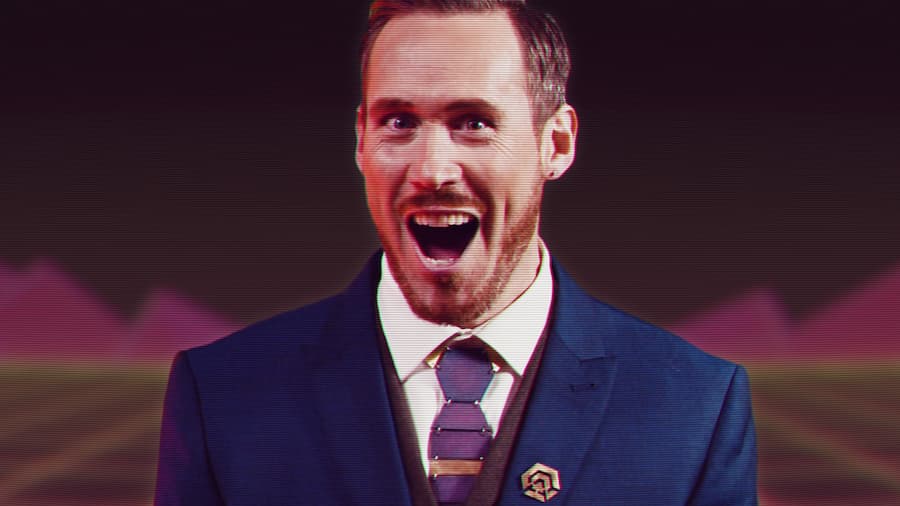 Of course, this isn’t just a movie, it’s an FMV video game, where you’re able to make your own choices and steer the outcome of the narrative – or at least change a few things along the way. In one playthrough, you’ll see about 60 scenes of Bloodshore‘s possible 300, meaning there’s plenty of scope for multiple replays. Whether you’ll be inclined to, though, is another matter. Despite being only being about 80 minutes long, Bloodshore never left enough of an impression to make a second viewing feel worthwhile. Though maybe you’ll enjoy seeing fake YouTubers shot in the face just enough to warrant it.

Every decision you make in Bloodshore comes as a this-or-that choice that must be made quickly. Fail to choose and the game will decide for you, taking your fate out of your hands. (Though the option to enable ‘streamer mode’ in the menu effectively pauses the game while decision-making, giving you time to mull over your choice if you’d prefer.) Those decisions usually relate to which character you want to side with in a discussion or argument, or which way you want to move when travelling across the island. But when it’s hard to care at all about your character, those decisions don’t carry all that much weight. 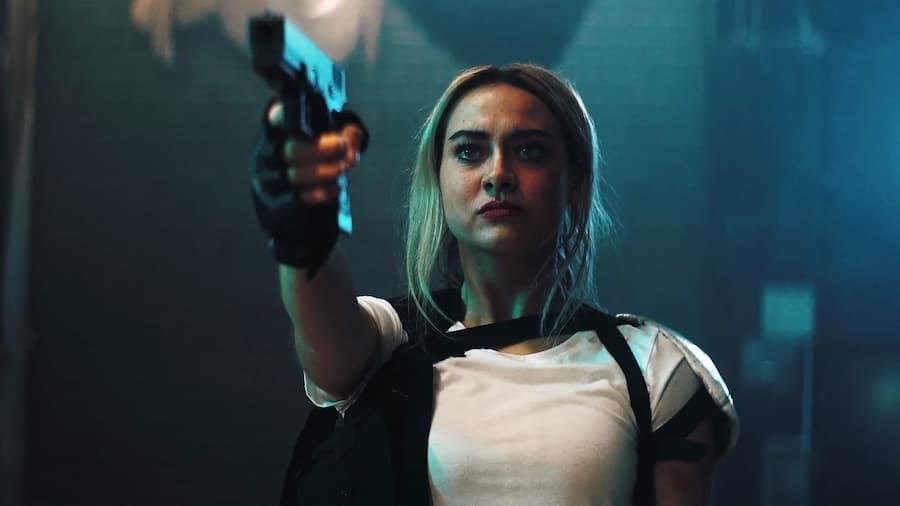 Bloodshore‘s short running time is ideal for a game of this type – it should feel like an interactive movie, after all. But it also means that there’s little time to waste on plot-building and establishing a relationship between the player and the character. Ultimately the person you’re in control of feels little more like a face in a crowd, and so you’ll likely not care whether he lives or dies.

Unfortunately, Bloodshore is Wales Interactive and Good Gate Media’s most disappointing collaboration yet. We thought very highly of The Complex and Five Dates, and the recent Night Book weaved an enjoyable narrative, too. But Bloodshore never quite hits the mark. It doesn’t work as a black comedy, instead never quite deciding if it wants to be funny or horrifying. It’s a disparity that never redeems itself – not even by seeing terrible internet personalities meet their grizzly demise.

This review of Bloodshore is based on the PS4 version the game (played on PS5), via a code provided by the publisher. It’s available on PS4, PS5, Xbox One, Xbox Series X/S, Switch and PC.