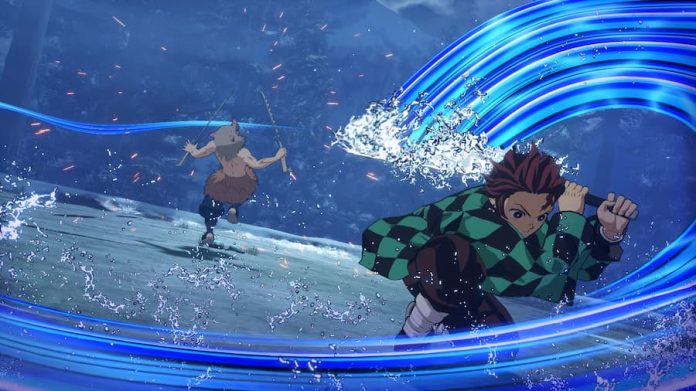 Covering the events of the first season of the anime and the recent movie, those familiar with Demon Slayer will doubt get the most out of this videogame adaptation.

Thankfully though, there’s enough exposition in Demon Slayer: Kimetsu no Yaiba – The Hinokami Chronicles to make it accessible to anyone. The main events are covered as you make your way through the game’s story mode, which mixes beautifully created story scenes, dramatic battles and light exploration. And if you want to add more narrative flesh to those bones, you can unlock and watch optional memory fragments.

In any case, the story follows a young man called Tanjiro Kamado, whose family was murdered by demons. Well, apart from his sister, who lives but is now a demon herself. Dead-set on making his sister human again, he decides to become a demon slayer, and begins the necessary training. That’s pretty much where the game kicks off.

In story mode, after completing the prologue you’ll make your way through eight chapters of Tajiro’s adventures, each one whisking him away to a new location to deal with one or more pesky demons. You’ll explore environments, seeking out your demonic prey, and it’s up to you if you head straight for them or take some time to look for pickups such as memory fragments or Kimetsu points (used to unlock rewards), or complete side objectives that generally require you to talk to people or find objects. You’re not given a great deal of freedom, mind; the areas are small in size and your path through them is rather linear. 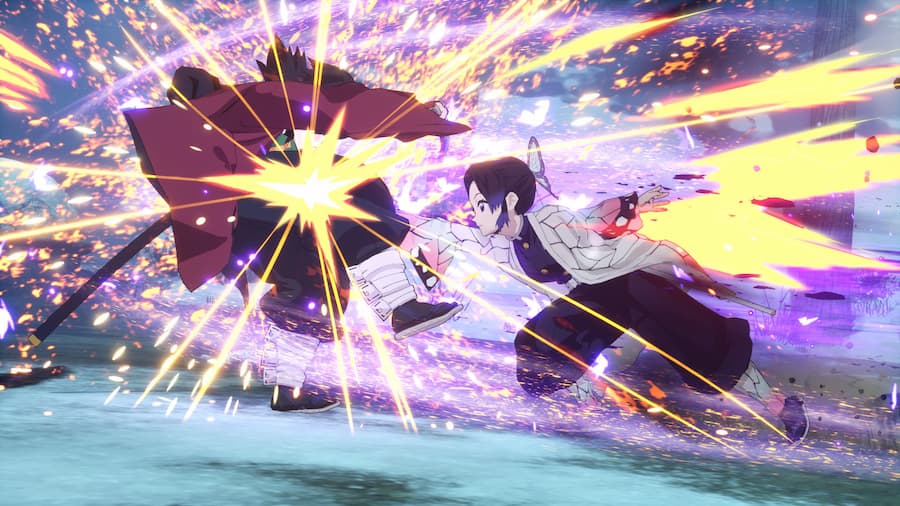 Numerous battles will play out as you explore, and while you’ll primarily be playing as Tanjiro, you will frequently get to take control of other characters, too. In fact, during many battles you’ll have two characters at your disposal. Sharing a health bar, one will fight while the other sits in reserve, waiting for you to call them out for an assist, or switch places. The combat itself is perhaps the best yet from developer CyberConnect2, embellishing on what the studio has learned from its work on multiple Naruto games. Standard attacks are your bread and butter, but there’s a healthy dose of special attacks and other advanced manoeuvres to add depth.

It’s the boss fights here that impress the most, though. You’ll need to learn their attack patterns, so you know when to hang back and avoid their attacks and when to move in for punishment of your own. They have the most spectacular special attacks, too, making your encounters with them all the more exciting yet also tense. To finish them, dramatic scenes play out as quick time events flash up on the screen. Pull them off successfully and you’re rewarded. All in all, the boss fights are the most enjoyable aspect of Demon Slayer: Kimetsu no Yaiba – The Hinokami Chronicles, and they’re also a treat for the eyes.

While you’re likely to complete your first playthrough of Demon Slayer: Kimetsu no Yaiba – The Hinokami Chronicles’ story mode in under ten hours, there’s a good chance you’ll spend more time with it. There are optional bonus fights to engage in, for example, and your performance is ranked, enticing you to replay battles to improve your score. There are plenty of rewards to unlock, too. Outside of story mode, there’s training mode and versus but that’s about it that’s worthy of note.

Training mode is actually more meaty than you’d imagine, allowing you to train under the majority of characters found in the game. Starting at Rank 1, you’ll take them on in battle, and if you emerge victorious you’ll unlock the next rank, where they fight with more gusto. Each trainer has ten ranks to complete overall, and for completionists there are also three tasks to complete for each rank for added challenge. 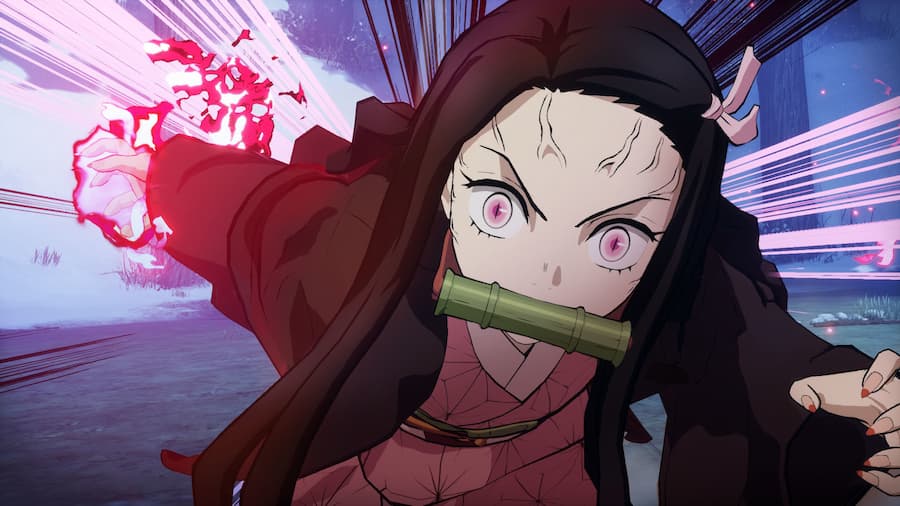 Versus is where you can easily set up your own matches against the CPU or engage in some healthy online competition. Ranked and unranked matches are available – it’s just a shame that the roster of fighters is pretty small. There are only 12 characters in the base game, and many of those need to be unlocked via story mode first. Two new characters have since been added for free via an update, however, as well as online missions, that reward you for completing objectives. More updates are promised as well, bringing yet more characters to the line up as well as a performance graphics mode for PS5, Xbox One and PC.

Demon Slayer: Kimetsu no Yaiba – The Hinokami Chronicles is a great anime-based fighting game that’s only going to get better. Its story mode is a lot of fun to play through, thanks to the quality of the source material and CyberConnects2’s refined battle system that’s easy to pick up yet rewarding to master. Factor in the beautiful visuals and a decent amount of side content to engage in, and you have one of the best videogame adaptations of an anime we’ve ever had the pleasure of playing. If you’re a fan of the franchise, consider this a must-have. And even if you’re not, you might want to give it a go.

This review of Demon Slayer: Kimetsu no Yaiba – The Hinokami Chronicles is based on the PS5 version, with a code provided by the game’s publisher. It’s available on PS4, PS5, Xbox One, Xbox Series X/S and PC. 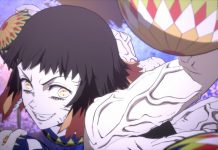 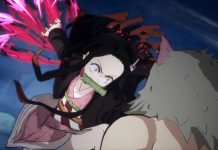 The Demon Slayer: Kimetsu No Yaiba Game Arrives This October