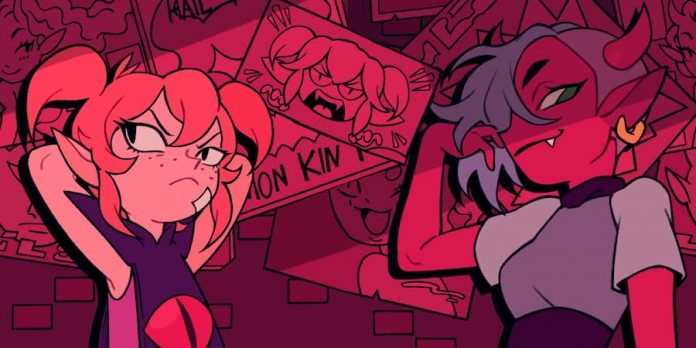 A game that captures the essence of old-school platformers and casts you as a spunky demon? That’s Demon Turf.

Developed by Fabraz and published by Playtonic Friends, Demon Turf is, at its core, a 3D platformer. There’s a strong spirit of games from the early-2000s here; fans of classics from the genre will find a lot to love. But does it stand well enough on its own two feet as a modern release?

Demon Turf puts you in the role of Beebz, a young demon. She’s tasked herself with taking down the Demon King which, as you’ll probably guess, it no easy task. She can’t just face him head-on; first she needs to take over his turf, and that means making her way through a multitude of levels, filled with platforming challenges. Starting from a hub world, you can access numerous areas, each having its own batch of levels to complete. Your primary goal in each area is to collect batteries; once you have enough, you can face that area’s boss and claim the turf for yourself. Sounds simple enough, right?

There are four turfs to conquer in Demon Turf before you can take on the Demon King. Once you’ve captured a turf by defeating its boss, the levels in that area will change up, providing new opportunities to find more batteries within them. You’ll need to jump back into some of these levels, too; you’ll need 50 batteries altogether to face the Demon King, and playing through all levels the first time doesn’t provide enough batteries.

There are a few tricks up Demon Turf‘s sleeves to make it stand out from your typical platforming game. Outside of levels, there are various other activities to take part in from the hub. There’s a colosseum, for example, where you can test out your fighting prowess (more on Demon Turf‘s combat shortly). And there’s a camera shop where, after visiting, you’ll be given a sub-challenge to take certain photos in exchange for rewards. 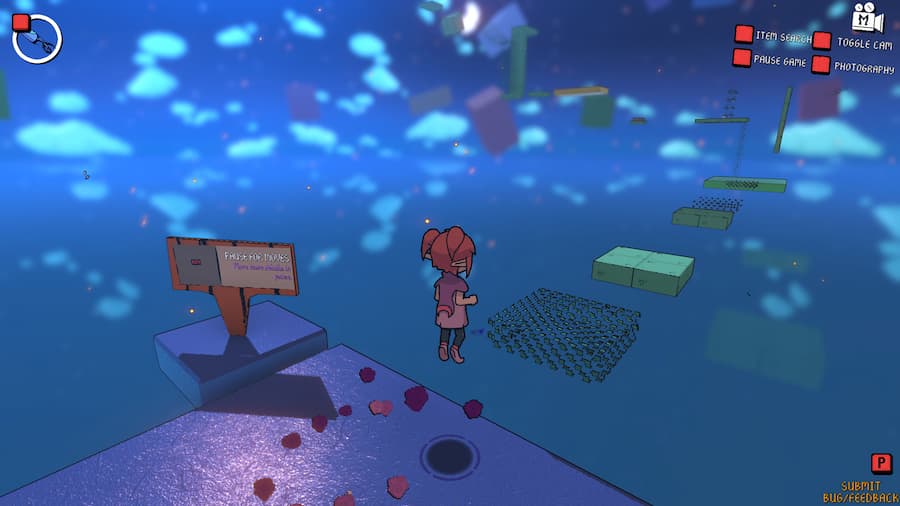 Those rewards, which can also be found in Demon Turf‘s levels, come in the form of cakes and sweets, both of which come in useful for customising Beebz. With cakes, you can purchase mods which change up Beebz’s abilities. Certain mods can make her punch more effective, or change her movement speed, for example. No mod offers a massive improvement by itself, but the right combination can have quite an impact on how you play. Each mod takes up a certain number of slots, and with six to fill, you’ll need to think carefully about what you equip.

Sweets, on the other hand, are used to purchase dyes which can be used to change up Beebz’s hair and clothes. Her appearance doesn’t have an impact on gameplay, but it’s a nice touch to be able to customise her, if that’s something you like to do.

Of course, it’s within levels themselves that you’ll be spending most of your time with Demon’s Turf. Beebz has a range of abilities at her disposal such as a double jump, a spin and a wall jump. You’ll need to quickly learn how to combine these in order to progress past particularly tricky parts of levels; huge ravines might need to be crossed by a jump, double jump, spin combination, for example. Getting the hang of nailing Beebz’s abilities has a slight learning curve, but the controls are easy enough to get the hang of. You’ll likely still misjudge jumps more often than you’d like, though; it’s not always easy to ascertain whether you can make a leap with a single movement of need to chain your abilities together.

And that’s where Demon Turf‘s most interesting trick comes into play: you’re in charge of placing your own checkpoints. In theory, it’s a nice touch; if you’ve just got past a particularly tricky section you can place a checkpoint to ensure that you’ll not need to repeat it again. But with a limited number to use, you need to place them well. Of course, you don’t know what’s waiting for you later on in a level, so use them all too quickly, and you could be left defenceless against the level’s most devilish obstacles. There’s also the fact that you need to remember to put them down in the first place. Being such a unique mechanic, it’s easy to forget altogether. 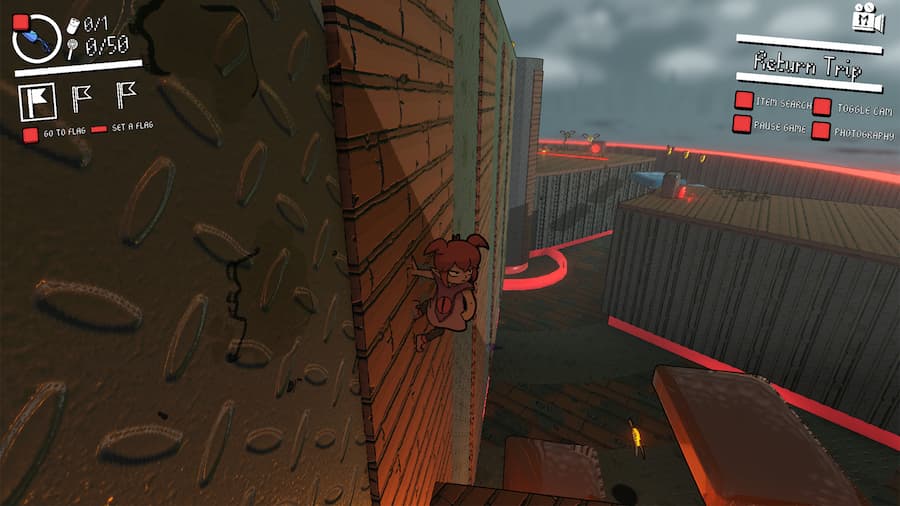 Along with navigating tricky jumps and troublesome platforms, you’ll also need to deal with enemies. Demon Turf‘s combat is perhaps too simple to a fault; Beebz can’t actually kill enemies directly with her attacks. Instead, you’ll need to use your punch attack to knock them off platforms, for example, or send them falling into a spike. If an enemy fires projectiles, you can send their own bullets back at them to kill them, too.

While you’re not necessarily against the clock when making your way through one of Demon Turf‘s levels, your progress is timed, which adds an interesting speed-running element to the mix. You can simply focus on reaching the end and collecting all of the batteries if you want, or you can garner more replayability by striving to get a better time. Practice makes perfect, after all, and as you become more familiar with the obstacles in a particular level, you’ll be able to finish more quickly. 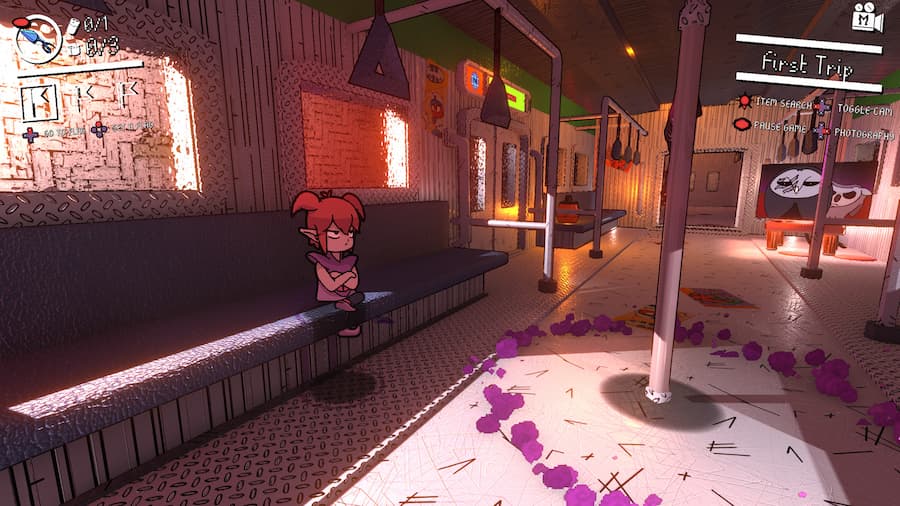 It’s a shame that Demon Turf‘s visuals aren’t more eye-catching; its somewhat dull colour palette and aged textures don’t make for the most visually appealing game. Its use of 2D character models juxtaposed against a 3D world, however, are at least well-designed. Still, a more vibrant setting would go a long way, I think.

Ultimately, you’ll get most out of Demon Turf if you’re an ardent 3D platforming fan. There’s a lot to like here thanks to the range of skills and interesting upgrades up for grabs, and the levels provide a good amount of challenge. It can get a little repetitive though, so you’re better off keeping your play sessions short and sweet. But lean into its wacky sensibilities, and there’s fun to be had.

This review of Demon Turf is based on the PS5 version of the game, via a code provided by the publisher. It’s available on PS4, PS5, Xbox One, Xbox Series X/S, Switch and PC.

A Little Golf Journey is Out Now on Switch and PC 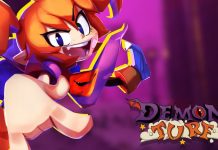