Want a game that will let you embark of a grand adventure, filled with mystery, danger and ancient artifacts? Give Adam’s Venture: Origins a try. Available on PS Now, it’s also one of the easiest platinums you’ll ever get.

In Adam’s Venture: Origins you take control of the titular Adam, who’s up against the evil company known as Clairvaux. Working alongside his helpful assistant, Evelyn, you’ll have to outsmart Clairvaux at every opportunity, and that means solving a bucket load of puzzles. None of them are particularly difficult, however.

With no combat to trip players up, and a very short running time, Adam’s Venture: Origins is great for those who want to rack up another platinum in their trophy collection. Chances are you’ll unlock its platinum within a few hours, making it one of the quickest you’ll ever get. And thanks to PS Now, you can play it without actually having to buy it. 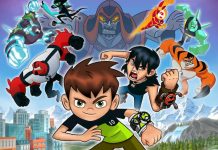