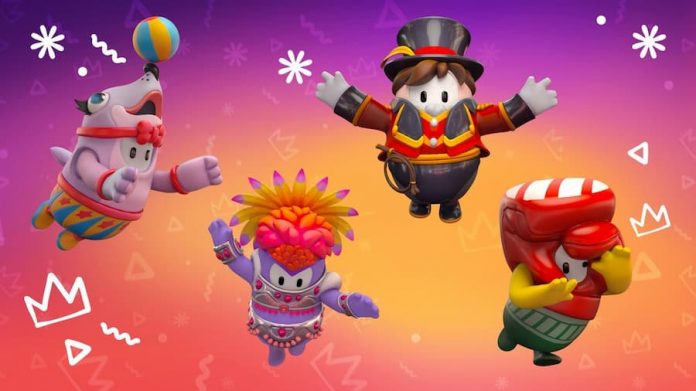 Fall Guys Season 6’s big reveal is nearly here! But if you can’t wait until tomorrow, developers Mediatonic have teased a few of the upcoming additions.

Season 6’s theme is “Party Spectacular”, and you’ll be able to catch the reveal stream tomorrow. But over the course of the past few days, Mediatonic have unveiled some of Season 6’s costumes, as well as three “new” obstacles. We say new, but one is more of a horrifying twist on an existing obstacle.

Here are some of the costumes you’ll be able to don, though they’ll have to be purchased and/or earned, so don’t count on getting any freebies. These aren’t the official names, we should add, but they’re a fair description. The outfits are; Circus Seal, Ringmaster, Tiki Guy and Boxing Glove.

As for obstacles, Season 6 will introduce Vaccum Tubes which, as the name suggests, will send your character hurtling, Sonic style, through a network of tubes and pipes. There’s the Trapeze, which you’ll have to grab hold of – lose your grip and you’ll plummet to your doom. Finally, there are two new SeeSaw varieties, including a challenging 360 degree SeeSaw.

No doubt Season 6 will have more to offer but you’ll have to wait for Mediatonic’s reveal stream, Big Streamus 2: The Dabbening to find out. The stream takes place tomorrow, November 23rd at 5pm GMT / 12pm EST, on Mediatonic’s Twitch and YouTube channels. 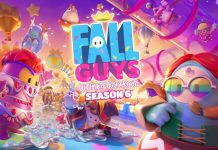