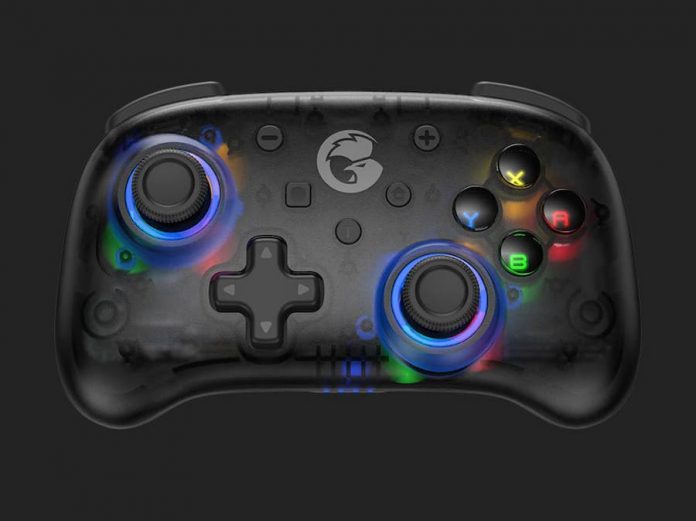 Feel like complimenting the Nintendo Switch Pro Controller with another controller that takes up slightly less space? The GameSir T4 Mini could be right up your street.

No, I’m not being facetious; the GameSir T4 Mini compares remarkably well to the official Nintendo Switch Pro Controller, whether you’re using it on a Switch, PC, Android or iOS. Looking at it, you might think it’s exclusively for children, something you can give to Little Billy so he doesn’t bury your official controller in the sandpit. Not so.

It’s equally at home in adult hands (insert your own filthy joke here) and, as an added bonus, sports an autofire for all those bullet hell arcade roms you definitely haven’t downloaded. I also found it more eye-catching than Nintendo’s own controller; not because of the customisable LEDs, but because of a design feature where the buttons labels are set back inside the controller. So when you look a button it’s like staring through a chunk of glass; it’s a basic but cool little aesthetic touch.

Like the official Nintendo Switch Pro controller it connects via Bluetooth; its multi-platform compatibility doesn’t extend to the Xbox or PlayStation consoles, though that’s not GameSir’s fault – both companies lock their platforms down pretty tightly. But it was a breeze to pair the T4 Mini with my phone and play Pac-Man on the go.

Apps do need to support gamepads and the same is true of the T4 Mini’s vibration feature – if an app or game doesn’t support force feedback/vibration, the pad won’t add it. Portability’s a plus – T4 Mini’s size makes it easy to slip into a pocket and while I wouldn’t recommend dropping it just to test it, it feels suitably sturdy.

It’s also great for PC gaming, though unlike the Xbox One or Xbox 360 controllers, Steam needs to be told you’ve got one plugged in the first time you use it. Once I’d done that, I had no problem at all using it for most games. I threw the Doom remake and Left 4 Dead 2 at it and sensitivity felt spot on. Super Street Fighter II, played through the Capcom Mini Arcade, worked well and, despite making extensive use of the d-pad, my thumb remained blister-free.

The reason the T4 doesn’t feel fiddly is because, while it’s a more compact controller, the buttons and thumbsticks remain full size. The joysticks are closer than they are on a DualSense, however, which could be a problem if your hands are bigger than most. The T4 Mini delivered the promised ten hour battery life and I was able to charge it back up in just under three hours, again, as promised by GameSir.

Hang on… ten hours? Yes, that’s far less than the official Nintendo Switch Pro Controller, which promises around 40 – so that is worth bearing in mind. If there is one other catch with the GameSir T4 Mini, albeit one that’s likely to affect other similar sized pads, is that it doesn’t feel 100% secure in your hands compared to a chunkier pad. Yes, it’s very comfortable but without the Xbox or PlayStation controller’s longer ‘wings’, you’re not able to grip it quite as tightly.

Should it be your first choice for a PC gamepad?  Not quite – that honour belongs to the official Xbox One and Xbox Series X|S controller. But, ultimately, the GameSir T4 Mini is still a great little pad; at $35.99 it’s one of the cheapest wireless controllers around. Particularly if you’re considering it for Switch usage; it’s much cheaper than the official Nintendo Pro Controller, and with relatively few trade-offs. And if you’re looking for a portable pad, something to play Android or iOS games without having to swipe the screen, look no further. It may be small but you shouldn’t underestimate the GameSir T4 Mini.

A controller was provided by GameSir for the purposes of this review. 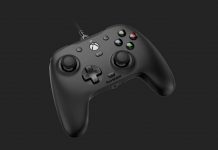 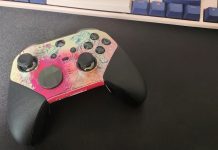