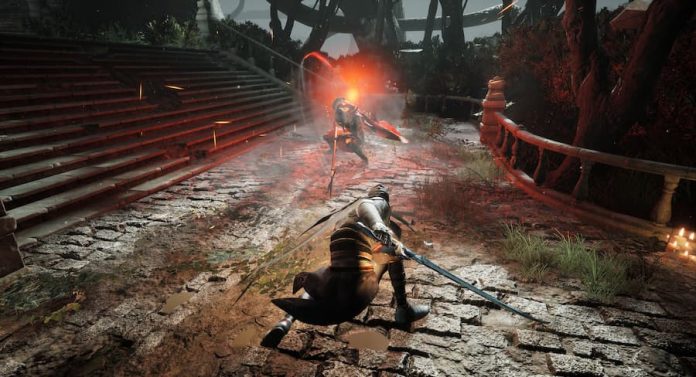 Thymesia, originally pencilled in for a 2021 release, has been pushed back till 2022. The good news is that it’s arriving on consoles.

This gloomy action-RPG casts you as Corvus, a sword-wielding crusader who’s struggling to save his beleaguer homeland. His moniker isn’t just something his parents picked out of the Goth Baby Names book, he’s actually half-human and half-crow. No, we don’t know how that happened and, since Corvus has lost his memories, neither does he, but we wouldn’t be surprised if one parent is banned from the local aviary.

The expression “Souls-like” gets a lot of use, but we’re on pretty safe ground here. According to developers OverBorder Studio, Thymesia features “Punishing combat.. players will need to use their entire arsenal to avoid death; dodging attacks and parrying at precisely the right time will be instrumental to survival.”

Their inspiration is pretty clear, but that’s no bad thing. Thymesia looks suitably impressive (and grim) in action, and the concept of stealing enemies’ disease-based weaponry has us intrigued. However, we’re going to have to wait to get our hands on the final game; it was set to be released on PC last week but it’s since been delayed till 2022.

It is, however, arriving on PlayStation 5 and Xbox Series X|S as well as PC, published by Team 17. OverBorder have stated that they “need a little longer to work on the finishing touches”. Hopefully, when it does eventually see the light of day, Thymesia really is something to crow about.