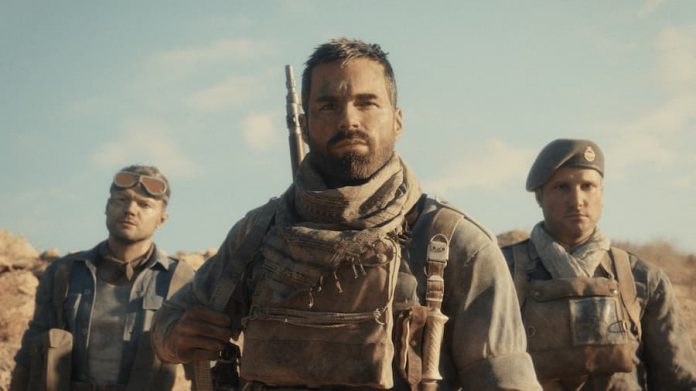 Another year, another Call of Duty game. The good news is, though, that Call of Duty: Vanguard is one of the better entries in the long-running series.

As ever, this latest Call of Duty is a multi-faceted affair; there’s a single-player campaign, complete with a dramatic story set during World War 2, a Zombies mode that presents some enjoyable co-op action, and a whole host of competitive multiplayer modes.

While it’s impossible to really say how many hours of gameplay players will get out of Zombies and multiplayer, some might be wondering how long it takes to beat Call of Duty: Vanguard‘s campaign. That we can help with. With nine missions to complete, players are likely to beat the campaign in around 5-6 hours. Not very long then.

It’s about the usual length for a Call of Duty campaign these days, though, and it’s one of the best we’ve ever played though. There’s some real variety to be found, especially as the four characters its puts you in control of each have their own unique perks and mechanics.

It’s just a shame that there’s much reason to go back to it once you have beaten it. There are no collectibles to find, and no choices to make that affect how it plays out. Only trophy or achievements hunters are likely to play through it more than once. There are trophies and achievements for doing certain things in each level, for example, and also for completing the campaign on Veteran difficulty.

Most players, then, will complete the campaign of Call of Duty: Vanguard in 5-6 hours and then be done with it. Though some might end up spending around 8 or more hours with it overall, depending on how quickly they can make their way through it on Veteran difficulty, which is pretty damn hard.