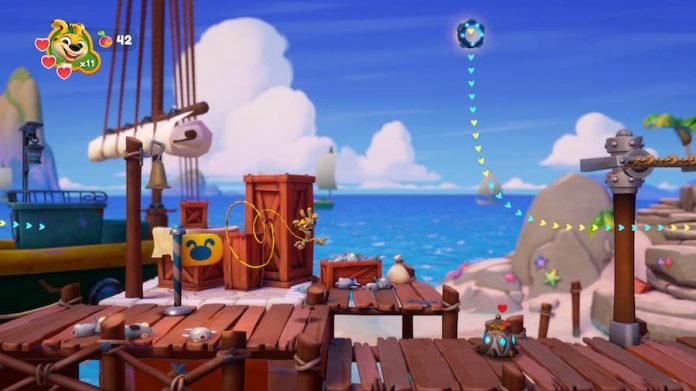 You might not have heard of Marsupilami – I hadn’t – but it doesn’t matter; this videogame spin-off makes for a delightful platforming adventure regardless.

It turns out, in fact, that the character of Marsupilami – a marsupial with an impossibly long tail – has been around for almost seventy years. Yes; its first appearance was in a French-Belgian comic back in 1952. Since then, the character has spawned its own long-running comic book series and a number of animated cartoons. In 2012, there was even a film. Heck, there are statues of Marsupilami to be found in France and Belgium.

It seems, though, that the franchise’s popularity hasn’t exactly been international. That hasn’t stopped publisher Microids from bringing Marsupilami – Hoobadventure to our shores, however, and we’re glad for it. Despite its ridiculous-sounding name, this is a gorgeous 2D platforming adventure that’s well worth checking out if you’re a fan of the genre.

Despite being heavily marketed as a game for children, there’s plenty here for any age to enjoy. In fact, I’d argue that the difficulty spike in the last of Marsupilami – Hoobadventure‘s three worlds means that children are going to have a very tough time beating the game by themselves. While not quite as challenging as, say, Crash Bandicoot 4: It’s About Time, the developers certainly took a leaf out of Toys for Bob’s book when it came to creating timing and precision-based platforming sections that are going to give you a run for your money.

This is a surprisingly beautiful-looking game. Although you’re playing on a 2D plane, environments are brought to life in 3D, with a stunning use of colours making each level really pop off the screen. There are two dozen levels split over three worlds, and each one feels unique to the one that came before it. Yes, it’s fairly short compared to other games in the genre space, but it just means it never outstays its welcome. If you’re rushing through to the end of each level, you’ll be done with the game’s adventure mode in three to four hours. There’s reason to stick around, though, in the form of hidden areas, bonus levels and collectibles to find. 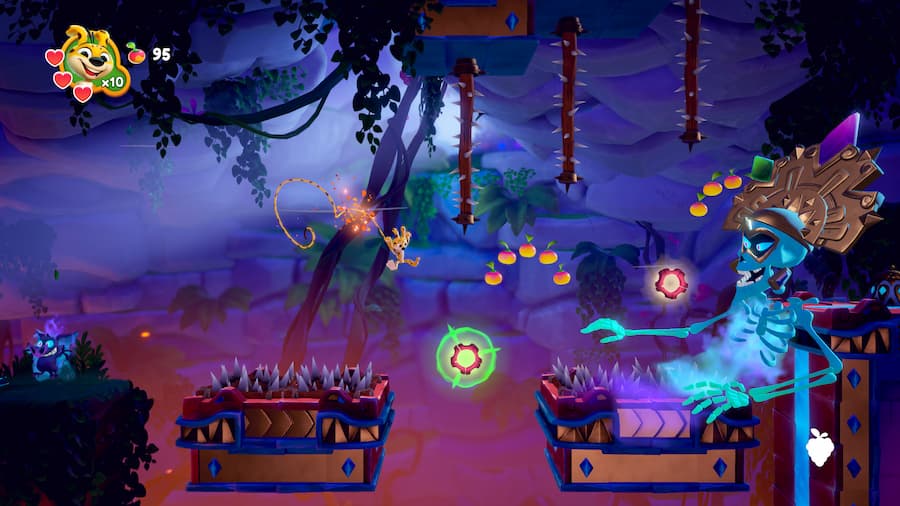 Once you’ve beat a level in adventure mode, you’ll unlock its time trial mode, which challenges you to run through the level as quickly as possible. It’s another way to play and adds some longevity to the game, particularly as you can keep trying to set yourself a new time record.

Speed runs aren’t for everyone, of course, and so most people will be spending their time with Marsupilami – Hoobadventure‘s adventure mode. Most levels can be taken at your own pace, stopping to explore, collect everything and defeat enemies without rushing. There are a few levels that force you to run, however; whether it be because the screen scrolls ever forward, or that you’re being chased by a giant boulder. These types of levels add a nice bit of variety into the mix and ensure gameplay constantly feels fresh. 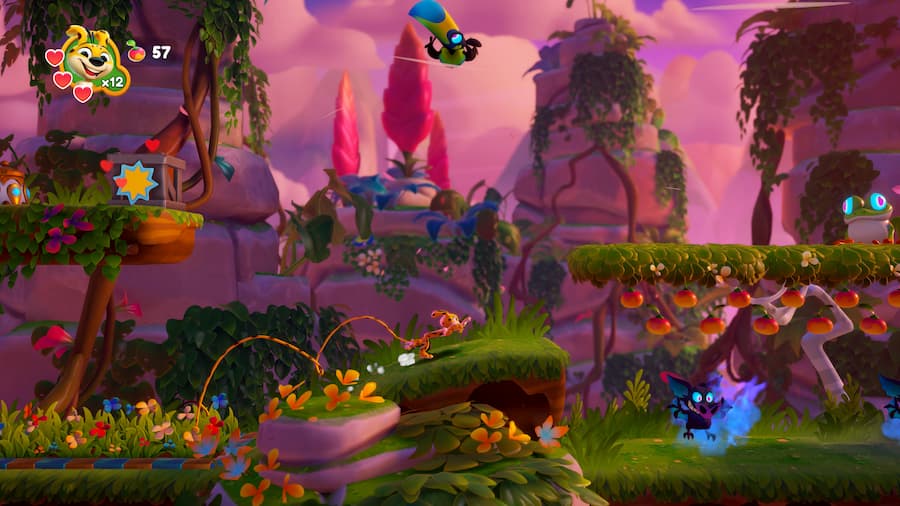 You’ll also find some challenge levels as you work your way across Marsupilami – Hoobadventure‘s small map. These task you with grabbing tokens in a set amount of time, making your way around a small arena-type level. You’ll need to be fast and make use of Marsupilami’s repertoire of moves; you can dash, roll, wall-jump, and swing from certain obstacles. It goes without saying that you’ll need to use all of those to make your way through the game’s main levels, too. It’s no problem to begin with; levels are easy-going and kid-friendly. But as I’ve already mentioned, the latter stages of the game require serious precision, so be ready to retrace your steps several times until you nail a sequence.

While there’s some disparity between Marsupilami – Hoobadventure‘s target audience and its difficulty spikes, there’s no denying that there’s an excellent 2D platformer here, suitable for all ages. For fans of Crash Bandicoot and Rayman, you’ll find a lot to love in this charming and surprisingly beautiful adventure – even if you aren’t familiar with its long-tailed protagonist.

This review of Marsupilami – Hoobadventure is based on the PS4 version of the game, via  a code provided by the publisher. It’s available on PS4, Xbox One, Switch and PC.