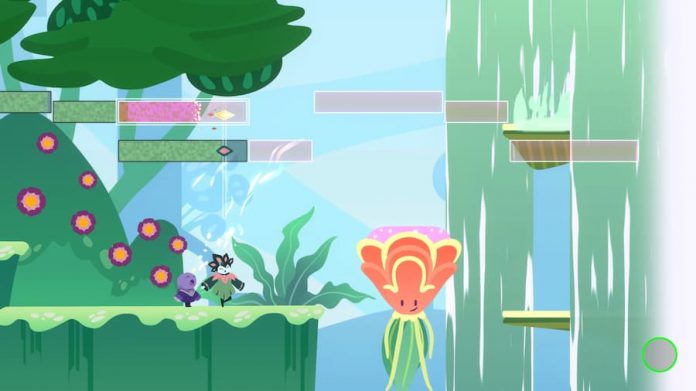 What is the sound of one hand clapping? “Cl” or “ap”. But One Hand Clapping is also the name of an uplifting musical platformer arriving this December.

What sets One Hand Clapping (currently in Early Access on PC) apart from other equally indie platform games is that it reacts to your own vocal performances. By “reacts” we mean it acknowledges the noise coming through your microphone and integrates it into the game. So you could find your path blocked and, by singing, you’ll make a flower grow which will, in turn, act as a platform to cross the ravine.

At this point, you might be feeling a little self-conscious – we know we are. What if your singing voice is as melodic as a set of bagpipes being hurled into an industrial shredder? The good news is that while One Hand Clapping’s gameplay and story are designed to boost your confidence, it won’t be judging you.

In fact, instead of singing, you can pick up a guitar or, in theory, yell expletives into the microphone though One Hand Clapping seems so adorable we doubt we could maintain that level of mean-spiritedness. Its protagonist out to find their melody, to truly express themselves which, as quests go, is certainly uplifting; maybe we could manage a “FECK FECK FECK FECK” or two.

Published by HandyGames and developed by Bad Dream Games, One Hand Clapping will be released this December 14th, arriving on Google Stadia, PlayStation 4, Xbox One, Switch, iOS, Android and PC via Steam or the Epic Games Store. 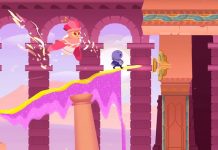