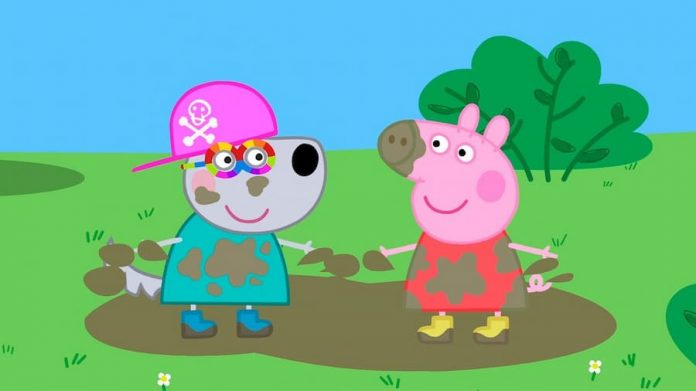 If you have a little one who you want to introduce to video games – particularly if they happen to be enamoured with Peppa Pig, Outright Games recently released the perfect title.

Outright Games has made a name for itself in releasing children’s games that tie into a particular franchise. We’ve had Gigantosaurus, Fast & Furious: Spy Racers, even The Addams Family. Most recently, we have My Friend Peppa Pig. This time, the target audience is younger than ever – it’s perfectly pitched at three-to-four year olds who are just learning to use a controller. And, aside from a few technical hitches, it nails its demographic perfectly.

Most TV series tie-in games adopt a new art style, and they generally don’t have the same voice actors (or any voice acting at all). These are typically budget games, made as cheaply as possible, with the aim to capture the attention of fans of a franchise (or their parents). Where My Friend Peppa Pig differs, however, is that it looks exactly like its television counterpart. Its crayon-effect, chunky 2D visuals have been recreated perfectly, making this one of the nicest-looking children’s games from recent years. Better yet, it features some of the series’ voice actors too – most notably Amelia Bea Smith, the current voice of Peppa. (‘Perfectly splendid’, you’ll say, if you happen to have watched The Haunting of Bly Manor.)

Obviously, there’s not much in My Friend Peppa Pig for those over the age of six or so (other than very easily obtained achievements), but for its intended audience, I can’t think of a better game. It’s designed to look and feel like an episode of the cartoon, and it nails it from the get-go. Children will create their own character, choosing a species and some basic aesthetic choices. From there, you’ll begin in Peppa’s bedroom – a brand new friend for Peppa to play with! Peppa very much runs the show, as she does in the TV programme, suggesting where you can go next and what you should do. But the player has full freedom to explore My Friend Peppa Pig‘s small but perfectly formed side-scrolling world. 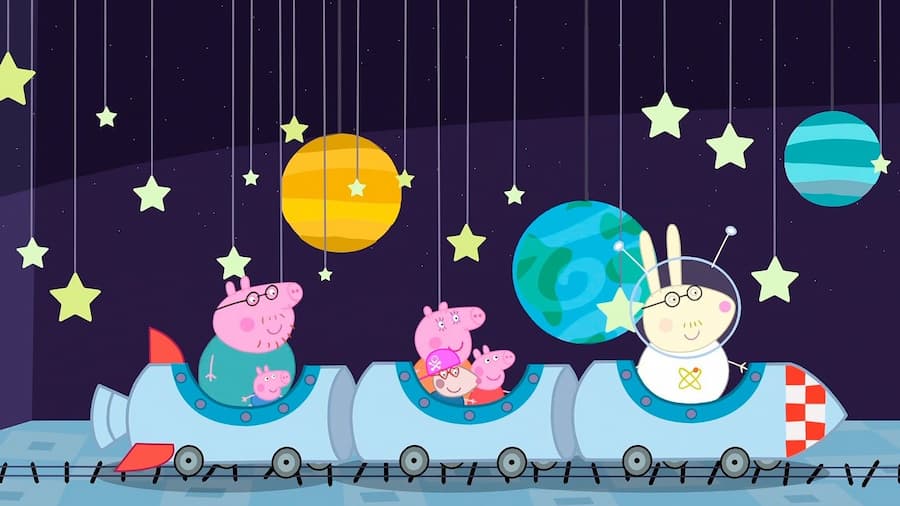 There are several distinct areas to explore, each with their own little activities to complete. There’s Peppa’s House, the beach, Granny and Grandpa’s House, a castle, the museum, the woods and a play centre. But getting to each one can provide a little tricky, as there’s no map. You’ll simply walk left or right across the screen, or jump in either Daddy Pig or Grandpa’s vehicle, and see where you end up. The result is that you’ll often end up in the same places again and again, hearing the same few lines of dialogue. For young children, it probably won’t be too frustrating, but for the parent who is sitting watch – your eye might start to nervously twitch after a while.

The activities to be undertaken at each of these locations are as simple as can be. Players can jump in a muddy puddle outside Peppa’s House, or maybe they’ll need to help Daddy Pig find his misplaced glasses. Over at Granny & Grandpa’s, Granny needs some help rounding up her chickens, which are easily spotted around her garden. Every single interaction uses the same button, and moving left to right is a simple case of using the thumb stuck. There’s nothing complex here for small hands, then, making it the ideal game to practice holding and using a controller. 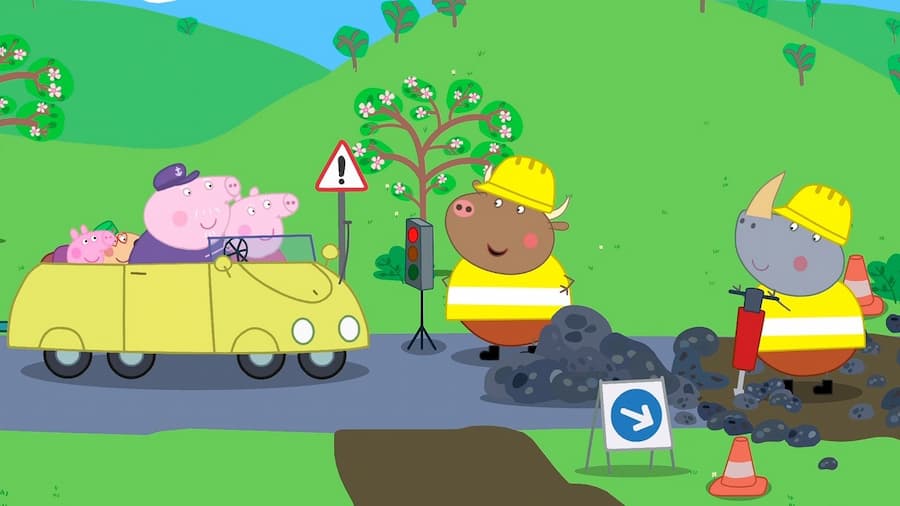 Truth be told, there’s less than an hour’s worth of content in My Friend Peppa Pig, making its £34.99 price tag a little questionable. But since there is plenty of replayability here – kids will watch the same movies and TV episodes again and again, after all – it’s a worthwhile consideration for young fans of Peppa Pig. No other kids game has ever come as close to perfectly recreating the look and feel of the TV series it’s based on. And so, the joy on a young child’s face as they star in an interactive episode of their favourite cartoon? That’s priceless, surely.

This review of My Friend Peppa Pig is based on the PS4 version of the game, via a code provided by the publisher. It’s available on PS4, Xbox One, Switch and PC.