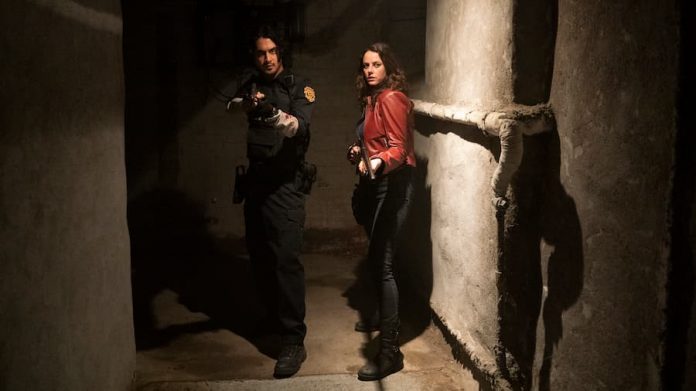 Resident Evil: Welcome to Raccoon City’s latest trailer focuses on the horrors the Umbrella Corporation has been inflicting on the town’s populace for years.

The trailer, which runs just over a minute, doesn’t add much else to our existing knowledge of the movie, but it does serve as a reminder that we’ll be seeing Lisa Trevor. Revealed in previous trailers, Lisa Trevor was a character introduced in the original Resident Evil GameCube remake, the daughter of the architect who designed the mansion. Like her father, she was too much of a liability though he, at least, was allowed to die.

Instead, through no fault of her own, Lisa ended up being warped into an agonizing form and in-game, despite her murderous intent, is painted as a tragic figure. She spent around forty years roaming the areas in and around Resident Evil’s mansion. Granted, her habit of collecting faces wasn’t a good look, but when you consider what the Umbrella Corporation put her through, it’s not surprising she went off the rails.

Will she be an ally or enemy? Our money’s on both; we suspect she’s end up being instrumental in taking Umbrella down. But you can find out for sure when Resident Evil: Welcome To Raccoon City comes to cinemas this December 3rd.