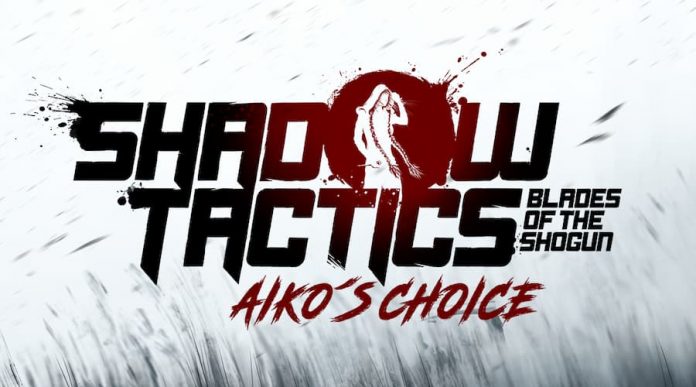 On 6th December, 2021, Shadow Tactics: Blades of the Shogun will be five years old.

Developer Mimimi Games believes that’s something to celebrate, and so it plans to release a standalone expansion for the game on that very same day. Aiko’s Choice offers a story set within that of Shadow Tactics: Blades of the Shogun. It takes place between the missions Attack on Kanazawa and The Death of Kage-sama, in fact, so while it’s a standalone expansion that doesn’t require the base game to play it, your enjoyment of it will be severely limited if you don’t. Shadow Tactics: Blades of the Shogun is a game very much worth playing, too. You can read our review to find out why, and you can pick it up cheap now. On Steam, it’s currently on sale for the bargain price of just £3.49 until 16th November.

Upon its release, Aiko’s Choice will present players with six new missions to work their way through. Three of those are fully-fledged, offering brand new expansive environments. The other three are shorter interlude missions. We’ve been lucky enough to go hands-on with one of each, and rediscovered why we liked Shadow Tactics: Blades of the Shogun so much upon its release. It’s also clear, however, that these missions aren’t going to be easy.

The first mission we tackled was an interlude mission, putting us in control of Takuma. For those who haven’t played Shadow Tactics: Blades of the Shogun, he’s an old man who has a pet Tanuki called Kuma. Trapped in a cage on a ship at the start of the mission, the action begins upon Kuma setting him free. With nowhere to go until the ship reaches its destination, however, he decides to make himself useful by marking some weapon crates he’s spotted on the ship for destruction. 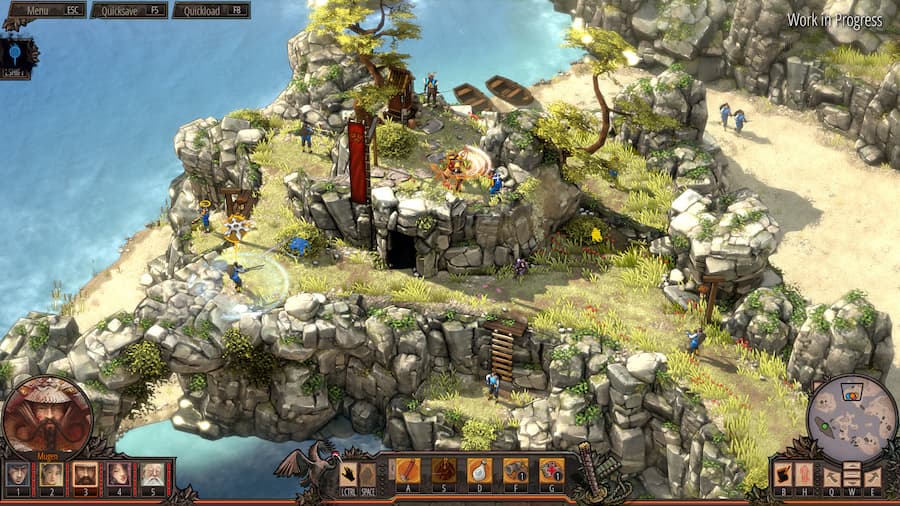 With Takuma unable to to kill or knock out enemies at close range, he needs to make use of Kuma to safely move around the ship and mark the required crates before seeking safety in its Crow’s Nest. That means instructing Kuma to move to certain positions, before howling to gain the attention of guards nearby. Some guards, however, aren’t quite so easily distracted. For those, you’ll either have to hone your sneaking skills, or think outside the box. Maybe you can use a lever to drop a box on them, for example.

After wrapping up the short interlude mission, our next mission found us in control of the entire Shadow Tactics: Blades of the Shogun team. The ship had docked, and the weapon crates split up and moved onto land. And while Hayato, Mugen, Yuki and Aiko haven’t been in contact with Takuma, they soon work out that those crates are marked for a reason. So, they decide to destroy them, and then set about rescuing Takuma.

Just like in the main game, each character has their own set of skills and equipment, and you need to make use of them all effectively to succeed in your task. Mugen, for example, is the only character who can kill Samurai at range thanks to his powerful hand cannon, while Aiko is skilled at disguise. They also have some things in common though – with the exception of Takuma, they can all kill or knock out unarmoured enemies out at close range, and most have access to a matchlock pistol.

Blending stealth and strategy, it’s up to you how you achieve your objectives, though you have some helpful tricks up your sleeve. Shadow mode, for example, allows you to record actions with multiple characters, and then execute them all at once or one after another. It’s particularly useful when you want to eradicate numerous enemies at the same time to avoid an alarm being raised. Anyone that has played Shadow Tactics: Blades of the Shogun, though, will know that there’s plenty of trial and error involved. Aiko’s Choice is tough and you’ll no doubt make many mistakes as you set out to achieve your goal. We certainly did during our time with the second mission. 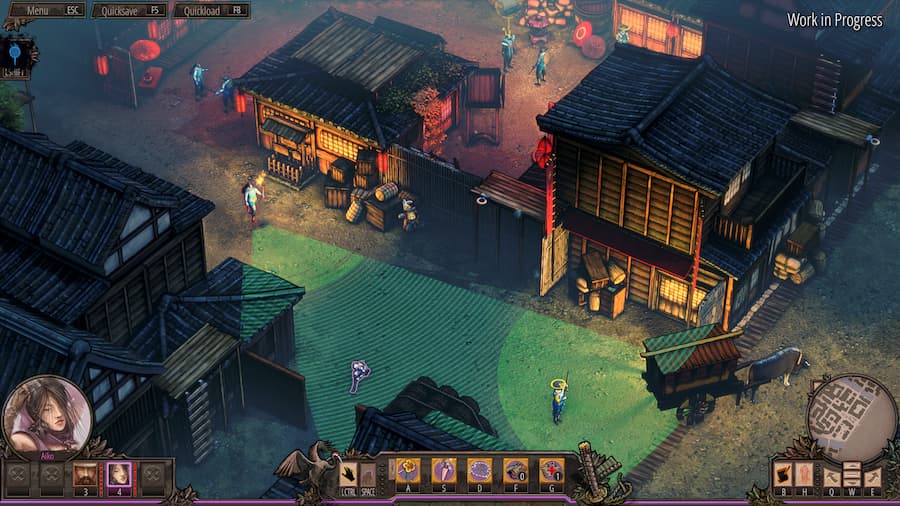 But when you get things right, it’s very rewarding. Even if your success is the result of save scumming, which Aiko’s Choice makes it easy as ever to do. Simply achieving your goals gives you a sense of accomplishment, but there’s every chance you might want to play through missions again on a higher difficulty, striving to make effective use of each character’s strengths and using Shadow Mode to overcome those tricky situations where there’s not much room to move without being detected.

Needless to say, fans of Shadow Tactics: Blades of the Shogun should definitely keep Aiko’s Choice on their radar. It may simply offer more of the same, but it’s not much of an issue given the five year gap. And then there are the new environments and story elements to consider. Providing the price is right, you can’t go wrong. 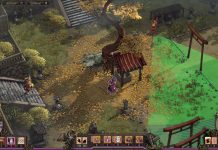 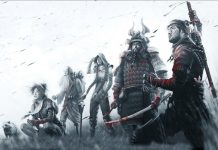 Shadow Tactics: Blades of the Shogun Review: Control Your Edo 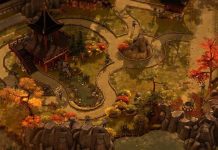 Shadow Tactics: Blade of the Shogun gets launch trailer