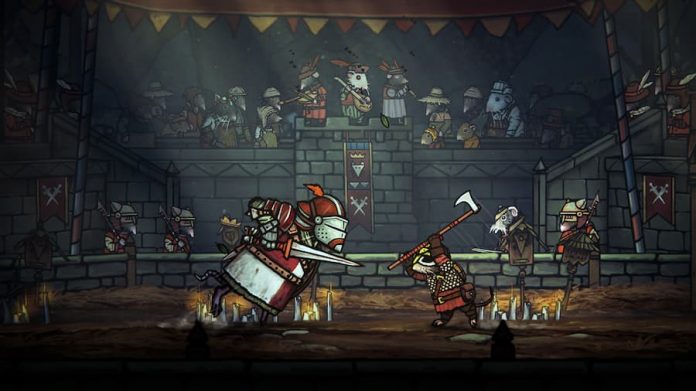 If you’re into action RPGs with brutal combat, then you really should play Tails of Iron if you haven’t already done so.

Putting you in control of a rat called Redgi whose kingdom has been invaded by frogs, Tails of Iron throws you into an adventure full of challenging encounters. In order to make your kingdom safe again, it’s up to you to travel far and wide, completing the requests of townsfolk and eradicating any beasts or bugs that may still pose a threat. We love it, hence giving it a great 8/10 in our review. And now it’s just got better.

Bloody Whiskers is an expansion for Tails of Iron, adding a new post-game questline to follow. It finds Redgi having to prove his worth once again, engaging in deadly combat against the most lethal of warriors from across the land. Should he overcome the challenge, he’ll finally be able to unravel one of the game’s biggest mysteries…

The new questline isn’t all that Bloody Whiskers adds to the game, however. Two new difficulty modes are also on offer, allowing you to make Tails of Iron easier or harder depending on your preferences. There are also new weapon skins and outfits to discover, new boss fights, and multiple new rooms.

Available now on PS4, PS5, Xbox One, Xbox Series X/S, Switch and PC, perhaps the most important thing to note about Bloody Whiskers is that it’s absolutely free. So, if you own Tails of Iron on any of those formats, simply update your game and you’ll have all the new content and features waiting for you. And if you’ve not played Tails of Iron, there’s never been a better time.

Buy Tails of Iron on Amazon