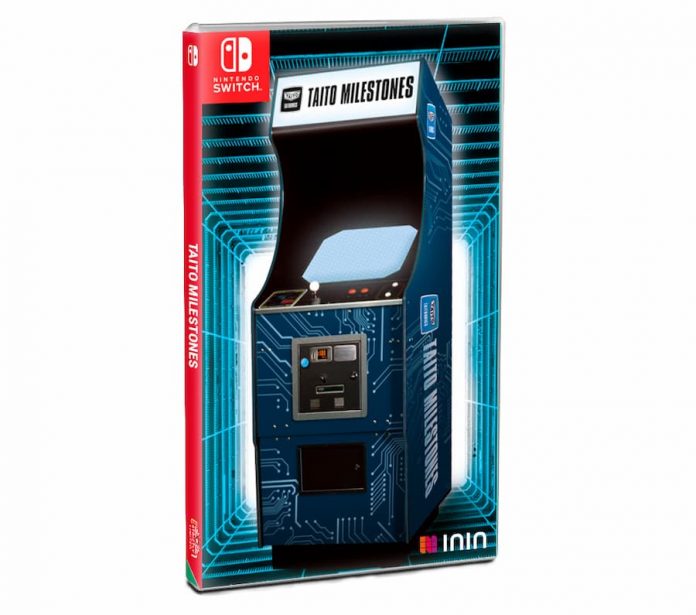 Taito Milestones is an upcoming compilation that brings ten “classic” arcade games to the Nintendo Switch.

Tait-who? Taito, in case you weren’t around at the time, was a company that was instrumental in creating some of the 80s and 90s best arcade games. So why is classic in quotation marks? Because our immediate reaction to the announcement of this Nintendo Switch compilation was seething rage at the exclusion of Bubble Bobble and New Zealand Story.

However, there’s an explanation, one that doesn’t flying to Japan and having a sit-down protest at Square Enix, who now own the company. The milestone games are presented in chronological order, so New Zealand Story won’t be arriving till Vol. 2 if, indeed, there is a Vol. 2.

Here are the titles you do get with Taito Milestones:

Yes, that’s only nine games, the tenth has yet to be revealed. There are a few memorable titles in there, Elevator Action for one, but the game that really stands out for us is QIX. It was a deceptively simple game which had you drawing shapes across an arena. The catch was that if an enemy hit your “tail” before you completed a shape, you lost a life. QIX spawned multiple knock-offs, such as Frenzy for the Acorn Electron. It also inspired some very suspect “adult” arcade games, including one where Robocop and Indiana Jones fought over a nude lady.

The Japanese version of Taito Milestones is set for a February 2022 release but the Western release date has yet to be revealed.  The collection will be released digitally and physically on the Nintendo Switch, with both a “limited” and collector’s boxed edition coming courtesy of Strictly Limited, costing €39.99 and €89.99 respectively. You’ll be able to pre-order either from Strictly’s Limited’s website tomorrow.